Turkish passion in the Crimea 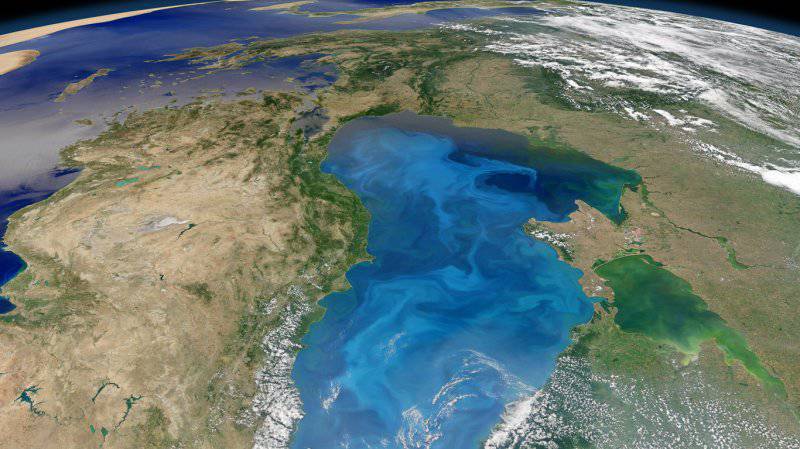 The aggravation of the political crisis in Ukraine did not go unnoticed in Turkey: Ankara believes that the weakening of the central Kiev authorities will help it to strengthen in the Crimea, having received the necessary support from the local Tatars. Turkish politicians are looking for a reason to reject the peninsula, and for the sake of it attract historians. For example, in the Turkish media on 60, the anniversary of the transfer of Crimea to Ukraine, articles were published stating that Russia, having incorporated the peninsula into Ukraine, violated the agreements with Turkey concluded at the end of the 18 century! Is such meticulousness of journalists accidental? Hardly.

Crimea is a pain point of Ukraine. Even before the recent political crisis, people lived here “not as” as in other regions of the country: the colorful national composition of the population always made itself felt. The peninsula since ancient times was a place of contact and mixing of civilizations, nations. But in modern stories the longest, the Crimea was under the control of the Russian and Ottoman empires - they formed the existing cultural landscape of the region.

It is not surprising that the confrontation between the Slavic and Tatar, Orthodox and Islamic worlds in the Crimea is still ongoing. The Russian Federation, as the heiress of a great empire, has not lost its influence on the peninsula, although it is in the composition of another state: what only is the recent 20-thousand rally in Sevastopol worth!

At the same time, the Republic of Turkey, like the successor of the Ottoman Empire, has its levers of influence. First of all, it is the Crimean Tatars - the people, by culture and religion close to the Turks. In a crisis of central power, the Tatars hold their own meetings and put forward their ultimatums. For example, at the end of last week, the Crimean Tatar community demanded to demolish all the monuments to Lenin on the peninsula, as well as to hold early elections to local authorities.

Fortunately, so far the verbal skirmish between the Russian and Tatar communities of Crimea has not grown into something more. The parties are limited to mutual accusations of infringing on each other’s rights, and are fighting through legitimate methods. However, when governments collapse across the country, legitimacy turns into a phantom. Probably, in the foreseeable future, the Crimean Tatar confrontation in the Crimea will become one of the most complicated conflicts in Eastern Europe.

In addition, we must pay attention to the particularly friendly relations between the Crimean Tatar community and nationalists from Western Ukraine: it seems that the new central government is ready to rely on the Tatars in order to preserve the Crimea as part of Ukraine, and only pour oil on the fire.

Today, the share of Tatars in the total population of the peninsula is increasing. Migrants sent to 40 in Central Asia return to Crimea. In 1991, the Tatars in the region were incredibly small - then few people thought about returning to their historic homeland. However, in the years following the collapse of the USSR, the pace of repatriation became avalanche-like, and now the eastern and central parts of the Crimea are almost completely occupied by the Tatars. The southern coast, Sevastopol, Kerch, the western areas of the peninsula are populated by Russians.

The situation is complicated by the fact that the birth rate in the Tatar community is much higher than in the Russian or Ukrainian. This means that the proportion of Orthodox Slavs will steadily decrease from year to year, while the number of Muslim Tatars in the coming decade will reach a peak over the last 300 years.

Actually, it’s no secret to anyone: whoever owns the Crimea and the Straits owns the Black Sea. Ukraine, as a weak state, could not benefit from its strategic location, but Sevastopol and most of the Black Sea fleet belong not to her, but to Russia. Russia today is militarily the strongest power of the Black Sea basin, and could become even stronger if, in addition to Sevastopol and several military facilities, it would receive the whole Crimea.

The fact that the Crimea belongs to Ukraine is in the hands of the NATO bloc, including Turkey, which is part of it. Russian troops on the peninsula are legally limited in their capabilities, which negatively affects Russia's naval power.

At the same time, NATO itself in the Crimea is also limited. Sometimes military vessels of Western countries sometimes enter the Crimean ports, but they remain here for a short time.

However, Turkey intends to increase its influence in the Crimea not with the help of the military: it has the Crimean Tatar community at its disposal. Using informal funding channels, it is possible to ensure that the Crimean Tatars in a short time "ripe" to their national state. And then it will turn out to use the Cypriot precedent, coming to the aid of the “blood brothers”: in 1974, Turkish troops invaded Cyprus, and a few years later, an unrecognized Turkish republic was created in the northern part of the island. Quite possibly, the same scenario is prepared for the Crimea.

Turkey is now carefully putting forward demands for the return of the Crimea that it lost in the 18 century. But so far, Ankara’s position is cautiously voiced not by politicians, but by the Turkish media: it turned out that the transfer of Crimea to Ukraine’s 19 February 1954 was illegitimate, and Moscow allegedly violated the Turkish-Russian agreements three centuries ago. Moreover, the Turkish authorities were not informed of the subordination of the peninsula to another republic, which the Turkish media regard as abuse by Russia.

In 1968, Turkey has already tried to sue the Soviet Union on this matter in the International Court of Justice. At that time, relations between Moscow and Ankara were tense due to the events in Czechoslovakia, and, moreover, NATO missiles were deployed to Turkey a decade earlier, and the republic itself joined this military bloc.

Turkey demanded from the UN court the impossible: to declare Crimea Turkish autonomy in accordance with the terms of the Kyuchuk-Kaynardzhskiy peace treaty from 1774 year. According to the Turkish interpretation of this agreement, Turkey recognized only the sovereignty of Russia over the peninsula. According to Turkish diplomats, when Crimea became part of Ukraine, Russia lost sovereignty over it. And this means that the status quo is broken, and Ankara has the right to act in relation to the Crimea at its own discretion.

In 1969, an international court rejected the absurd lawsuit against Turkey, because at that moment "the transfer of territory took place within the framework of one state that legally represented Russia."

But such an excuse cannot be used after the collapse of the Soviet Union, when the Crimea became part of Ukraine, and Russia formally does not belong. In the issue of the Turkish newspaper Hurriyet from 29 in January 2014, an article was published, stating that if destabilization of the political situation in Ukraine would lead to the secession of the Crimea, Turkey would demand that the peninsula be transferred under its control.

It must be remembered that journalists are not in vain considered to be the “fourth estate”: it is possible that Europe and Turkey are actively preparing for the invasion of Crimea and its transformation into a Tatar republic dependent on foreign sponsors. The Crimean peninsula is a very tasty morsel, which allows access to the Caspian Sea, the North Caucasus and Central Asia. The fleet base in Sevastopol is the most important and almost the only obstacle on the way from the West to the eastern countries. The loss of the peninsula or Sevastopol for Russia is death like: thus the southern borders of the federation will be completely bare. In addition, Russia will remain without access to the Mediterranean Sea.

It seems that the establishment of foreign control over the Crimea, the entry of NATO troops or Turkey there is one of the most important tasks for Washington, Brussels and Ankara. Having torn off the Crimea from Ukraine, taking it under his “care”, having built military bases on the peninsula, the West will direct the tip of the dagger directly to the Volga-Don steppes.

Ctrl Enter
Noticed oshЫbku Highlight text and press. Ctrl + Enter
We are
Energy blockade of the Crimea. Great damage to the economy and an attempt to genocide the populationRussia, Turkey and the "Crimean Question"
Military Reviewin Yandex News
Military Reviewin Google News
66 comments
Information
Dear reader, to leave comments on the publication, you must sign in.