Who will pay for the banquet? EU wants to check Russian 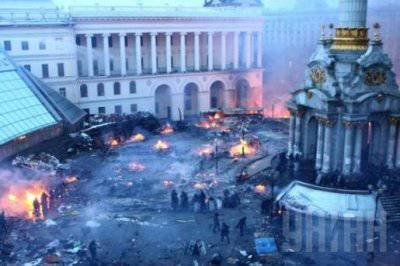 “I think we all feel a certain anxiety, how to find ourselves in a situation when democratic standards and standards of state law are vulnerable in conditions, I will say frankly, when we rely on the effects of revolution”- Yasnovolmozhny President of Poland declared today Bronislaw Komorowski.

And the newly-made Verkhovna Rada, whose legitimacy will challenge any district court, works by stamping laws like hot cakes 24 an hour a day. And he is already preparing for elections in May, although according to an agreement signed between Yanukovych and the opposition, the elections should have been called only after the completion of the constitutional reform. But who cares?

Once in the desired seats, the new Hetmans plow that damned, without breathless. On Saturday and Sunday, they drove democratically, with the help of legs and fists, to vote in the Communist and Regionalists BP, threatening them and their families, and yesterday they even beat Pan Oles Dony, who was beaten the last time in the Soviet Union. And who beat, the most offensive is Svoboda, allies in the fight against Moskal.

And Mr. Komorowski continues further - “This moment is always an election, because even if a temporary power was not necessarily created according to the Constitution, but it was accepted by the people, then the results of the elections will show it, democratic aspirations can be completely reassured after the elections.”

I wonder what Komorowski will say, and what this most temporary power will do if the people who stand on the Maidan do not recognize the results of democratic free elections? But it is quite likely. Will the Maidan meet again, and there will be new elections again? And who will pay for this whole circus again - perhaps Poland, whose politicians were patrolling around Kiev with shouts of "Glory to Ukraine!" Since mid-November last year? So no, Poland does not want to pay, the country's prime minister, Donald Tusk, said that you are cool guys, but we will not tear your veins because of you.

He added that the danger of separating Ukraine is still there, and therefore it is necessary to create a transitional government in which all regions of the state will be represented.

The list of deputies of this transitional government is already online. Tomorrow we will see if it is true, but in the case of such a composition - I suspect that the south-east of the country will be just in shock. One appointment Farion Minister of Education and Parubiya - The Minister of Defense is the purest nonsense, I am even silent about Benyuk.

But what the leadership of the Russian Federation thinks about this:

“The actions in the Verkhovna Rada of Ukraine cause deep concern from the point of view of legitimacy. The agreement on resolving the crisis in Ukraine from February 21 is not being implemented, despite the fact that its signing was witnessed by the foreign ministers of Germany, Poland and France, and the United States, the European Union, other international structures have welcomed this document ", - said in a statement on the official website of the Ministry of Foreign Affairs of the Russian Federation.

The Foreign Ministry stressed that for the success of the constitutional reform all the political forces of Ukraine and all regions of the country should participate, and its results should be submitted to a nationwide referendum. "We are convinced of the need to fully take into account the concerns of deputies in the eastern and southern regions of Ukraine, the Crimea and Sevastopol, which were voiced at the February 22 congress in Kharkov."

So, I am afraid that it is not worth Russia to rely on the new “people's” government of Ukraine, once again independent of money and resources. So, our Polish European lawyers, who have their problems above their heads, have become concerned about this. And instead of vassal territory, they will receive tension now at their borders, financial expenses for settling a foreign country to the detriment of their citizens and refugees.

For that fought for it and ran.

Ctrl Enter
Noticed oshЫbku Highlight text and press. Ctrl + Enter
We are
What you didn't want to know about EnglandBronislav Omelichev: "Marshal Akhromeev was the successor of the famous galaxy of the Chiefs of the General Staff"
Military Reviewin Yandex News
Military Reviewin Google News
289 comments
Information
Dear reader, to leave comments on the publication, you must sign in.