NK-33 engine is being prepared for mass production. 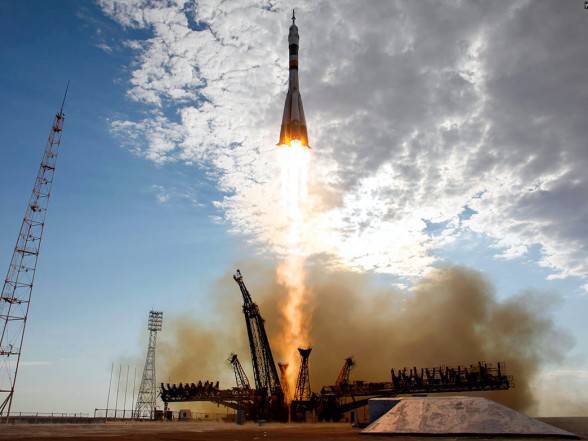 Russian and American designers are making ambitious plans to use the Soviet NK-33 engine on modern rockets. At the plant "Kuznetsov" think about the restoration of its mass production, according to the publication of "Nezavisimaya Gazeta".


45 has turned years since the first launch of the famous Soviet H-1 rocket. Her own fate was sad. But her engines continue to live. Moreover, step by step, they reinforce the success of the national cosmonautics both in the domestic and foreign markets.

In 2013, the NK-33 engines were used three times when launching new missiles - the Russian Soyuz-2-1в and the American Antares. Thanks to these successful starts, the NK-33 engines have the prospect of recovery in mass production. But 40 years ago they almost got destroyed - because of the closure of the lunar program in the USSR.

In 60 – 70 of the last century, Sergei Korolev and his team had the idea to build a rocket for a flight to Mars. Then the goals were revised, and the configuration of the rocket was changed to the tasks of the "lunar" project.

“For a flight into space, we needed engines with a high degree of efficiency and reliability, with a high efficiency of every kilogram of fuel used in thrust,” said Valery Danilchenko, chief designer of OJSC Kuznetsov rocket engines. “Korolev believed that this required the implementation of a closed engine circuit so that all the fuel components flow through the combustion chamber and create an increased specific impulse.”

Sergey Pavlovich began to look for a designer who could start such a development. He also talked to aircraft designer Andrei Tupolev. But in the end, the designer was asked to work on the project. aviation engines - to Nikolay Kuznetsov. 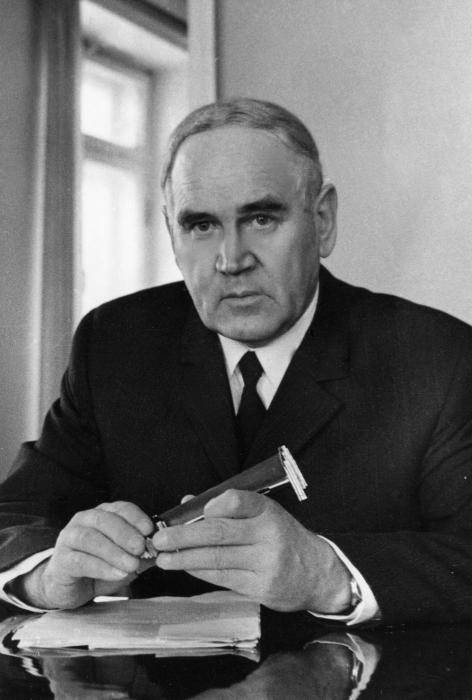 “A special feature of Nikolai Dmitrievich Kuznetsov was that, in addition to his design talent, he also remained a great organizer - he created a unique team that worked on the task with full dedication,” recalls Alexander Ivanov, head of the experimental design bureau of Kuznetsov. “The engine nodes were created by a team of specialists who had previously worked on aviation gas turbine technology, this is what determined its special properties.”

In the design office at the enterprise called “276 Mailbox”, which specialized in the development of aircraft engines, engines were being built, which were then mass-produced at plant No. 24 named after M.V. Frunze. The design of the NK-33 is simple, but provides high reliability. The minimum cost of pre-production and manufacturing with high reliability and simplicity of design is still one of the main secrets of the demand for NK-33.

In 1974, the "moon program" was closed. It almost led to the tragedy - the created party NK-33 was ordered to be destroyed. Kuznetsov barely managed to save them.

What happened after 40 years is symbolic, because in fact the deferred triumph of the unique engine took place. In 90-ies NK-33 was presented at one of the exhibitions in Moscow, where it aroused the enormous interest of domestic and foreign partners. And the engine began a new life.

In 1992, Russian specialists together with Aerojet Rocketdyne, an American engine-building company, signed a protocol on the use of NK-33 on US launch vehicles. Moreover, Kuznetsov himself signed the agreement.

It took 15 years before, and domestic customers turned to the development. The American and Russian projects reached the starting line almost simultaneously. 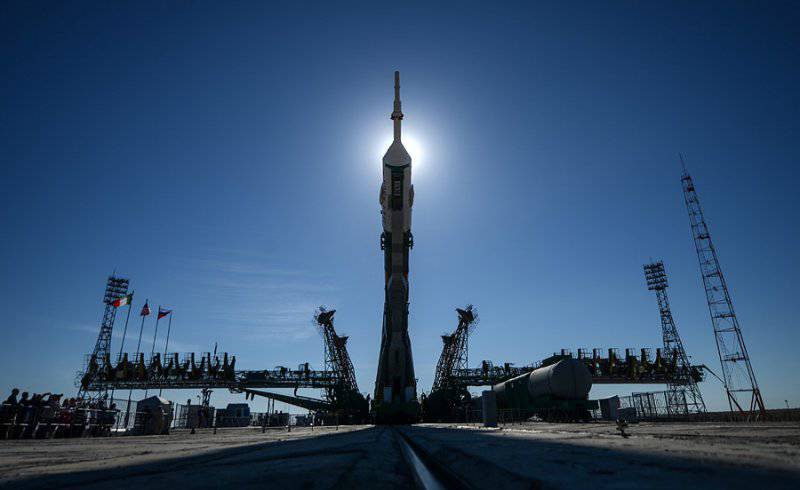 2013 became the most important from the point of view of the implementation of the work on NK-33. In April last year, two upgraded NK-33 engines in the USA ensured the first successful launch of the Antares rocket. Its second launch took place on September 18 - cargo for the station crew was delivered to the ISS. And on December 28 2013, the NK-33 engines ensured the launch of the newest Russian Soyuz-2-1в light-duty rocket.

Americans drew attention to the NK-33 for several reasons.

Firstly, it was preserved in the material reserve, as a result of which it did not require a long period of reproduction. It would take a lot of time to work out such a project from scratch. And the Antares rocket, in fact, was created in five years - a fantastically short term. “Work on the American carrier rocket began in the 2008 year, and in 2013 we started the launches,” said Nikolai Yakushin, executive director of Kuznetsov. “NK-33 waited for its space flight.”

Secondly, the engine NK-33 has extremely high reliability - 999,4. “Nikolai Dmitrievich Kuznetsov at one time decided to prove it,” says Alexander Ivanov. - Were conducted long-term tests to failure. NK-33 worked without removal from the stand 16 starts, 15 has accumulated thousands of seconds. "

Third, the design features. The pressure in the combustion chamber of the NK-33 engine (150 atmospheres), which is moderate compared with the analogs, allows it to be used in a manned space program with a high degree of safety. 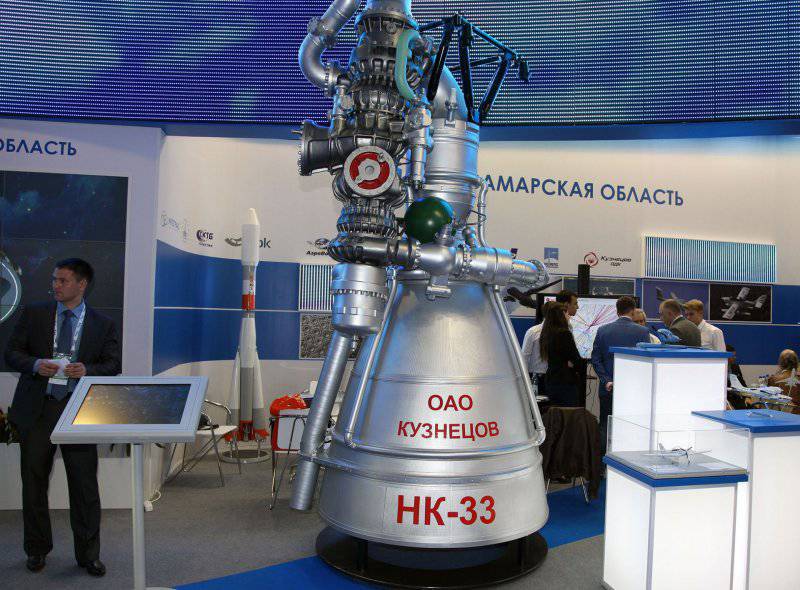 The developers of NK-33 have high hopes for the project of its revival. “It’s extremely important for our team that NK-33 be in demand in Russia as well,” says Alexander Ivanov. - I often tell our youth: when we leave, you will be working with this product for a long time - this is the source for many technical solutions. Existing rocket engines have reached the limit of their energy characteristics. NK-33 has a great future, and work on its modernization and restoration in mass production is of great importance. ”

The factory workers' dream is to achieve the launch of NK-33 in the series. “We kept the engine in the drawings and the inventory,” says the designer Danilchenko. - And today our goal is to restore its mass production. This work has already begun. It is implemented by the hands of young specialists on modern equipment. ”

Since there is a demand for rocket engines, OAO Kuznetsov has already established a schedule for the restoration of their production. “At the moment, the issue of engine reproduction, we decide together with the United Engine Corporation, which includes the company. We are talking about the beginning of deliveries of new engines from 2017 – 2018 of the year, - notes Yakushin. “Given the forecast demand for products, by 2020, we must reach the level of production of 15 – 20 engines per year.”

There is another promising project at the plant - NK-39, another “lunar” engine. The object of close attention from European customers. But about it the question ahead.

OJSC Kuznetsov - one of the largest enterprises of aviation and space engine building. It is part of the United Engine Corporation.

"UNIFIED MOTOR-BUILDING CORPORATION" - an integrated structure producing engines for military and civil aviation, space programs, installations of various capacities for the production of electrical and thermal energy, gas pumping and ship gas turbine units. Combines more than 85% of the leading companies in the industry.