February 24 2014
8
In 2014, the Russian Air Force will be replenished with a new reconnaissance aircraft Tu-XNUMHON, which will be used to implement the Open Skies Treaty. This aircraft is equipped with a modern on-board aviation surveillance system (BKAN), which was created by engineers of the Russian radio engineering group "Vega". Tu-214ON (Open Skies) - an integrated reconnaissance aircraft, it was created by specialists of Tupolev OJSC based on the passenger version of the Tu-214 aircraft. This machine should replace the outdated aircraft An-214 and Tu-30. To date, the entire 154 of the Tu-2ON has been built - completed in May, 214, and December, 2011, respectively. The first flight of the aircraft made 2013 June 1 of the year.


For the first time, this aircraft was shown to the general public during the international MAKS-2011 air show. The appearance at the air show of this aircraft caused a wide public response. During the work of the air show, the representatives of the USA, Canada, Italy and Norway managed to meet the Tu-214ON aircraft. All the experts gave the Russian car only high marks. Tu-214 is a special modification of the civil liner Tu-214, its main purpose is to carry out inspection flights within the framework of the Open Skies program.

It is worth noting that the Tu-XNUMHON was the first domestic aircraft, from which restrictions on the use of foreign-made equipment as part of an onboard observation complex were lifted. The complex installed on board the aircraft includes the entire complex of observation tools permitted by the contract, the equipment for monitoring and controlling these devices, as well as various equipment for displaying and recording all information obtained during observation flights while storing it on the hard magnetic disk of the computer. Digital video and photographic equipment is located in the lower compartment of the Tu-214ON, which has special windows that are closed by curtains with mechanized controls. 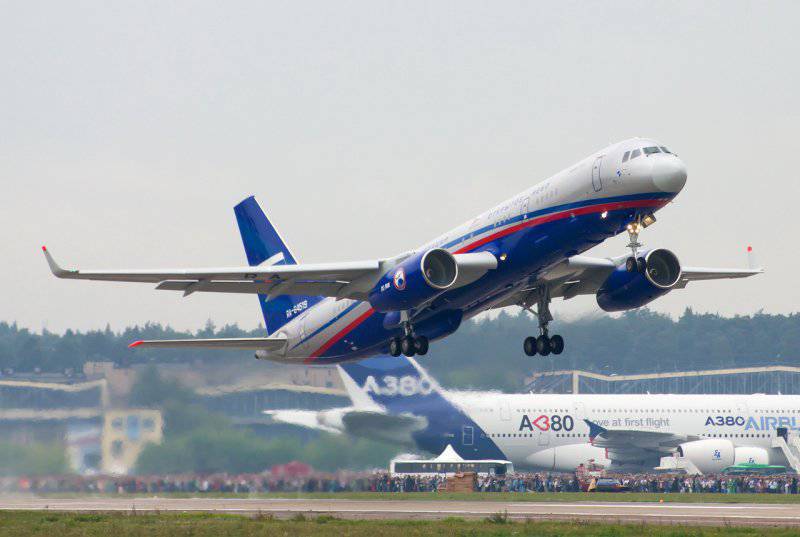 After the flight is completed, all received information is converted into a single digital format using the equipment of the ground processing and data acquisition complex, which has been accepted by all DON member states. The adoption of the Tu-XNUMHON aircraft, which perform an important state task of inspection control under the existing international agreements, will allow it to be solved at the most up-to-date technological level.

The heart of the aircraft is the Airborne Aviation Observation Complex (BKAN), which was created by experts of the concern "Vega". This reconnaissance complex is intended for obtaining images of the terrain, recording and documenting the information obtained, managing the on-board surveillance equipment and creating navigation information for the surveillance equipment.

Panoramic and personnel aerial photographic equipment, infrared and television cameras, as well as side-looking radar were included in the BKAN. According to international agreements, the resolution of a TV camera and photo equipment is 30 cm, for an IR camera 50 cm, for side-looking radars 3 m. The aerial photocomplex is installed in the nose of the aircraft fuselage on its lower deck. The radar acquisition range is from 4,7 to 25 km, and the viewing area is up to 50 km. IR surveillance equipment was located in the center section of the Tu-214ON. Its range of viewing angles is equal to 130 degrees, and the width of the scanning area is 4,6h (h is the altitude of the aircraft over the radio altimeter). 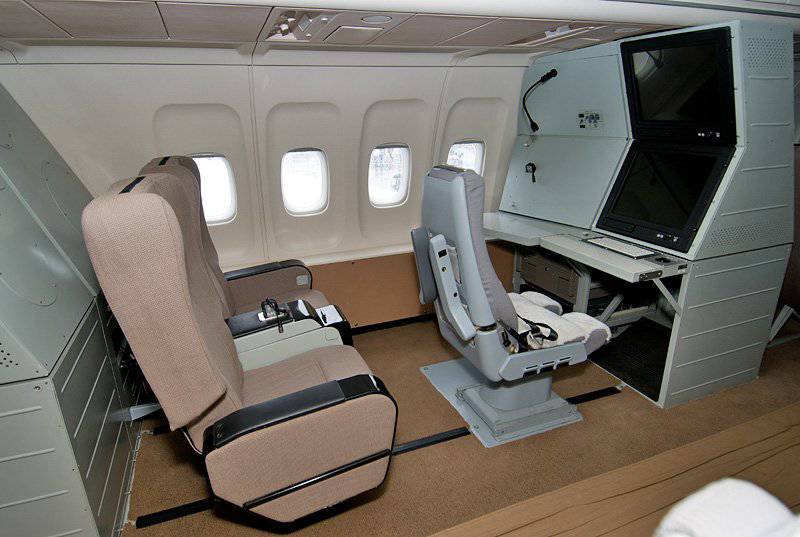 The complex of the observation complex installed on the aircraft includes 3 cameras: two lateral KTBO-6 and central wide-angle KTSH-5. At the same time, the angle of view of the KTSh-5 is 148 degrees, and the scan width on the ground is equal to - 6,6h. The viewing angle of the KTBO-6 is from 8,5 degrees in narrow focus to 20,1 degrees in wide focus with a range of viewing angles 60 degrees. In addition, the TU-214OH is equipped with an onboard computing and computing complex, whose main task is to control and monitor the on-board monitoring tools installed, as well as to display and record information in real-time mode from all the monitoring tools. The structure of the BTSVK of the aircraft includes 5 fully automated workstations (AWP), interconnected by means of a local network.

The crew of the Tu-214ON includes 5 people: crew commander, co-pilot, navigator, flight engineer, radio operator and translator. In addition, there is an extra seat in the cockpit, which is intended for the controller from the observed side. The head of the mission together with the head of the escort team from the observed side are located in a separate cabin. Both have the ability to monitor the work on board equipment, using two remote displays, which are similar to those used by operators.

All 5 workstations are located in a special compartment of operators of surveillance equipment. Each of these places has an 2 monitor. One of the monitors shows the image received by the installed equipment online, and the second displays information about the location of the aircraft, the observation area of ​​the equipment operating at that time, a map, information about the flight conditions and other operating information. AWP also provides digital video recording and control of on-board surveillance equipment. At the same time, the work of the complex operators is controlled by representatives of the observed side. 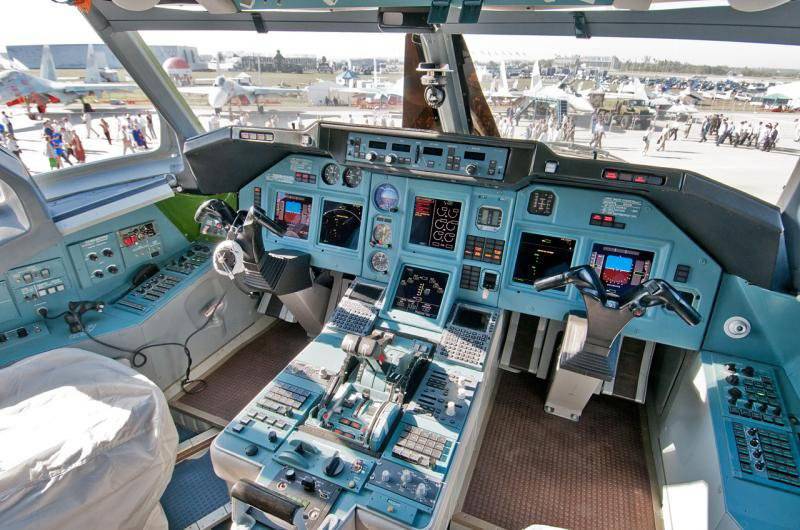 All surveillance equipment is located in two luggage compartments. In the front compartment there are video cameras and aerial cameras, in the rear compartment there is a side-effect radar with synthetic aperture, a special navigation system, as well as IR surveillance equipment. Directly under the aircraft itself is a radar antenna, which is reliably protected by a radio transparent radome. On board there is a well-developed life support system, which includes kitchens, toilets, as well as a compartment for a changeable crew rest. A total of 31 people (members of the mission and escort team) may be on board the aircraft during the observation flight; an 214 person can receive a transit flight of the Tu-56OH.

It should be noted that the specialists of Concern Vega OJSC managed to build the most self-sufficient and complete surveillance system at the moment. This system includes not only the Tu-214HON, but also a complex for processing the received data located on the ground, training facilities, and control test objects for checking the characteristics of the monitoring equipment. It is important to emphasize the fact that the equipment available on board can be used not only within the framework of the DON, but also for patrolling the border regions of Russia, and also in the interests of the Ministry of Emergency Situations.

The aerial photographic equipment installed on board the Tu-214ON allows you to take pictures, fixing in detail the artificial and natural objects, as well as determine some of their physical characteristics. The agreement on the possibility of using digital cameras and camcorders has expanded the capabilities of the complex. Video cameras are especially useful when flying at low altitudes under clouds. Also, the aircraft is able to do spectral and color photographs. 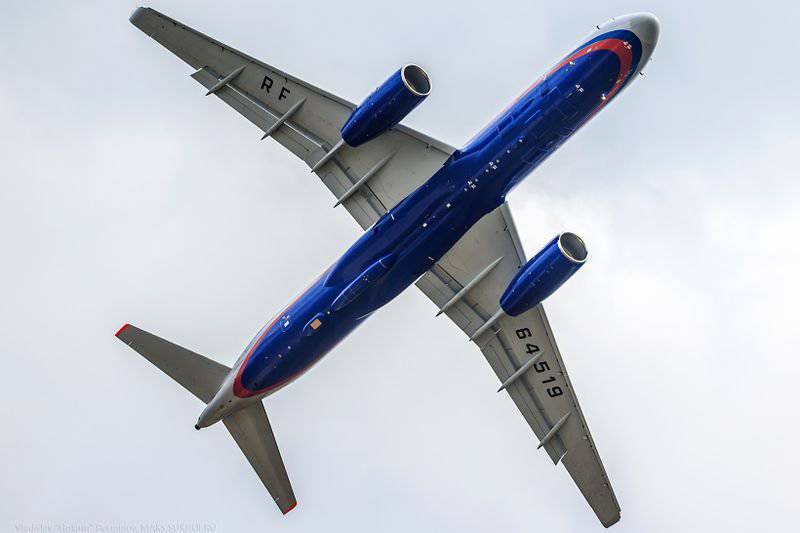 The use of on-board infrared systems allows observers to very quickly obtain information about the temperature distribution of the earth's surface, which contributes to the solution of those tasks that cannot be effectively solved using ordinary photography. In addition, infrared systems provide Tu-XNUMHON all-weather monitoring when performing flight at low altitudes.

The use of side-looking radar significantly increases the efficiency of surveillance equipment installed on board due to the possibility of shooting in cloudy and at night conditions. In addition, the radar information is used independently in some tasks. It can also be used in conjunction with shooting in the visible and in the IR ranges.

The agreement on open skies, or, as it is abbreviated as DON, was signed 24 March 1992. The signing of the treaty took place in the capital of Finland, where it was signed by representatives of 23 OSCE member states. In May 2001, this agreement was ratified in Russia. Currently, there are already 34 of the country of the Open Sky Treaty. The purpose of concluding this treaty was to strengthen trust between the countries of the world by improving the mechanisms ensuring control over military activities. According to this document, the parties to the agreement have the opportunity to make reconnaissance overflights of each other’s territories. 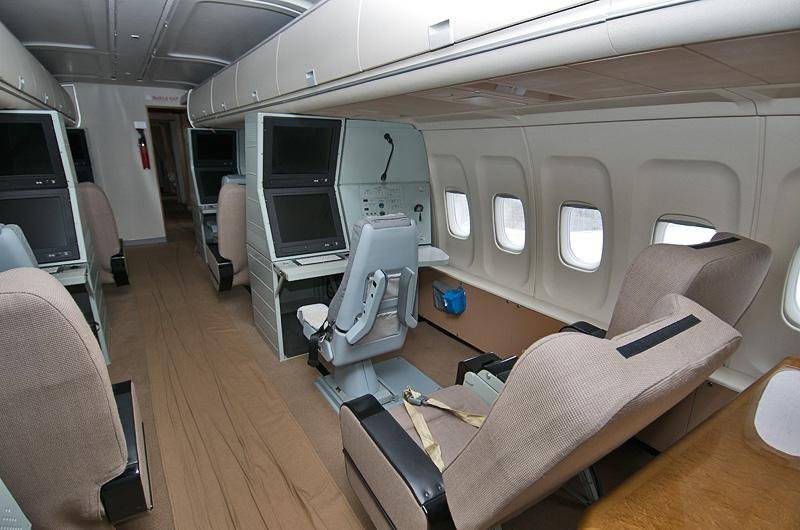 Early, February 19 1988, the Center for the Implementation of the Arms Reduction Arms Reduction Treaty was established. At the moment, the center consists of management and 3-x departments, this center reports directly to the commander-in-chief of the country's air force. “On the territory of Russia, with the participation of officers of this center, each year is carried out before 60 escorts of foreign inspection missions and groups, at the same time on the territory of foreign states is performed before 41 observation flight and before 15 inspections according to DON”, the official representative of the air force says RF Colonel Igor Klimov.

Since 2010, this Center has been managing Russian support teams for foreign missions of DON countries in the Russian Federation. Observation flights over the territory of our country are conducted with the help of specialized observation aircraft C-130, SAAB-340В, OC-135В, CN-235, An-26 and An-30. Over the territory of foreign participating States on the observation aircraft Tu-154-LK1 and An-30B. According to Igor Klimov, at the end of last year for the implementation of DON Russian Air Force received a new reconnaissance aircraft Tu-214ON. In 2014, the Air Force should receive another aircraft of this type, and is currently being adopted.