How the media did a coup d'état 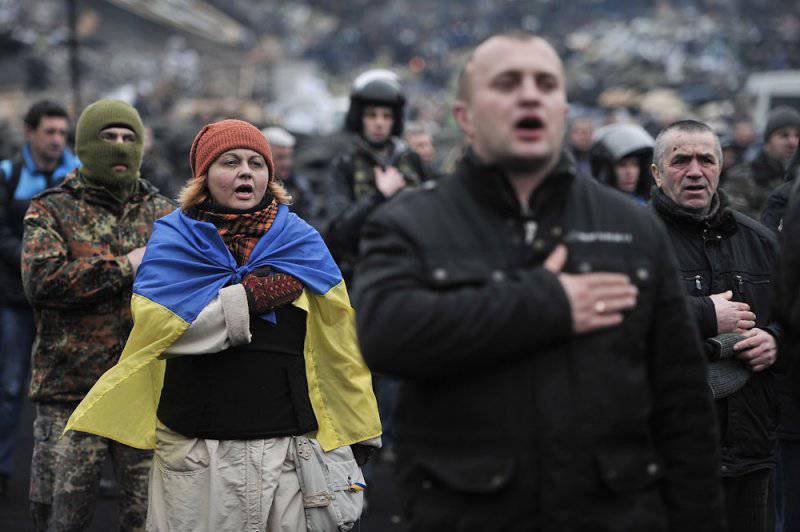 In 2010, the next presidential elections in Ukraine were held. Recall, the average exit poll data showed the following results: Viktor Yanukovych - 49%, Yulia Tymoshenko - 45%, against all - 6%. Approximately the same result was officially announced by the CEC, the results of which all over the world, although reluctantly, recognized. As a result, Ukraine received the strongest opposition, with appropriate funding for both domestic business in the western and central regions, and strong monetary support from the EU and the USA through numerous NGOs.

The new incumbent decides to consolidate the success and return to Ukraine the status of a presidential republic, at the same time cutting off the head of the opposition - imprisoning Yulia Tymoshenko for signing bonded gas contracts with Russia. In part, this is done to ensure that political calm finally returns to Ukraine, which was so necessary to attract investment to the country and, in general, for the normal development of Ukraine. The President clearly understood that if the opposition between the opposition and the authorities continued, the country would continue to degrade.

And everything seemed to be going well. The country was preparing for EURO-2012 and subsequently held it at a very high level, powerfully developing important infrastructure projects of major cities. There was a real transport revolution in the country to upgrade urban transport, and high-speed trains were also launched for the first time. Roads were built everywhere. All social guarantees for the population were carried out in time. No signs of trouble. It is worth noting that all this happened against the backdrop of one of the most powerful global financial crises of our time.

It was not easy for the opposition to begin active actions before the EURO 2012, as traditionally, society consolidates during such world events. Therefore, for two years, the opposition patiently prepared for a decisive blow. Mass media assets of the country's strongest TV channels were bought up, and the most powerful one was tidied up news network resource of Ukraine - ukr.net. News releases on opposition channels (1 + 1, ICTV) in the evening, they started a little earlier than everyone else, and hourly news only went through opposition channels (5 channel and 24 channel). And after the completion of the EURO-2012 an unforgettable show began. To experience it fully, you had to live in Ukraine and just watch TV and the Internet.

The soil has already been prepared by creating two labels: the president is a former convict and a thief, the country is absorbed by corruption. Not bothering about the fact that the majority of the population voted for him. These two slogans began to be repeated literally every day, both on TV and on the Ukrainian Internet, unobtrusively, but with constant persistence. Especially zealously savored reports on rape, resonant traffic accidents and other crimes, sometimes even for several days. The daily issues of the opposition channels showed all the blackest, and did it with professionalism, not previously inherent in the domestic TV. Ukrainians became spectators of central channel issues, which had the format of a criminal chronicle of some solitary domestic crimes throughout the country. Political technologists knew the simple truth perfectly well: if every day a person speaks about something bad, he will believe it. This was just the case, there was no alternative, the game was played with only one goal.

Meanwhile, the world is so diverse that in it for any event and point of view there is a lot of confirming information. But man cannot grasp the immensity. He cannot (and does not want) to know everything, and alternatives as well. Therefore, the brain eagerly grabs what is easily digested, what falls into the canvas, and grows up a completely directional structure - a crystal of worldview. Vector. Life support. The one that is more to the taste of the body, and not the one that is “true.” It is worth noting that, apart from the media, the worldview was partly influenced by the constant poor economic situation in the country, which by the way was under the authority of the opposition, which of course everyone rushed to forget. For a long time, there has been no increase in pensions and wages in the country, which could even out a constant increase in inflation.

For two years, the credulous public already believed in any fiction, if it fit well into the ill-fated concept of narrative. The media front was completely lost, and no one came to the rescue. Power or lost vigilance, or simply not enough funding, because in a difficult economic situation, it was unreal to take care of the ratings of domestic channels, and even more so the news Internet resources. And it is precisely in this that the authorities made their first and most important mistake, which eventually became fatal.

Then everything started spinning at breakneck speed. Having obtained such a powerful instrument as the mass media, the opposition consolidated as much as possible and dealt a decisive blow. It was thanks to the media, who savored the romance of “Euromaidan” and the barricades all day, for the Orange oppositionists to raise such a mass of people and form a popular front from residents of the western and central regions, which could not be stopped.

The situation in our country once again confirmed the entire strength and horror of the media, whose hands unleashed a bloody civil war in the truest sense of the word. It is not difficult to guess who is behind this media, but this is a topic for a separate article. Be that as it may, the simple truth was once again confirmed: who owns the information, he owns the world.

Author:
Maxim Bondarenko, Professor at the Institute of Ukrainian Politics

Ctrl Enter
Noticed oshЫbku Highlight text and press. Ctrl + Enter
We are
Coup in Burkina Faso. The Guard seized power, but can it keep it?Political NGOs with American and British funding in St. Petersburg
Military Reviewin Yandex News
Military Reviewin Google News
22 comments
Information
Dear reader, to leave comments on the publication, you must sign in.