How does Poland live: Ukrainian opposition leaders are frightened with death, and Russia with Ukrainian debts. 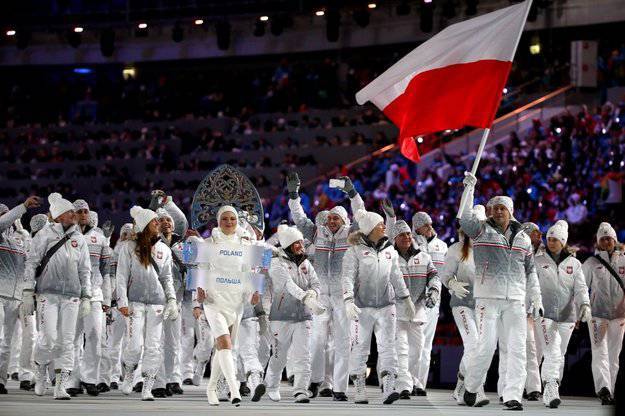 In the second half of this week, after a sudden exacerbation of the situation and bloodshed in Kiev, of course, Ukraine was again the number one topic in Poland.

"You will be dead"

It is characteristic that at the current stage of the Ukrainian crisis, Poland did not seek to play the role of the most active player on the Ukrainian scene, as was the case during the Orange Revolution and even in November-December last year, when Euromaidan began.

This time, Polish diplomacy focused on the implementation of a common EU line towards Ukraine. This approach led to the fact that the Weimar Triangle countries - Germany, France and Poland - attempted to overcome the crisis on behalf of the European Union. Practice has shown that this was an effective approach that led to a temporary cessation of violence and bloodshed.

Interesting messages from behind the scenes of the meetings of the EU mission with representatives of the authorities and the opposition. The camera of one of the TV stations accidentally registered the moment when Polish Foreign Minister Radoslaw Sikorski, speaking to opposition leaders, said in English: "If you don’t support this [agreement], you will have martial law, army. All of you will be dead." At the same time, in his official press statement, he said: “The essence of the negotiations is not to shout at each other, but to convince each other. All of us were under the hardest impression of terrible sacrifices and therefore the will to achieve compromise, so it is reached. "

In turn, French Foreign Minister Laurent Fabius, who, due to a planned visit to China a little earlier, left Kiev on Thursday night, spoke of the “terrifying atmosphere” in which the negotiations took place, and of the “climate of the environment”, in which the ministers had to work. The head of the Polish Foreign Ministry took with him to Warsaw for treatment eight wounded in clashes in the capital of Ukraine. Before that, there were already 17 wounded Ukrainians in Polish hospitals.

Need to stock up weapons

The agreement was commented upon with great care by Alexander Kwasniewski, the former President of Poland and, together with the Irishman Pat Cox, the Special Representative of the European Parliament in Ukraine: "The agreement concluded in Ukraine is a good step, but one must remember about the great tension between the parties and the threats: people's dissatisfaction , radicalism of some Maidan groups and a low degree of trust in the authorities. "

The agreement did not have any positive impact on the financiers. They are convinced that without an urgent financial infusion, Ukraine will become bankrupt, and further destabilization will be inevitable. The rating agency Standard & Poor's has downgraded Ukraine to CCC - this is a rating for countries on the verge of bankruptcy. Agency analysts warn that if Russia refuses to fulfill its loan promise, Ukraine, which is due to pay off $ 13 billion of its debt this year, will not be able to regulate its obligations.

Prime Minister Donald Tusk called on the Poles on Friday at eight o'clock in the evening to light candles in their windows as a sign of solidarity with Ukraine and in honor of the dead. President Bronislaw Komorowski spoke Friday evening on the main channel of Public Television. In particular, he noted: "It is still too early to say that the situation in Ukraine is stabilizing."

Such fears confirm the reports of the Polish press agency PAP from the Kiev Maidan late Friday evening. The agency quotes the people gathered there: "Yanukovych is lying. The revolution continues. Now we need financial support to stock up on weapons."

Gold in three thousandths of a second

Undoubtedly, the Olympic Games in Sochi brought much more joy to ordinary Poles this week, primarily because Polish athletes won two next gold medals there. Two-time gold medalist at this Olympiad in ski jumping from the springboard was Camille Stoch, who won this week also on a big springboard. In the team competition, the Polish jumpers also pleased the fans: they fought for the top place, but took the fourth.

Wonderful surprise was presented by skater Zbigniew Brudka, who won the seemingly invincible Dutch in this discipline at the most prestigious, called the royal, distance - 1500 m. And he defined them by three thousandths (!) Seconds. The upset silver medalist, as well as everyone interested in this sport, still cannot understand how in a country where there is not a single indoor skating hall, such talent could grow. This success was commented very precisely by one of the Polish observers: this gold medal can be compared with the situation that Ferrari is being collected in Burkina Faso.

It is especially pleasant that Zbigniew Brudka is an endangered (if not already extinct) type of athlete - a real Olympian: he is not a professional, earning millions of dollars in sports and advertising, he works fireman (!) in the usual provincial fire department and enjoys relatively little financial support from the Polish Olympic Committee. To go to Sochi, he organized a campaign to raise funds on the Internet.

This week, with the participation of Prime Minister Donald Tusk, the biggest industrial investment in Poland since 1989 was launched - the construction of two new power units at a power plant in the city of Opole in the south-west of the country. Its cost will be 11,5 billion zlotys (about $ 4 billion), and capacity - 1800 MW.

New blocks will run on coal. That is why the investment was born in agony. There were, in particular, tremendous fears about its profitability against the backdrop of EU policies that subsidize renewable energy sources (for example, solar, wind, geothermal). At the same time, some of the oldest Polish power plants will have to be turned off in the near future, which would mean that the country would face a shortage of electricity. Therefore, the argument that the basis of Polish energy for many years to come, despite European trends, will remain coal and lignite, became decisive.

The first of the new power units according to plans will start operation in the second half of 2018, and the next one - at the beginning of 2019.

Already in March, the first four low-set trams will be sent to Moscow as part of a contract signed by the PESA plant from the city of Bydgoszcz. There they will be tested, and the streets of the Russian capital will begin to go in June of this year. Until the end of the year, another batch will be delivered, consisting of 66 trams, and by 1 in April of the next year, 50. Moscow will become the second city in Russia (after Kaliningrad), in which modern Polish trams will appear.

The central computer helps to control them, they are equipped with modern engines, electro-hydraulic brakes, air conditioning, and reach speeds of up to 75 km / h. Together with Russian partners, the Polish company PESA plans to create an enterprise in Russia where such trams would be assembled.

The prospects for exporting pork and embargoes to Russia, which Moscow imposed on deliveries of this meat from the entire European Union, look much less optimistic. Two weeks ago, the Minister of Agriculture of Poland, Stanislav Kalemba, assured that Russia would lift the embargo in a few weeks, and the ban on the import of pork should apply only to Lithuania, where the source of African swine fever, and not all EU countries, was revealed.

The meeting of ministers of agriculture of the EU member states this week in Brussels brought the opposite result. Commissioner for Health Tony Borg stressed: there can be no question that specific EU states are covered by a ban on the export of pork to Russia. This means that the impasse continues.

At the same time this week in Poland found the carcass of a boar infected with African swine fever virus. This is the first in stories the case of the occurrence of this disease in Poland, and the carcass was literally 900 meters from the border with Belarus, where foci of this disease were found last year in Minsk, Vitebsk and Grodno regions. This did not prevent the Belarusian authorities from introducing an 20 February embargo on the export of Polish pork, despite the fact that Poland is the largest supplier of such meat to this country.