How is the Duma going to “press” migrant workers?

February 24 2014
58
Russian lawmakers are trying to put a barrier that would prevent migrant migrant workers from acquiring Russian housing. Naturally, after the publication of such data by information agencies, members of the so-called human rights organizations raised a friendly disapproval: they say that this is done, honest workers are not given the opportunity to purchase housing for themselves - VIOLATION OF HUMAN RIGHTS and all that! True, recently in Russia, the response to the primary reaction of human rights defenders has become calmer. Most of the people have learned to distinguish organizations that are really ready to protect the rights and freedoms of Russians from those who are used to work out their foreign bread that gets to Russia by hook or by crook. Human rights organizations performed the usual aria, marking their presence on the stage, and continued to look at the continuation of the action from behind the scenes.


How do domestic deputies (and the authors of the initiative, deputies from the Communist Party faction) motivate their readiness to cut off housing oxygen to immigrants in Russia, and which immigrants will fall under the new legislative decisions? We will try to understand this issue in more detail.

Last year, almost 136 thousand visitors from foreign countries became citizens of the Russian Federation. This information is provided by the Federal Migration Service. Unfortunately, the FMS does not have data on which number of 136 thousand new Russians is of those persons who themselves and their ancestors have no relation to Russia (the RSFSR) (did not). We can only assume that hardly all of these 136 thousand are ethnic Russians or representatives of other indigenous peoples of Russia who returned to historical Homeland. Obviously, among them there is a very weighty percentage of those who at one time arrived in Russia from the states of Central Asia or the Caucasus in search of, let’s say, more (if everything grows together) “tasty” life. 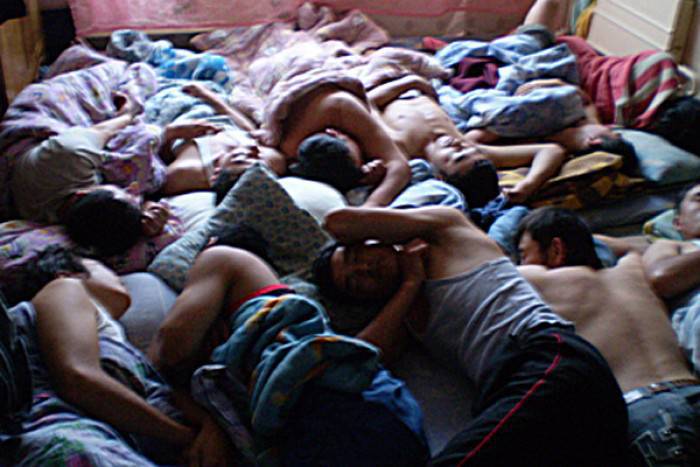 To obtain Russian citizenship for a native of the post-Soviet solar republic is actually not so difficult as one would expect. Even if you close your eyes to the presence of an obvious corruption component in this matter, you can find other “400 relatively honest” and very, very honest ways of obtaining a passport of a Russian citizen in a relatively short time. If you refer to the document that for a citizen of a foreign state regulates the possibility of becoming a citizen of Russia over time, here such honest ways are described in black and white.

So, to become a citizen of Russia, being a resident (and citizen) of another country, you can, if you really want to ... As soon as such a desire has arisen, a person must come to Russia, learn ("on the way" or already in place) Russian, declare imagine that he is ready to comply with Russian law. Next - you should get a residence permit, live 5 for years on the Russian territory - and clap your passport on your hands. In the same document there are interesting additions. They concern how you can become a Russian citizen even before the expiration of the 5-year period of residence with a residence permit in your hands. Here is one of these additions:

The “applicant” must have special achievements in science or culture, or have a profession that is of value to Russia.

Here comes the first question: how is the value of the profession determined? Judging by the words of the representatives of the Russian government, today we have the most valuable and demanded working professions. If so, can a yesterday’s citizen of Tajikistan or Uzbekistan become a full-fledged citizen of Russia, if he, for example, is a mechanic or a carpenter? And if he acquires a “specialist in nanotechnology” in the “crust” transition? It seems to be absurd, but after all, there is a loophole, which means that someone took advantage of it thanks to the work of “incorruptible” employees in the regional offices of the FMS.

Here is another addition:

To obtain citizenship in this country before the expiration of the five-year period of uninterrupted stay, you must meet certain conditions:

Well, there is no problem here at all: a passport from the Motherland is far away under the bed - and that’s all - you are not a citizen of any of the former Soviet republics living in the territory of the former USSR ...

It remains to obtain a residence permit. And here begins the scheme, which told the very deputies of the Communist Party of the Russian Federation, speaking with the said initiative. The scheme is approximately the following: a group of “labor migrants” (for example, from Uzbekistan or any other republic), in order to speed up the process of obtaining a residence permit, decides to become the owner of Russian real estate. There is a considerable number of banks that are ready to issue a mortgage (and any other) loan with minimal provision from the applicant of documents, plus “in the mix” - one loan is taken by the whole family. And what big and "friendly" families (for 10-12 people with brothers, wives, sisters, etc.) come to Russia from the same Uzbekistan or Tajikistan is well known to all. That is, if one of the migrants for the bank temporarily “denies” his Kyrgyz passport from mattress wool, which he did not have (passport) when writing an application for a residence permit, then this person has every chance to get money for hands and purchase a home. But you can and without a passport - a lot of cases ... And how many people can "de jure" be the owners of such housing from among the "guests" of Russia, applying for full citizenship, you can only guess. A commercial bank, as they say, on the drum, who takes a loan from him - he knows that the housing before the final payment, in fact, still belongs to him (the bank). His task - to mow mad interest.

Deputies from the Communist Party of the Russian Federation see a way out of the situation in the need to determine the minimum living space per person and for those who are an applicant for first a residence permit, and then the citizenship of the Russian Federation. In addition, lawmakers from the Communist Party call for limiting banking activity in relation to stateless persons - to introduce a maximum credit limit for such persons in the amount of 200 thousand rubles.

It seems to be the right initiative, but only how effective will it be? If in large Russian cities housing is, to put it mildly, not cheap, then, for example, in endangered villages a good house can be purchased at a ridiculous price. On the periphery (in villages and townships) a good-quality wooden house is purchased for 50-60 thousand rubles (there are options and cheaper) - the old people died, the children and grandchildren who left the village for a long time either have to just leave the house or try to sell it at the lowest possible price And here it is unlikely that anyone will seriously disassemble to whom it is he who sells the inherited property — to Russian, Uzbek, or someone else — the main thing is that the buyer was found. And the buyer is, in fact, even for a 50 migrant worker, a thousand rubles is not the biggest money when it comes to buying a home in Russia. It is for this reason that entire villages in the central regions of Russia are literally bought up by “labor migrants” who become owners of Russian real estate, which significantly expands the rights of these people. As a result, owning real estate in some average Ivanovka or Petrovka, a former citizen of the solar “Stan”, after a very short period of time, becomes a full citizen of the Russian Federation, “thus improving” demography in the Russian Federation. Wives receive benefits for the birth of the second and subsequent children - all according to the law ...

It is obvious that the parliamentary initiative is unlikely to become a real barrier to the acquisition of real estate in Russia by the same migrant workers. “Hardly”, because it is half-hearted and too, too, tolerant. Although what kind of tough initiative can be discussed now, when practically any guest-worker is positioned by business representatives and even federal ministers almost as a labor and demographic panacea for our country ...

Ctrl Enter
Noticed oshЫbku Highlight text and press. Ctrl + Enter
We are
"Trouble" of the Promised Land. African immigration to Israel"Night of the attacks" in Paris. The bloody consequences of the migration policy of France
Military Reviewin Yandex News
Military Reviewin Google News
58 comments
Information
Dear reader, to leave comments on the publication, you must sign in.