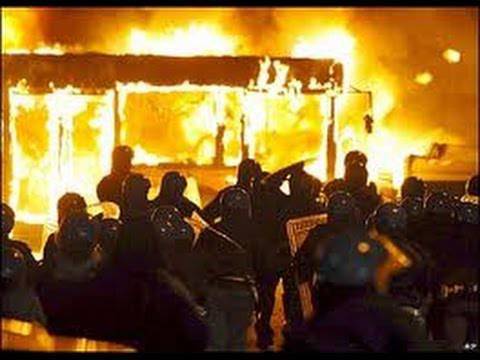 The voluntary surrender to the authorities of Leopold Lopez, the leader of the radical opposition group Narodnaya Volya, became a sensation for Venezuelans. What happened? After all, initially, having learned that the prosecutor's office had issued a warrant for his arrest, Lopez went underground, then to hide abroad. It turns out that Lopez’s plans changed after the Bolivarian National Intelligence Service (SEBIN) publicized the contents of a telephone conversation between two characters from an ultra-right immigrant organization in Miami. They discussed plans for the physical liquidation of Lopez to blame the government of Nicolas Maduro.

Several groups of terrorists were sent to Venezuela, whose task was facilitated by the fact that they had accomplices in the inner circle of Lopez. The CIA station in Caracas knew about the intentions of the terrorists, but did not take any measures to ensure the safety of Lopez. The leader of Narodnaya Volya was doomed to a cold-blooded, “politically expedient” slaughter in the interests of the United States. The conspirators hoped that this "sacred sacrifice" would spur the processes of destabilization in the country, make first passive citizens take to the streets. The murder was also supposed to strengthen the leading position in the ranks of the opposition of Enrique Capriles, longtime rival Lopez.

Despite the high intensity of the confrontation in Venezuela and the many problems that Lopez created for the regime, the President of the National Assembly Diosdado Cabello personally contacted the family of the oppositionist and warned about the threat hanging over him. As Lopez's wife told in an interview with CNN, the accuracy of the online recording was not in doubt. They knew the men who planned the murder. Diosdado Cabello himself escorted Lopez to the Palace of Justice, giving guarantees to him and his family in the objectivity of further investigation regarding the events of February 12. The actions of the opposition radicals led to the deaths of people, dozens injured, damage to administrative buildings, urban infrastructure, including the metro. The guilt of Lopez is undoubted, because it was he who called on the comrades to "take decisive action." Now Lopez is in a high security prison, the investigation has begun.

President Nicholas Maduro, speaking to the workers and employees of the state-owned oil company PDVSA, said that "Venezuelan reactionaries sent and financed from Miami planned an attempt on the life of the same ultra-right (politician) Lopez to create a political crisis and unleash a civil war in the country" . Maduro mentioned that the conspirators created a multi-million dollar fund to finance extremists, militants and murderers: “Nevertheless, we will protect the life of Leopold Lopez. I know that his father and mother are opposed to us (the Bolivarians), but in the depths of their hearts they know that we are saving the life of their son. ” Maduro also announced the expulsion from the country of another group of American diplomats who, hiding behind consular duties and promises to issue preferential visas to the United States, recruited Venezuelan students and incited them to toughen the protests. Later, the Foreign Minister of Venezuela, Elias Jaua, named the names of these diplomats - Brian Maria McCusser, Jeffrey Gordon Elsen, Christopher Lee Clark. Of course, this expulsion will not create significant problems for the activities of the US secret services, which are hiding behind the embassy, ​​since there are more than two hundred operatives involved in subversive work. It is technically difficult to keep everyone in control of SEBIN, so it is possible that in the case of “disruptive relapses” by the US Embassy, ​​Venezuela will introduce a quota for the number of American diplomats. Undoubtedly, such a move would reduce the intensity of special operations of the CIA and other hostile structures in the country.

Venezuelan political scientists almost unanimously point to the US Embassy in Caracas as the leading and coordinating center for a massive anti-government conspiracy. Washington’s strategic goal is to bring Venezuela’s richest hydrocarbon reserves under its control. Shake up the regime, weaken its ability to counteract, compromise its leadership and, first of all, President Nicolas Maduro, the successor of Hugo Chavez - such tasks were set before the conspirators. The course of Washington and its agents in Venezuela to foment a bloody civil war, which will become an excuse for direct military intervention by the Empire, is becoming increasingly obvious. The strongholds of the Southern Command of the US Armed Forces are already operating along the perimeter of the Venezuelan border - these are bases in Colombia, in the countries of Central America and the Caribbean. Scenarios of using the 4th fleet USA to block the coast of Venezuela, to prevent any attempts to help her, including the military, by the countries of the Bolivarian Alliance of the Peoples of Latin America (ALBA).

The economic war against the regime was fought from the first days of Chávez’s rise to power, its sharpness increased markedly during the Maduro presidency. Daily in the chronicle of events, the Venezuelan media reported about the confiscation of dozens of tons of smuggled goods from Venezuela, primarily food and gasoline, on the border with Colombia, Guyana and Brazil. Entrepreneurs who are dissatisfied with tough government actions to prevent price arbitrariness, cover the goods of everyday demand. Bolivarian activists from the so-called popular intelligence report on such secret vaults with sugar, vegetable oil, milk powder, etc. The goods are immediately confiscated and sold through the state chain of stores Mercal. As a result, the frequent arsons of these stores, which are called “popular” because of the cheapness of the goods, are becoming more frequent.

The government is opposed by a powerful adversary - the Venezuelan Business Association (FEDECAMARAS), whose members own television channels and radio stations, newspapers and popular Internet portals. Until 80,% of the country's information structures are in the hands of opponents of the government. Both Chavez and Maduro tried to negotiate with the owners of these media, but to no avail. The ongoing smear campaign against the government and its supporters continues. Influential Western mass media often, following the prompts of the CIA, determine the parameters of these campaigns. Maduro and Diosdado Cabello are under constant attack, right up to direct threats: the fate of Hussein and Gaddafi awaits you. Frank fascism emanates from the threats that the members of the Bolivarian families receive, and in particular their children. This information terrorism is directed against all politicians disliked by the Empire, including in the post-Soviet space. The same question is constantly being thrown into Latin American Internet networks: “In which country will Maduro hide himself when the rebellious people overthrow him?” Is it any wonder that in Ukraine, like a carbon copy, the same question is asked for Viktor Yanukovych.

In Venezuela, the forces of law and order are stopping numerous attempts to create hotbeds of confrontation using the “Maidan technologies”, “the actual Ukrainian experience” to overthrow the lawfully elected government. Appropriately trained youth groups are used, led by people trained in training camps in Miami, as well as in Costa Rica, Panama and other countries. Dozens of burned buses and cars, the overlapping of transport arteries, the erection of barricades ... More often, the police chronicle records the so-called “unmotivated killings”, shooting randomly at passersby in order to arouse the indignation of the government’s inability to cope with the rampant crime. Previously, this tactic was widely used by drug cartels in Colombia and Mexico, now it is assimilated by CIA experts ...

And the last. Is not the synchronization of operations to overthrow the governments in Venezuela and Ukraine, in the countries allied Russia, an attempt to revenge the United States for the failure in Syria?

Ctrl Enter
Noticed oshЫbku Highlight text and press. Ctrl + Enter
We are
What you didn't want to know about EnglandShadow of Chavez
Military Reviewin Yandex News
Military Reviewin Google News
36 comments
Information
Dear reader, to leave comments on the publication, you must sign in.