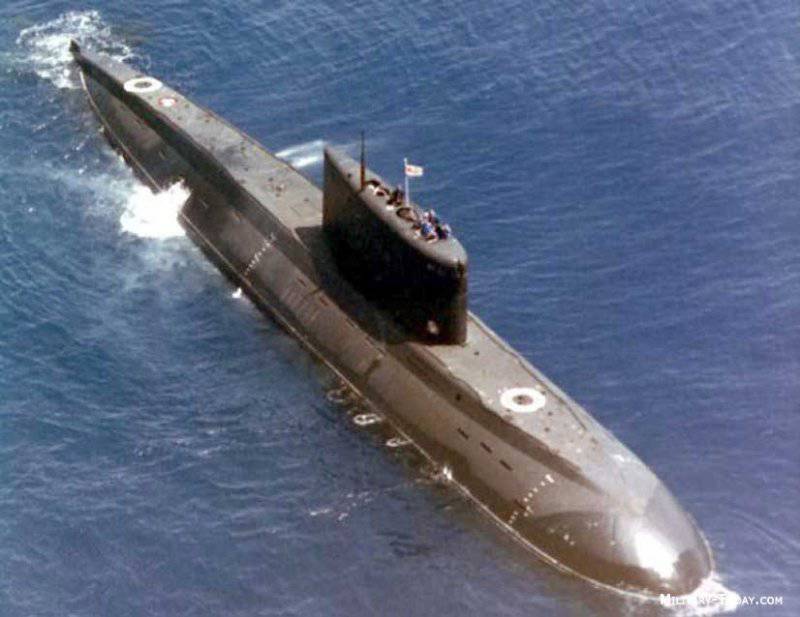 The Russian submarine of the 877 project is called a “black hole” for the difficulty of detecting it with sonar tools.

Viktor Kuryshev’s article “Underwater, gloom and silence,” published in Independent Military Review No. 16 from 17.05.13, evoked many responses both in support and against the author’s suggested way to solve the current hydroacoustics problem.

In response to this publication in his article “Neither darkness nor silence” (“NVO” No. 26 from 25.07.13), the head of the working group on the “Hydroacoustics-2020” program, Academician of the Russian Academy of Sciences Vladimir Peshekhonov ensures that works will lead to the creation of a new generation of hydroacoustics and bring it to a qualitatively new level. ” We are informed that the “scale of the problem” demanded “unification of efforts of all enterprises engaged in research and development in the field of hydroacoustics”. As a result of these efforts, the concept of hydroacoustics development, the target program “Hydroacoustics-2020”, was developed, financing in the amount of 48 million rubles was secured. and a working group of 30 specialists was organized.

The problem of licensed specialists is solved, though with a delay of 30 years. Victor Kuryshev was engaged in solving this problem. True, for this he used the signals of the standard hydroacoustic station (GUS). 30 years have passed, there was a change in the effective owner of the problem issue. Viktor Kuryshev, with his experience in resolving technical issues, is not involved in the work, since he is not a sound engineer and does not know how to lead discussions. Now everything is back to the original positions, although the reserve already exists.

The tradition of Russian hydroacoustics is to be late and catch up, to borrow other people's decisions, to conduct broad campaigns to master them. There is little benefit from such a strategy. It is difficult to imagine that concerns such as Okepribor, Gidropribor, Atoll, Elektropribor, are able to quickly respond to problems in underwater acoustics. It is unacceptable to show initiative, it is impossible to have your own point of view. For this reason, brainwashing occurs. Initiative energetic experts go into a small business. It is on the shoulder of small business - to quickly resolve issues, promptly recognize and correct mistakes, correct technical solutions. The hydroacoustic industry is categorically rejecting the use of the potential of small business. The consequences of this practice are sad. The lag in the development of passive hydroacoustics for more than 20 years. Obviously, this gap will only increase.

However, let us return to the task of the invention - reducing structural interference from the carrier. And what about the reception of signals with stationary HAS and hydroacoustic buoys? For them, there is also the problem of receiving signals.

The authors are aware of the construction of a dipole receiver from two hydroacoustic sensors, which allows for receiving a signal only from certain directions. This antenna system intend to use to reduce structural interference from the carrier.

Opinion of a member of the Scientific Council on the complex problem of Hydrophysics of the Russian Academy of Sciences, captain of the 1 rank, retired Mikhail Volzhensky: “Work on vector-phase reception in Russia has been and is being conducted during the last 40 years. Apparently, the problem is that the research results are unstable or of little use for practical use. ” Indeed, “the level of interference recorded by PGD (pressure gradient receiver) is much higher than the same level for PD (pressure receiver). At the frequency of 10 Hz, this difference reaches 50 dB "(from the book by VA Gordienko" Vector-phase methods in acoustics "). The authors of the application intend to solve hydroacoustical problems on such sensors.

The conversion of hydroacoustic signals using piezoceramic sensors is characterized by limitations in terms of:

1) depending on changes in static pressure and temperature;

2) reduce the conversion efficiency in the low-frequency region of the spectrum of effects;

3) low identity of sensitive elements (at the level of 10%).

Explanatory notes on 1. Renowned American hydroacoustic specialist R. J. Bober in his book “Hydroacoustic Measurements” concludes: “The stability of their parameters over time with a change in static pressure and temperature was in many cases much worse than it should have for exemplary measuring transducers”. And further: "Thus, despite the significant progress achieved during the Second World War, the state of affairs in this area in 1945 was still unsatisfactory." This conclusion was made in relation to the model converters. Consequently, working transducers have obviously the worst parameter changes as a result of changes in static pressure and temperature. Thus, the mandatory certification of working converters loses practical meaning. The main parameters of the converters will still go away as a result of the influence of the specified operating factors. The conditions of hydroacoustic measurements are always not constant, therefore, fluctuations of the measured parameters are inevitable.

Explanatory notes on 2. Every hydroacoustical expert is aware of a reduction in the efficiency of converters with a decrease in the frequency of effects - 6 dB per octave. It is known that transducers work well in the field of sound frequencies. By reducing the exposure frequency from 2 kHz to 2 Hz, the conversion efficiency is reduced by 60 dB. Consequently, with a decrease in the frequency of impacts, we have significant distortions and losses of an important part of the information. A free-time reader is referred to the book “Hydroacoustic Measurements”, which presents a typical frequency response of a piezohydrofon with a “shelf” in the region of medium sound frequencies and a decrease in the area of ​​infrasound.

However, the spectral and energy characteristics of noise fields have an increasing characteristic with decreasing frequency. This is an increase at 1 Hz on average by 60 dB higher compared to high sound frequencies. Thus, piezoceramic sensors have a typical, far from adequate conversion characteristic.

Repeated attempts to improve the efficiency of piezotransformation in the area of ​​low sound frequencies did not work, since, together with informative influences, the useful signal is modulated by powerful infrasound frequencies that are outside of the frequencies accepted for consideration. In this case, the question arises of the allocation of the useful signal on the background of intense noise. This is a separate, unsolvable problem when using a known method for converting hydroacoustic signals.

Explanatory notes on 3. To isolate the useful signal from the noise background, it is necessary to provide differential signal conversion. The quality of the differential transformation is determined by the identity of the primary transformation elements used. Here is a quote from R. J. Bober with respect to dipole transducers: “The electrical signal at the output is proportional to the phase difference between the sound pressure on the two probes. Such a design requires the identity of the electroacoustic characteristics of probe hydrophones, which is difficult to implement in practice. "

A similar conclusion is made later 30 years Valery Gordienko in relation to the two spaced in space pressure receivers. "Requires channel identity in amplitude of at least 0,1 dB." “Since it is easier to make a single-element PGD than to provide the indicated path identity, the PGD constructions based on two separated hydrophones have not found wide application in hydroacoustics.” Thus, when using a differential transformation, the requirements for the identity of elements increase. Such opportunities are absent today.

Thus, based on the well-known piezoceramic transducers, “creating a new generation of hydroacoustics tools and bringing it to a qualitatively new level” is an unrealistic task.

Valery Gordienko makes the main conclusion: “At present, methods based on the use of information recorded by pressure receivers have reached their limits.” High-quality primary conversion of hydroacoustic information over 70 years remains problematic. To solve this problem, it is necessary to search for other effective methods for the primary conversion of hydroacoustic information. Is academician Vladimir Peshekhonov ready to solve this urgent problem? Is it possible to develop hydroacoustics at a faster pace?

All история passive military underwater acoustics is determined by the possibility of long-range detection of ships of a potential enemy. The spectrum of hydroacoustic information accepted for consideration is in the frequency range 10 – 10 000 Hz. The most informative is the low-frequency region of the spectrum of effects. Low-frequency effects extend over long distances without significant attenuation. The amplitudes of these effects can significantly exceed the amplitudes of the signals in the middle part of the frequency spectrum. The abundance of infrasound sources, including at frequencies below 10 Hz, necessitates the selection of a useful signal in the background of noise.

Impacts in the middle part of the sound range are characterized by low amplitudes and high attenuation. According to Mikhail Volzhensky, these signals extend to units of kilometers. Known piezoceramic transducers provide reception of signals in the middle part of the audio range. So we have to deal with the "tails" of real hydroacoustic information.

The measures taken to reduce the noise of submarines are effective in the middle of the frequency spectrum. The useful spectrum of the signal is almost shifted to the low-frequency region. This gives the effect of "smooth spectrum". Thus, the individual signs of objects are shifted to infrasound. And we can not work in it. No efficient primary transducers. This question today is a problem. And not only for Russia, but, obviously, for hydroacoustics of other countries. Such a well-known SOSUS system was removed from duty, probably for the obvious reason for the low resolution in the low-frequency region of the spectrum. This is the result of measures to de-humidify our submarines. It can be assumed that the hydroacoustics of the likely adversary are actively engaged in exploratory development in the field of receiving infrasonic signals. Do we have adequate solutions to this issue?

UNDERSTAND AND REPORT. And IN RESPONSE - SILENCE

I am an engineer, for about 30 years I have been engaged in independent development of the method of differential data conversion. The method has significant advantages over the known conversion method. In the process of development, we managed to find solutions for two problematic tasks. One of these tasks is to provide high-quality conversion of acoustic information. In the process of development, a technical solution was determined for the sensor, the conversion efficiency of which at low frequencies is more than 40 dB higher than that of known hydrophones.

There is a rule: to understand and report. I have understood the problems and the possibilities of their practical implementation. No one to report. More than 30 organizations that specialize in acoustic signal conversion are familiar with the development. Specialists and management of these organizations demonstrate a complete lack of interest in the development. Military customers respond that they have no right to direct the actions of the industry. Attempts to present materials of developments to the leadership of the country remain unanswered. Letters to the addressee do not reach. The administration usually forwards these letters to other departments. Response of the Russian Academy of Sciences: The Academy of Sciences does not deal with issues and issue opinions, and recommends publishing development materials in an open press. The answer from the Ministry of Education and Science of the Russian Federation prescribes participation in open competitions and presenting its own research in publications. The answer from the All-Russian Scientific Research Institute of Physico-Technical and Radio Engineering Measurements - the leading organization for the provision of metrology: "There is no need."