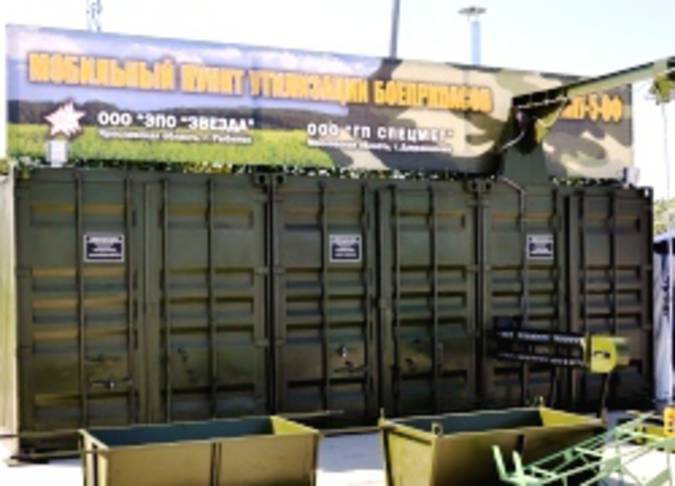 At the next meeting of the Military Ministry Collegium of 14 in February, Russian Defense Minister General of the Army Sergei Shoigu discussed with colleagues the progress in fulfilling the instructions of the President of the Russian Federation related to fires and explosions in warehouses and arsenals in 2009-2012.


“In accordance with these instructions, the task was set to optimize the storage system of missiles and ammunition in the Armed Forces. During its solution, the situation improved markedly: almost 5 million tons of surplus and unsuitable ammunition were utilized, which is more than 70% of their total volume, a departmental target program was approved, within the framework of which additional infrastructure, including modern fire extinguishing systems, is under construction and alarms, ”said Army General Sergei Shoigu. According to him, "by the end of 600, all the necessary stocks of missiles and ammunition are planned to be placed in storage."

But why the president at a meeting on the disposal of ammunition in June last year, stated that “the efforts being made in the field of ensuring safety and adherence to technologies for the destruction of ammunition are not enough”?

The main problem with ammunition stale in warehouses is that it is dangerous and expensive to store them. Numerous explosions and fires in the Russian arsenals and bases of recent years not only attracted the attention of society, but also led to a number of decisive measures aimed at eliminating obsolete weapons.

But even more problematic than storage, the issue of disposal of old ammunition. The method of detonation at landfills as extremely dangerous, costly and non-ecological was banned in our country last year. A modern and technological method of dismantling utilization is widely used throughout the world and allows not only to eliminate hazardous waste of the army, but also to put metals into business, supply the industry with explosives and chemical products. But this method does not eliminate the main danger - the possibility of explosion during transportation to the disposal sites. Multiple overloads, transportation and organization of new warehouses, including those already in factories, carry with them additional costs - 20-30% of the total cost of the process.

The only way out is to dispose of ammunition in close proximity to their storage sites. The mobile recycling center (MPU) is transported directly to the warehouse, is deployed on a prepared site and promptly recycles ammunition, virtually without endangering personnel, the environment and infrastructure. Such technologies already exist and are increasingly used. But in Russia - not yet in full. Despite the fact that mobile complexes have been developed for a long time, the installations have been created and tested in the Ministry of Defense system.


Igor SHISHOV, Deputy General Director, NPO High Precision Systems and Technologies (TSA):
- The MPU-6-TSA complex was created according to our assignment of the Zvezda EPO. The equipment is housed in six standard 20-ton containers and is intended for the industrial disposal of ammunition in close proximity to their storage sites. From 2012 to the present, within the framework of trial operation of the complex, 400 strand of thousands of different ammunition has been destroyed.

Unfortunately, at the moment there is no possibility to equip all arsenals with similar equipment. And this is due not to the capabilities of the complexes, but to the imperfection of the regulatory framework. Judge for yourself.

After all, now the companies involved in recycling are required to have at least two licenses: one for the operation of a hazardous production facility, and the other for the disposal of BP at this facility. And if Rostekhnadzor has enough permission from the object’s owner, the Ministry of Defense, in order to work, you need to obtain a license from Rosoboronzakaz for the disposal of ammunition. And they have a regulatory framework only for stationary enterprises. There are no mobile complexes in our regulations. The Defense Ministry, as an interested party, could speed up the process. But it has the right to rent out only the buildings, and not land. Vicious circle.

Now, to begin work at the facility, it would be enough for us to have permission to perform work from the Ministry of Defense. And existing laws require the lease of land for the placement of the complex. And on a competitive basis. We are ready to issue a Rostekhnadzor license for each site. And they are ready to give the opportunity to issue this license within 45 days. But to arrange a rental - it is simply unrealistic.

Nikolay Kharitonov, an independent expert with a license from Rostechnadzor to conduct examinations of hazardous production facilities in the territory of the Russian Federation, agreed to comment on the situation with confusion in regulatory documents:

- We, as experts, believe that mobile systems for recycling are necessary. In fact, an attempt to create them was undertaken by the same Krasnoarmeysky Research Institute of Mechanization. And for state money. But she failed.

In principle, all requirements and legal acts of Rostechnadzor are absolutely correct. Everything related to safe distances, requirements for equipment, buildings, power grids and so on. But as for the legal justification, the harmonization of laws on industrial safety, there remained all the old concepts. In the new rules, these concepts seem to have appeared. But only in terms of technology. And now everything comes down to the letter of the law. It is written, for example, that an application for a license must be considered within 45 days. Each application separately! So, not the day before. They cannot be blamed - performers, public service. This is a difficult situation at all. But the leadership must solve the problem of national importance! In addition, in the regulatory framework of the licensing authority (State Defense Order) there really is no concept of “Mobile Complex”. And an enterprise that has such technological equipment does not have the legal right to obtain a license to perform this type of work.

- NPO VST has invested its own funds for the development and production of mobile complexes. Not sovereigns, who until then happily mastered everything, but their own. Project done. Documentation. Chic, by the way, documentation. In accordance with all requirements of Rostekhnadzor. And I believe that such methods and enterprises can really help in solving the tasks assigned to the Ministry of Defense. It remains only to eliminate the confusion with the regulations, - said Nikolai Kharitonov

In the very same NGO "TSA" see the way out in the use of the federal law on concession agreements:

- One has only to extend the law to another type of activity - "the disposal of weapons, military equipment and ammunition," and everything will fall into place. In this case, we offer the Ministry of Defense: give us a platform and ammunition. We look at the nomenclature, we consider the cost of metals, explosives and powders obtained during the disposal. And then compare with our costs and the cost of work. After all, it may happen that the state will not spend money on a recycling program at all. And in some cases, he will also receive additional funds to speed up the BP utilization program.

Well - the case for a few lines in the law.

In the meantime, you should pay attention that the MPU is a completely Russian development. And the price of the complex is more than competitive with Western peers. And everyone is interested in their application: from the Ministry of Defense to the inhabitants of cities and towns, with apprehension looking at the fences of arsenals.

Ctrl Enter
Noticed oshЫbku Highlight text and press. Ctrl + Enter
We are
Nikolai Nikiforov: “The model for managing the Internet infrastructure should be multilateral
Military Reviewin Yandex News
Military Reviewin Google News
23 comments
Information
Dear reader, to leave comments on the publication, you must sign in.