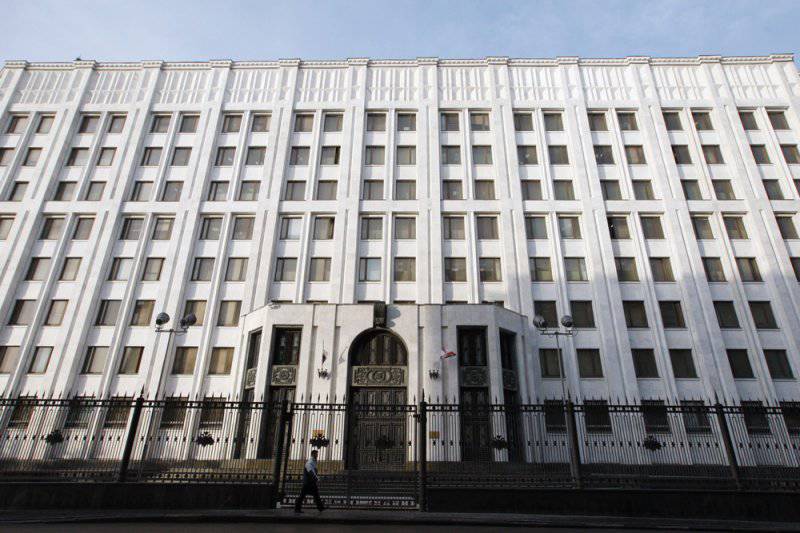 Last Friday, a meeting of the collegium of the Ministry of Defense of the Russian Federation was held, which discussed the storage of missiles, ammunition and explosives, DOSAAF's efforts to expand citizens' training in military occupational specialties, and, most importantly, the progress of the department’s plan to 2020. And this main question turned out to be a number of surprises, since the question of postponing some large-scale measures in the Armed Forces to the earlier dates was raised. And it was unclear at the expense of what progress should be funded.


Opening the board meeting, Defense Minister General of the Army Sergei Shoigu said that among the priorities of the Ministry of Defense before 2020, a special place was given to increasing the capabilities of the aerospace defense system. “In order to improve one of its most important components, the Missile Attack Warning System, a network of specialized radar stations of a new generation, manufactured using high factory readiness technology, is additionally deployed around the state’s territory,” the minister said. Moreover, he stressed their adaptability to solving problems that may arise from "promising threats in the aerospace sphere." A number of such radars have already been deployed and are successfully functioning. Construction of another in the east of the country is proceeding according to plan, noted Shoigu. And here, as they say, everything is clear even in the distant future.

Ambiguities began to arise when the discussion at the college came about the accelerated development of another military infrastructure.

In his report, the Chief of the General Staff, Army General Valery Gerasimov, stressed that the creation of infrastructure facilities for the storage and operation of weapons and military equipment is one of the priority tasks in the Armed Forces of the Russian Federation. And he brought a lot of impressive numbers. According to him, by the end of this year, 580 modern repositories will be built on 15 arsenals. The construction of 220 new storages in eight arsenals and warehouses. And in January of this year, preparatory work began for 193 objects in five arsenals. As the Chief of the General Staff said, this year it was planned to build and reconstruct more 160 facilities for the deployment of promising missile systems of the Strategic Missile Forces, the missile brigades of the Ground Forces, radar stations of high factory readiness (VZG), and the Borey and Yasen nuclear submarines , as well as airfields of the new home system. That is, the scope of construction is grand, fully responding to the amount of funding that the state is directing for the needs of the Armed Forces.

This fully applies to the supply of new military equipment and weapons to the troops as part of the state defense order. In January of this year alone, Gerasimov said, 27 modern BTR-82A armored personnel carriers were delivered to the troops of the Western Military District. In February in aviation parts of the Eastern Military District received 12 Su-35S fighters. In total, in 2014, it was planned to supply the army and navy with more than 220 aircraft and helicopters, 8 warships and multi-purpose submarines, 14 anti-aircraft missile systems and systems, 50 air defense radar stations and more than 200 armored combat vehicles.

Doubts about the feasibility of all these plans did not appear until the word was given to Roman Filimonov, Director of the Department of State Contracting Capital Construction of the Russian Ministry of Defense. He announced that the ministry had decided to accelerate the construction of military infrastructure in several regions of the country. In particular, the agency is going to quickly create a new radar VZG in the east of the country. According to the plan, its construction was supposed to end in 2015 year, and now it is supposed to postpone the completion of works on equipping the station’s technical position to 2014 year. It was also proposed to transfer the timing of the arrangement of the five military camps of the Airborne Forces from the period of 2016 – 2017 (as was assumed in the initial plan of the Ministry of Defense) to 2014 – 2015. This year, it is planned to start building facilities for the military police, infrastructure for two motorized rifle brigades, reconstruction of the Combined Arms Academy of the Armed Forces and the Academy of the Strategic Missile Forces in Moscow, which previously moved to a more distant future.

Recall, the Ministry of Finance spoke out categorically against any increase in the military budget. Moreover, he insisted on a shift to the "right" of the timing of the implementation of some defense projects. It seems that the Armed Forces agreed with these requirements of financiers. In the event that the heads of the central military administration bodies, in whose interests the enumerated measures are planned, fail to find sources of funding for new works, they are promised to forcibly redistribute funds from objects already included in the plan to objects that have appeared with changes. The Collegium of the Ministry of Defense of the proposal, voiced by Filimonov, supported.

Ctrl Enter
Noticed oshЫbku Highlight text and press. Ctrl + Enter
We are
Israel has developed a drone with a detector of explosivesDefense Ministry is ready to make a gift for DOSAAF
Military Reviewin Yandex News
Military Reviewin Google News
9 comments
Information
Dear reader, to leave comments on the publication, you must sign in.