The fate of the long-lived M1 Carbine in Israel

February 22 2014
4
In the distant 1938 year in the US Army, for the first time, they thought about the need to re-equip the so-called “second line” servicemen (crews of combat vehicles not participating in the infantry battle, calculating guns and other soldiers who were not equipped with a “full-fledged” rifle) from self-loading pistols to light carbines. In 1941, a new .30 Carbine cartridge (7,62 × 33 mm) was developed by the Winchester company for the army. 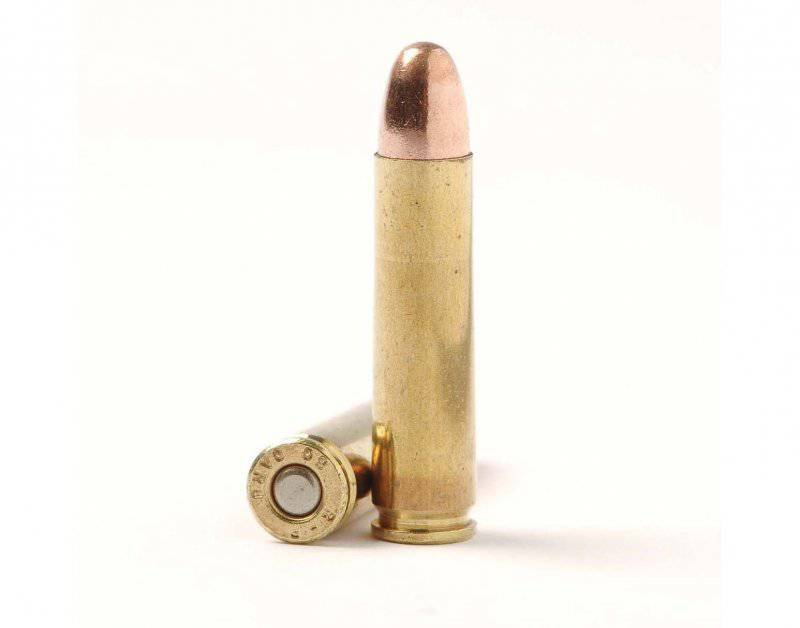 The same firm Winchester for this new cartridge was developed and lightweight self-loading carbine, adopted by the designation "Carbine, Caliber .30, М1". 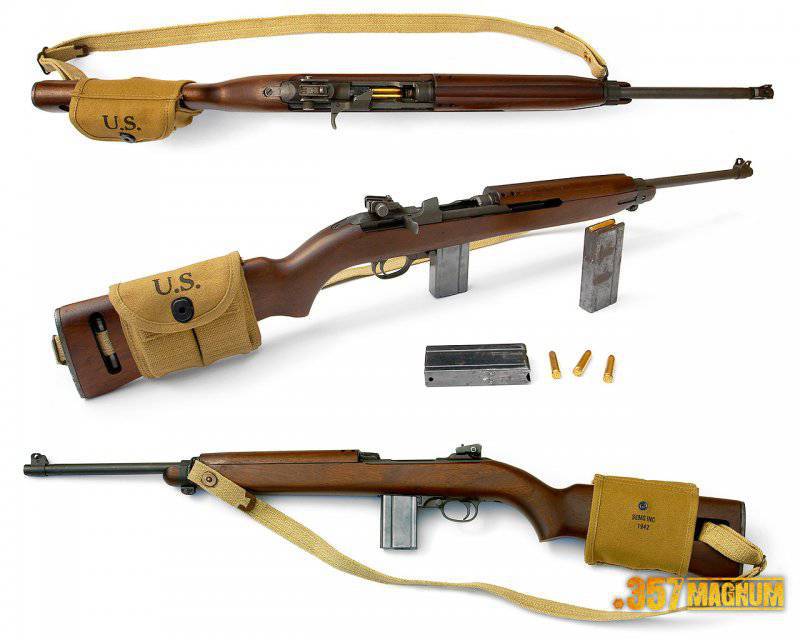 Over a million units have been released. weaponswhich occupied its niche on the battlefields of the Second World War and received the affectionate nickname “baby garand”, in honor of the former main weapon of the American infantry “full-size” rifle M1 Garand, a smaller version of which he slightly resembled due to a number of common features in designs and designs. By the end of the war, the M1 rifle was already in service with many countries of the anti-Hitler coalition.

With the revival of the state of Israel, the M1 became one of the first rifles that, through Czechoslovakia, entered into the IDF’s armament and contributed to the outcome of the war of independence. The M1 rifle enjoyed special demand from commando squads created on the British model due to its low weight and compactness. And remained in service until the mid 50-ies. 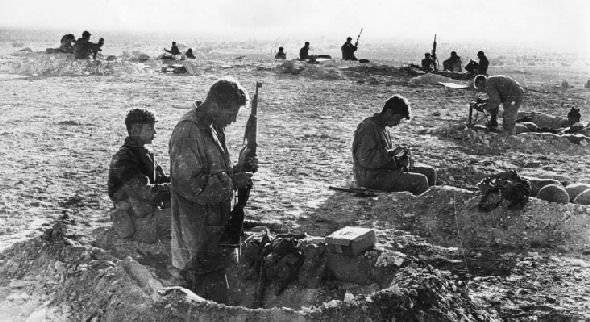 After 1955, the IDF began to be massively re-equipped with an FN-FAL rifle and a Uzi software, and the M1 carbine was decided to be handed over to law enforcement services - the police and Mishmar Ezrahi (squads of civil self-defense subordinate to the police). The idea was, by and large, successful, if not for one “but”. The convenient and short for combat М1 turned out to be long and inconvenient for the patrolman in a police car, therefore, without thinking twice, the Israeli gunsmiths set up a remake of М1 in М1А1 on the American model. In this view, the rifle has served faithfully for more than 30.

But the world does not stand still, time goes on, things age, and the M1 is no exception. Having established the production of parts and shafts for the repair of M1 carbines, the Israelis decided not to stop there. By the beginning of the 90-s, a gradual modernization of the service barrels began. The program has not received any names, however, as well as press coverage. Updates were quite modest, the M1 received a polymer box instead of a wooden one, a folding polymer butt and small replacements of internal mechanisms for more precise and wear-resistant ones. Some copies received new mounts for optics. And in this form, the M1 has served almost another 20 years. 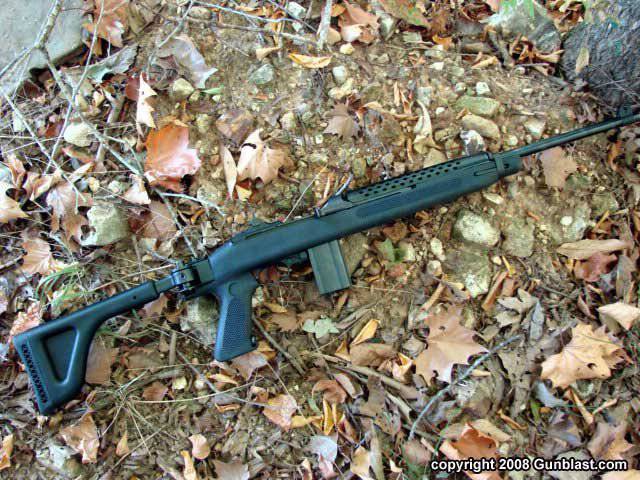 Finally, the 21 century has come, the age of high technology. The army received the TAVOR complex, the special forces received the X-95 complex. But what about the police? If for the civil defense the plastic M1 is still suitable, then for the 21 police of the century it is clearly already an obsolete weapon. It was impossible to rearm the police with weapons for military ammunition 5,56х45 mm, this ammunition is dangerous to use in police operations due to excessive power and trauma, and developing an entirely new weapon platform exclusively for the police is unreasonably expensive. Especially cartridge 7,62x33 mm absolutely satisfied with the police.

Without thinking twice, the gunsmiths decided to delve into the long-suffering M1 once more, and at the end of the first decade of the new century saw the light of the result of their work - a deep modernization of the M1 HEZI SM1. The hybrid of the carbine and PP, SM1 received all possible modern "nishtyaki" - the layout of bulpap, ergonomic polymer case, automatic firing mode, improved magazine on 30 cartridges and Picatinny rail. So even 30 years of life the M1 carbine is guaranteed. 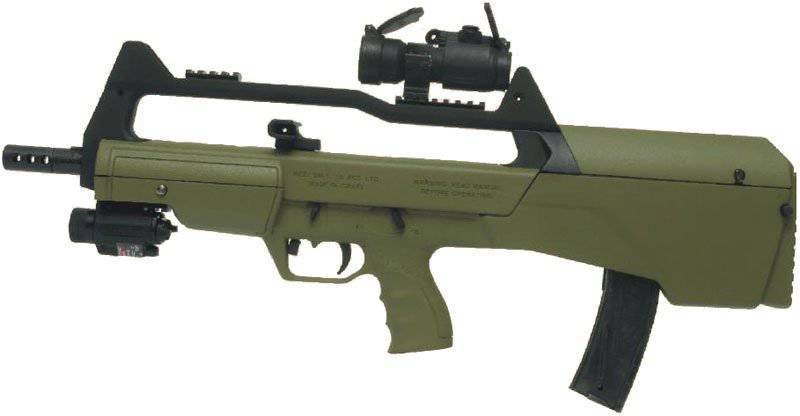 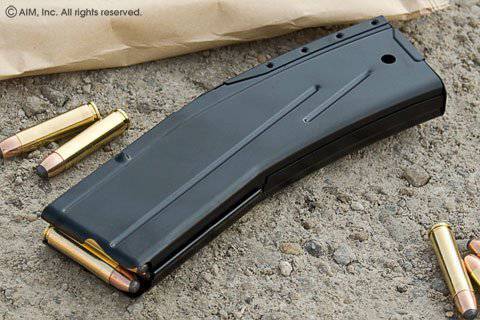 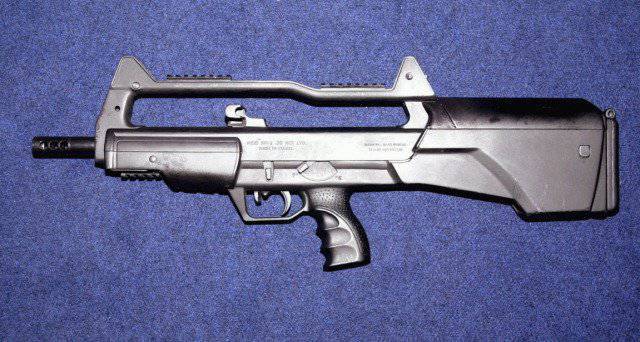