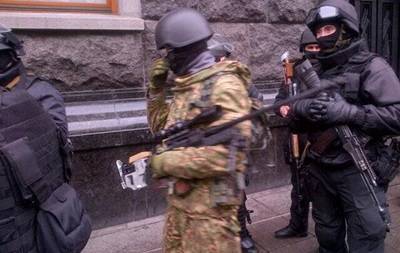 The Minister of Internal Affairs of Ukraine, Vitaly Zakharchenko, said that law enforcement officers issued combat weaponwhich will be applied in accordance with the law "On Police".


“As part of the work of the Anti-Terrorist Center, we sign the relevant orders - militia officers have been issued military weapons, they will be used in accordance with the law“ On Militia ”, the Zakharchenko’s address to Ukrainian citizens reads.

In addition, the Interior Ministry requires extremists to voluntarily surrender their weapons, and from opposition leaders not to support the actions of the radicals.

"Today, aimed shooting at militia officers from military weapons is open ... Not only law enforcement officers, but also civilians are dying on the streets, and pogroms began in Kiev and the western region of the country," the statement said.

Zakharchenko stresses: "The Interior Ministry demands that extremists voluntarily surrender their weapons and return to the framework of peaceful protest, and leaders and opposition representatives who are able to soberly assess the situation, dissociate themselves from the radicals and not support them in the future."

The Ministry of Internal Affairs of Ukraine has repeatedly called on protesters to stop illegal actions. “We warned about criminal liability. We explained exactly what violations of the law are taking place. We warned not to be taken aback by the radical militants. But, unfortunately, nobody wanted to hear us and draw appropriate conclusions,” Zakharchenko expressed regret.

According to him, as a result of shooting on Thursday, 29 law enforcement officers were hospitalized with gunshot wounds in the center of Kiev, there are dead, "the total score of the victims goes to tens."

“Several of our workers were captured, because the police were serving in the public order without firearms,” he added.

“We regard these actions as obvious aggression from extremists who are trying to shift the blame on law enforcement officers, although it has long been clear to all sensible citizens that violent actions are provoked exclusively by opposition leaders. They claim that they have no relation to the radicals, but incite them to attack and then not able to control them ", - said the Acting the minister

He explained that law enforcement officers will be forced to use weapons within the framework of the law "On Police" to protect citizens from attacks that threaten their life and health, as well as the release of hostages; to repel an attack on a police officer or members of his family if their life or health is in danger.

In addition, security forces have the right to shoot to repel attacks on protected objects, convoys, citizens' living quarters, premises of state and public enterprises, institutions and organizations, as well as their release in case of seizure.

"The criminals smash everything around, seize institutions and shops, set fire to cars, administrative and residential buildings. The leaders of the Right Sector incite people to arm themselves and seize state institutions," the acting president said. the minister

In this regard, the Interior Ministry demands that extremists voluntarily surrender their weapons and return to the framework of peaceful protest, and from leaders and representatives of the opposition not to support radical actions.

V. Zakharchenko reminds that the militia is an armed executive body, and the law allows the use of force, special means and weapons. "And there is not a single democratic country where the police structure would show such restraint and tolerance," he said.

At the same time, according to. Minister, the task of the Ministry of Internal Affairs of Ukraine - "to maintain the rule of law, and the police are able to restore order and calm in the state."