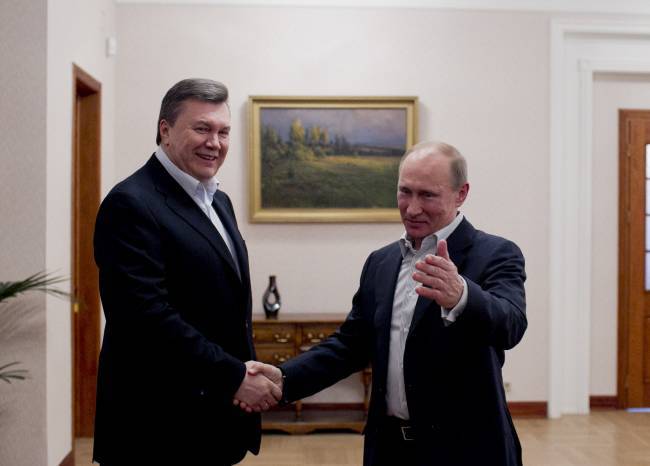 President of Ukraine Viktor Yanukovych called Vladimir Putin about an hour ago and asked for guarantees for his escape from Ukraine.


This was reported by a source of "Khvilі" in the Kremlin.

According to the source, Putin did not give a clear answer to Viktor Yanukovych.

Meanwhile, today in Sochi, the Russian president held a closed meeting on the situation in Ukraine. Following the results of which it was decided to take a waiting position.

It also became known that Russia decided not to allocate the second tranche to Ukraine within the framework of the Moscow agreements.

Ctrl Enter
Noticed oshЫbku Highlight text and press. Ctrl + Enter
We are
Results of the week. "Well, do not change me because of every idiot!"The big press conference of Vladimir Putin
Military Reviewin Yandex News
Military Reviewin Google News
367 comments
Information
Dear reader, to leave comments on the publication, you must sign in.