National Estonian fun: sign the border treaty with Russia and do what you want

February 21 2014
65
In the week, the foreign ministers of Russia and Estonia - Sergey Lavrov and Urmas Paet - put their signatures on the border treaty. At the same time, many news agencies presented this event as a truly breakthrough: they say that the parliamentarians quickly ratify the agreement both in Moscow and in Tallinn, and therefore now there can be no territorial claims from the two states to each other. 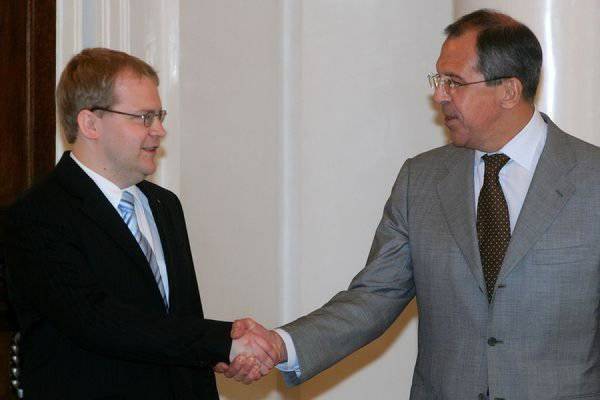 Of course, signing a border treaty between neighbors is a necessary and correct thing. However, with the euphoria about this and the words about the absence of territorial claims should be postponed. Yes, the treaty draws a border line between Russia and Estonia along the same line, which is today perceived, at least in the Russian Federation, as a border, but it’s impossible to call a border treaty a document without pitfalls. What is the reason?

The fact is that the current signing of the treaty is already the third since the existence of independent Estonia and independent Russia after the collapse of the USSR. The border treaty was signed and initialed in 90-x and in the so-called "zero". One of these signings took place in 2005 in Moscow. Everything was orderly, peaceful - the Estonian deputies ratified the treaty a month later, two days later the President of Estonia entered into the matter (then it was Arnold Ruuitel) and brought to the notice of his people that the border between Estonia and Russia was drawn. The deputies of the State Duma of the Russian Federation were also going to ratify, however, at that moment the thought arose in someone’s bright mind to study the treaty that they ratified in the Riigikogu (Estonian parliament). They studied ... It turned out that the Balts were absolutely unsatisfactory, as they say, “by hand” supplemented the signed contract with “their” points. According to these points, the border treaty is signed solely with regard to the passage of the demarcation line, as drawn in the Tartu Peace Treaty between Estonia and Soviet Russia 2 February 1920.

It would seem, but what is there? .. Yes, you know, nothing at all ... By the very same agreement, the young Republic of Estonia grew in the areas of the Pskov and Leningrad regions of Russia right up to Kingisepp (Leningrad region), which was a peculiar gift for neighbors from generous territorial concessions "Young" Soviet authorities. That is, it turned out like this: in the 2005 year, the Estonians ratified the agreement, as they say, by “attaching” Russian territories from the Pechora settlement in the south to Ivangorod in the north. And they were based on the Tartu Treaty for a reason that looks simply amazing: they say, how can we, Estonians, base on something else (from later contracts), if we do not recognize the legal significance of the Estonian SSR, after the creation of which the RSFSR returned their lands donated to Tallinn (aka Kolyvan, aka Revel) in 1920. Honest Estonian game, nothing to say ... 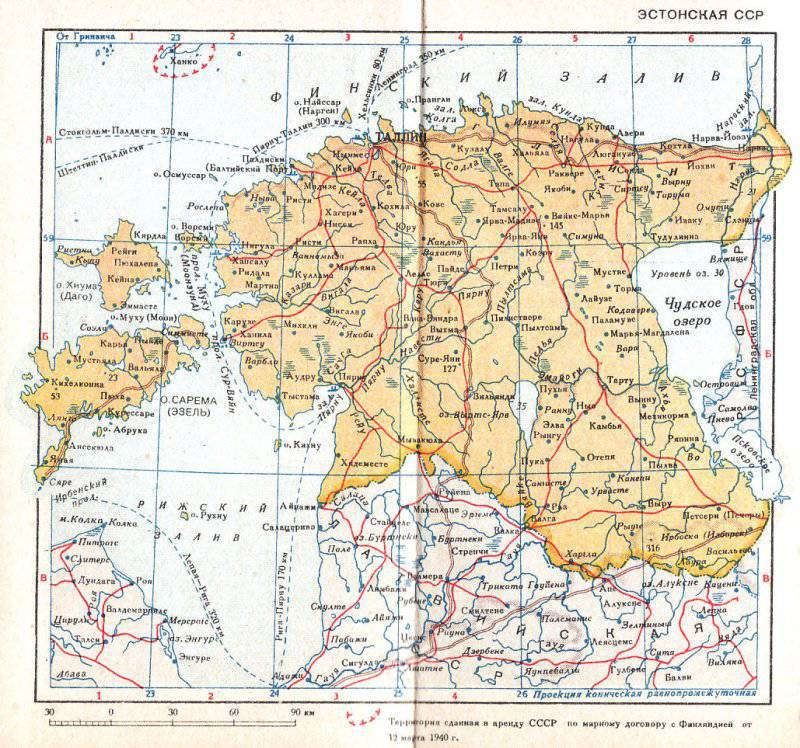 This is the border they want in Estonia (with Pechora, Izborsk and Ivangorod)
For obvious reasons, then the Russian deputies refused to ratify and called on the Estonian side to begin work on the treaty again, but without any unilateral "additions." For almost 9 years, the Estonian authorities figured out how to deal with the border treaty now - after all, Brussels, beloved by the Estonian leadership, also demanded its signing from Tallinn ... And now, finally, they RIPED - THE NEXT Estonian Foreign Minister signed the NEXT border agreement - essentially, a contract that was already signed in 2005.

Now the question arises: what prevents the Estonian side from taking again and writing something “their own” this time?
Well, for example, the Russian side is hindering ... In the middle of the week, a delegation of Russian parliamentarians headed by the Federation Council headed by Mikhail Margelov went to Tallinn, realizing the piquancy of the situation with “Estonian ratifications”. Like, dear Estonian partners, if you are going to ratify, then let's ratify without tricks.

It would seem that now everything will turn out exactly, now the border will not be interpreted by the parties as it pleases, now everything is transparent and unambiguous. But the Estonian authorities are the Estonian authorities, in order to manage, even in a completely obvious situation, to find an opportunity for a "maneuver." Apparently, some unknown bacillus is hovering in the Estonian government offices, which penetrates orally (or, excuse me, peranalno) into the organisms of officials and makes them people who are capable of kooky in any situation ...

This thesis was also confirmed by the head of Estonia, Mr. Ilves. Arguing about the signed agreement, the President of the Baltic “Power” first stated that he hoped for the ratification of the border treaty by the parliaments of the two countries as soon as possible, and then, as it were, by the way, he added that despite any signed agreements, Estonia would rely on its constitution particular on her 122 article.

To understand what Toomas Hendrik Ilves had in mind, let us proceed to the consideration of the aforementioned article of the Estonian constitution. And here it is (chapter 9 “International relations and international treaties, article 122):

The land border of Estonia is established by the Tartu Peace Treaty of February 2 of 1920 of the year and other interstate treaties on borders. The Estonian sea border and air border are established on the basis of international conventions. To ratify the treaties on which Estonia’s state borders are changed, a majority of the votes of the National Assembly in 2 / 3 is required.

And then there is the 123 article, which also needs to be mentioned:

Amazing stuff looms. That is, you can even beat your head against the wall, enter into any treaties there, and Estonia still sees its land borders only with Pechora and Ivangorod (the same Tartu agreement from 1920) until this variant of the constitution exists ... Estonia) as if recognizes the new treaty after its ratification, but the 122 article on the Tartu Treaty does not disappear from this ... And the very mocking (cynical) look is the thesis that Estonia does not conclude interstate treaties that are contrary to the constitution ... the title of the ER in this regard, well, just like from a joke: the first point is “Pechora and Ivangorod - Estonian territories”, the second point is “If Pechora and Ivangorod are not Estonian territories, then see paragraph 1”.

It turns out that one should expect the Estonian side and the ratification of the border treaty, and the revision of the constitutional article number 122, otherwise the price of the agreement is worthless, and Tallinn (which President Ilves is already actually demonstrating) will continue to refer to the Tartu Treaty, which long gone to oblivion, but not for the Estonian officials struck by the bacillus mentioned above ...

Ctrl Enter
Noticed oshЫbku Highlight text and press. Ctrl + Enter
We are
Results of the week. “I will tell you one clever thing! Only you do not be offended! "Results of the week. “You can legally go. It is difficult to reach
Military Reviewin Yandex News
Military Reviewin Google News
65 comments
Information
Dear reader, to leave comments on the publication, you must sign in.