February 21 2014
21
February 14 held a regular meeting of the Board of the Ministry of Defense. During the event, the heads of the military department discussed several topical issues and current projects. Among other topics, the Collegium discussed the program for the construction of a missile attack warning radar station (SPRN). According to the Minister of Defense S. Shoigu, the construction of new Voronezh radar systems will be completed by 2020, which will allow the creation of a network of detection facilities around the country. 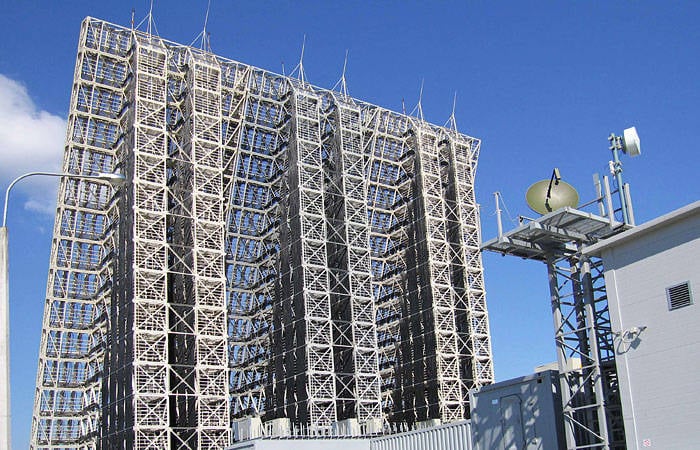 The construction and commissioning of the new Voronezh radar stations will significantly increase the potential of the missile attack warning system. The Minister of Defense noted that the new radars are capable of effectively solving the tasks assigned to them, including taking into account the existing threats. Radar stations of new types are created according to the technology of high factory readiness, thanks to which in a relatively short time it was possible to build and put into operation several similar objects. S. Shoigu noted that several Voronezh radars are already being used by aerospace defense forces, and another station of this type is currently being built in the east of the country. All construction and installation work is going according to plans.

The construction of the Voronezh-M head-on radar station started in 2005, near the village of Lekhtusi in the Leningrad region. In the spring of 2007, the first launch of the equipment took place, after about two years the station was put on experimental combat duty, and since February it has been operating normally on 2012. From 2006 to 2008, the construction of the leading Voronezh-DM radar in Armavir continued. In the middle of 2013, the station took over combat duty. In 2014, it is planned to put on alert two new stations at once, in the Kaliningrad and Irkutsk regions.

Last year, construction began on four more radars of the Voronezh family. Complexes of the Voronezh-VP type are being built in Yeniseisk (Krasnoyarsk Territory), Barnaul (Altai Territory), Orsk (Orenburg Region) and Vorkuta (Komi Republic). Currently, the construction of these stations is at various stages. Operation of the complexes will start no earlier than 2015-16. In the foreseeable future, the construction of several more new radar stations will begin.

According to reports, the radar "Voronezh-M" have a range of up to 4200 kilometers. In the case of two other systems of the family, this indicator reaches 6000 km. Ten (according to other data, eleven) radar stations of the Voronezh family will be able to monitor the air and space space in the western and southern direction, replacing the existing stations of the old types. Thus, the new radar designed to solve two problems. They must update the missile attack warning system, as well as maintain and improve its capabilities.

The result of ongoing work should be the creation of a modern network of radar stations of the missile attack warning system capable of tracking air and space in Europe and Asia. Until the end of this decade, it is planned to build and put on duty at least ten radars of the Voronezh family.