Southeast of Ukraine, which we lost 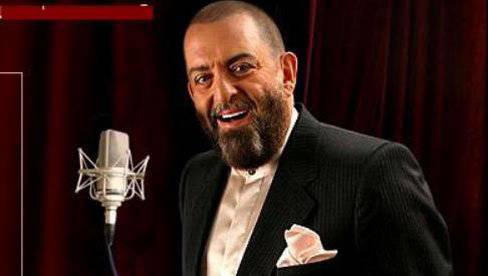 Excerpt from a non-existent novel

In the elegant Donetsk restaurant, the table was full of meat dishes and salads. Suddenly, Eugene got up and demanded that the musician perform a song by Shufutinsky. Dmitry went to the bar to ask the bartender to turn down the volume of the TV.

- Turn off this MOV, we have a language here!

“Why, Russian channels disappeared in the morning, although they promised to“ Field of Miracles ”and“ Time ”to include,” the bartender answered, unaware of the historical context of his answer.

Meanwhile, Yevgeny, under the song of Shufutinsky, let out a mean male tear. Yesterday during the "gathering" they lost a lot of guys.

- Marry, calm down! Yesterday we didn’t let the Solntsevskys go! Now Moscow has nothing to do with it! - Dmitry tried to reassure him, not knowing that they cut the last informal connection with big Russia in the shadow sphere.

Remembering now this conversation of 1994, Dmitry turned pale. His wife just called in tears, said that their son Oleg, together with the Donetsk fan movement "Ultras", went to support Euromaidan, where there were fights. Only now Dmitry had the opportunity to better examine his son’s room. The Russian teenager by nationality in the room on the wall next to the FC Shakhtar fan scarf hung almost the same colors of the UPA red and black flag, which read “Glory to Ukraine!” Death to the enemies!" Dmitry fell to his knees and cried. For all the years after the birth of his son, he so rarely went with him to the mass grave of Soviet soldiers, where Oleg’s great-grandfather was buried. More often than not, he himself came here to his grandfather and drank a glass of vodka. Not far from there was a cemetery where his friend Eugene, who was killed in 1996, was resting. Dmitry realized that despite his criminal past, formidable appearance and connections, his son was taken from him, rewriting the cultural and historical the code. Dmitry on his knees by the bed of his son, cried and was internally indignant, because he had given him to a Russian-language school! How could this happen ?! Unfortunately, in these troubled days for the state of Ukraine, many even decent Russian parents of their children in southeastern Ukraine made a discovery for themselves: “Learning math in Russian does not mean being Russian!” Without the great Russian literature and history of Russia, the fate of their children, culturally and mentally, was a foregone conclusion.

The ideology of farms and regional centers of Western Ukraine under the mask and flag of social protest conquered the hearts of the industrial Southeast. Its victims were the children of former criminal authorities, children of military officers from Soviet Russia before 1991, and other Russian-speaking social groups. The ideology of consumption in the Russian-speaking regions revealed the mental code in order to fill it with other meanings and concepts. Teachers of the history of Ukraine with Russian surnames who, in order not to lose work in 90, silently agreed to a new interpretation of history, now mentally for themselves chose the side of confrontation. After all, everything that seemed "innocent", "impossible" and existing only on the pages of a history textbook, was approaching their Russian-speaking cities and zones of cultural comfort ... For shouts of "Down with Yanukovych!" there was a project of building a Russophobic mono-ethnic state.

Ctrl Enter
Noticed oshЫbku Highlight text and press. Ctrl + Enter
We are
A great interview with Sergey Lavrov: about Ukraine, Obama and IranWhat you didn't want to know about England
Military Reviewin Yandex News
Military Reviewin Google News
81 comment
Information
Dear reader, to leave comments on the publication, you must sign in.