In China, created an ion engine with a resource of more than 10 000 hours 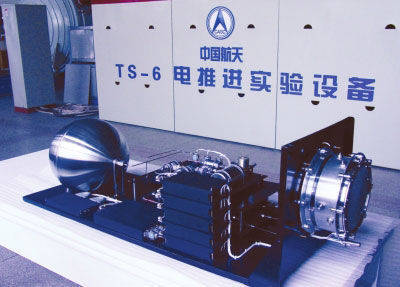 According to the Zhongguo Kesue Bao newspaper, the 510 Research Institute of the Fifth Academy of Aviation and Space Concern CASC successfully completed the development of a new type of ion engine with 200 mm grating diameter, which was tested on board the experimental satellite Shijian-9 ) worked continuously over 9 thousands of hours. This is the first ion engine model for spacecraft in China.


Ion engines are actively used to target Russian and American spacecraft from the 1960-70-s. According to the director of the Scientific Research Institute 510, Zhang Weiwen, so far the Chinese have used chemical-fueled engines in the propulsion systems of their satellites, which have made them heavier. He cited as an example a certain satellite that was launched into a high orbit, in which out of 4,8 tons of total mass about 3 tons accounted for fuel. When using an ion engine, the mass savings would be within 2 tons.

Ctrl Enter
Noticed oshЫbku Highlight text and press. Ctrl + Enter
We are
October 4 - Space Forces Day. 55 years ago, the world's first artificial Earth satellite, which opened the space era in the history of mankind, was launched into a near-earth orbit.Another satellite crashed without reaching the specified orbit
Military Reviewin Yandex News
Military Reviewin Google News
10 comments
Information
Dear reader, to leave comments on the publication, you must sign in.