Kyrgyzstan in Russia: to catch up and overtake the Tajiks 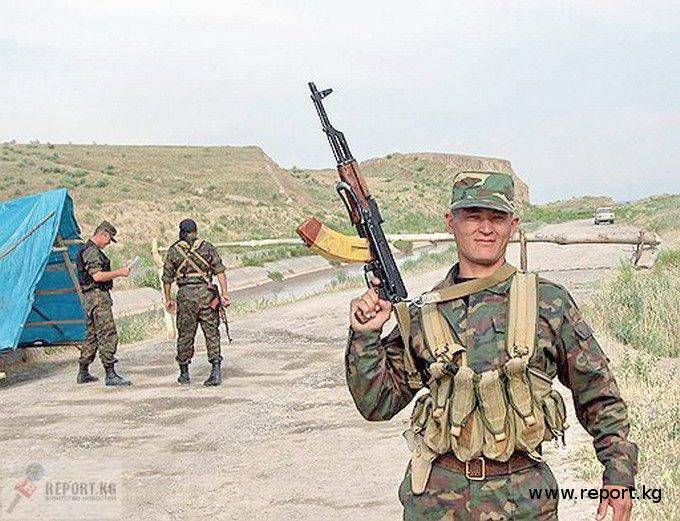 Protest demonstrations and rallies at foreign embassies are not a rare form of attracting the attention of the public and authorities. As a rule, these actions pursue political goals. But there are some rather curious nonsense. For example, imagine that in Mexico City, at the gates of the American diplomatic mission, an outraged crowd of Mexicans is dissatisfied with the American immigration legislation and demands that insidious Yankees not persecute Mexican migrants and not restrict their rights. In turn, on the other side of the border, the Mexican diaspora is also not silent and sends petitions to the Mexican government, expressing dissatisfaction with the passivity of the Mexican authorities, their lack of proper reaction to the mass checks of the deportation of Mexicans.

Of course, these scenes from the “soap opera” about the Mexican migration to the north were not even mentioned. Despite the fact that Mexicans, Americans and Canadians have formed their common North American market, Americans are not in no hurry to open their labor market in front of Mexico, but vice versa, they do not want the means to strengthen the southern border and suppress the illegal border from the south. That is, there is a normal practice of economic cooperation, based on a certain consensus on issues of mutual benefit and the protection of one’s national interests. Therefore, Mexican migrants who settled in America will not even come to mind, thinking to turn to Mexico City demanding that their homeland “put pressure” on Washington and demanding loosening up for migrants, and compatriots at home with the same requests picketed the American embassy.

But in a relationship where dubious political interests prevail, burdened by nostalgia for the “good old days”, where interstate and trade and economic relations are built on the principle of “beggar-benefactor”, Mexican inventions take on very real outlines. In the post-Soviet space, you can find a lot of examples. This vicious, corrupting practice is best seen in Russia's relations with the poorest Central Asian republics - with Kyrgyzstan and Tajikistan.

Just at the Russian embassy in Bishkek, there was a rally in defense of migrants, organized by marginal politicians who earned prestige on the plight of the population. In Russia itself, the Kyrgyz diaspora cast its disgruntled voice. And they had reason to stir and worry. Although Russia has not yet decided to restore order and build migration policy in the interests of its own population, and not of the CIS countries, under the pressure of protest and xenophobic sentiments, the Russian government is forced to make decisions that mimic a systematic approach to migration problems.

But even these cosmetic measures were enough to sow a small panic among Kyrgyz migrant workers. No joke, in Moscow alone there are about 400 thousands of Kyrgyz migrants who are illegal. Over the second half of 2013, more than 2 thousands of Kyrgyz were deported from Russia. According to the Ministry of Labor, Migration and Youth of Kyrgyzstan, the number of Kyrgyz who are on the Russian “black list” has reached 43 thousand people, while the number of migrants who can still reach there reaches 270 thousand people.

However, no matter how many Kyrgyz people are expelled from Russia, the migration flow is not that it does not weaken, but continues to grow. Kyrgyzstan is confidently following the Tajik route, where the policy of squeezing out “excess” labor and forcing the population to migrate out of the country has been elevated to the rank of state.

According to various estimates, over a million citizens of the country have now left for Kyrgyzstan to earn money. At least about 700 thousands of them "walk" in the Russian open spaces, the rest are attached in neighboring Kazakhstan. According to the head of the Federal Migration Service of the Russian Federation Konstantin Romodanovsky, Kyrgyzstan has become one of the three leaders in migration to Russia.

The remittances of migrants to their homeland exceeded $ 2,1 billion. According to Temir Sariev, Minister of Economy of Kyrgyzstan, the real amount of financial income from compatriots is much higher. According to experts, in addition to bank transfers, about $ 700-800 million also enter the republic in various other ways. In the republic's GDP, migrant remittances have already exceeded 33 percent. Well, than after that Kyrgyzstan is not Tajikistan-2 in Central Asia.