Return to the Middle Ages 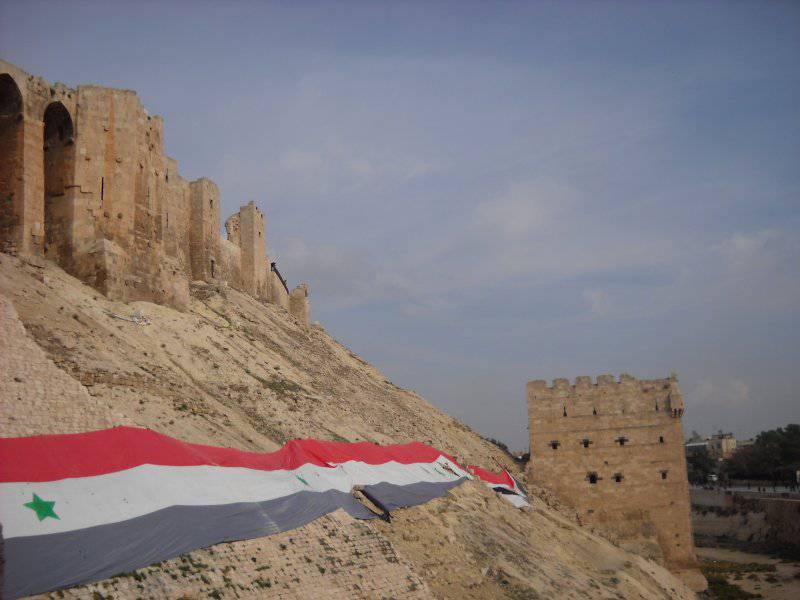 In the regions of Syria captured by the militants, the very present Middle Ages reigns, in its worst aspects. And in the event of the victory of the “opposition” that the West is so eager for, such wild “democracy” threatens to overwhelm the whole country.

In the video distributed by the “oppositionists” themselves - the Sharia court in the north of Syria. Two residents missed the Friday prayer. Instead of a mosque, they were caught in a store when they bought food. In the eyes of the crowd, screaming "Allah Akbar", in the eyes of children who were brought to look at the cruel spectacle, men are sentenced to public flogging. They put on their knees, pull up their shirts. One of the militants with a rubber truncheon in his hand executes the sentence until the defendants' backs turn into a solid bruise.

It would seem that the practice of corporal punishment long ago, a century ago, was abolished throughout the civilized world. But these two still got off easy.

Less lucky girl from the city of Raqqa, which is under the control of the terrorist organization "Islamic State of Iraq and the Levant." 16-year-old Fatum Al-Jassem was accused of using the Facebook social network. A similar "Sharia court", so similar to the Lynch courts, familiar from Westerns, sentenced her to death by stoning. As a result, she was brutally murdered in front of the crowd.

In the city of Aleppo, militants from the so-called "Islamic Front" blew up the Carlton Hotel, which was considered one of the best in the "northern capital of Syria." In good times, it was in this hotel that thousands of tourists stayed who came to look at historical sights of the city and wandering around the eastern covered markets, built during the time of Alexander the Great.

Now there are no more covered markets - they were destroyed and burned by “oppositionists”. The main attraction of Aleppo - the majestic Citadel, built in the 3 century BC - still stands. But the militants threatened to “release” her too. In the video, an Islamist sitting in a tunnel dug under the Carlton Hotel boasts the “successes” of the Vandals and says that tunnels will also be dug under the Citadel and it will be blown up.
UAR Tourism Minister Bashir Yazidji stressed that “the explosion of the Carlton Hotel and the threat to blow up the Citadel is an example of the fact that the country is fighting against the forces of backwardness, destruction and darkness, which wish to deprive the country of all the beautiful things in it”.

According to experts, the digging around the Citadel and the numerous explosions that took place not far from it, deprived the ancient landmark of its former stability, and now just a small earthquake is enough for a great architectural monument that has stood for many centuries and survived many conquerors, was lost forever.

They do not see and do not hear this policy of the United States and the West, who continue to file charges against Damascus at the slightest provocation, but cannot decide to accuse the “opposition” of something. Neither the death of people, nor mass killings, nor “Sharia courts”, nor the threat to destroy the ancient monuments included in the UNESCO heritage list, nothing can induce those who are allegedly fighting for democracy to reconsider their position. They continue to talk about the “regime” and its “responsibility”. I would like to know how the US authorities would have behaved with gangsters who would threaten to blow up the Statue of Liberty! Or the French authorities in response to threats to destroy the Eiffel Tower!

No, the West continues to support those who threaten to screw Syria and the entire Middle East into the distant dark ages.

Robert Ford, a former US ambassador to Syria, openly called on militants to step up fighting (that is, terrorist activities, killings of military personnel and civilians, destruction and other crimes) in the south of the country - in the provinces of Daraa and Kuneitra. To this end, an American aircraft recently arrived in neighboring Jordan with weapons and ammunition. Across the border between Syria and Jordan, it is planned to transfer thousands of militants in small groups.

A few days ago, the Jordanian news agency Peter reported that the border guards of this country stopped a group of militants who were trying to illegally get into Syria. During the clashes, one of the bandits was killed, three more were wounded. Earlier, the Jordanian border guards stopped the transition of another similar group - seven violators were injured, three were arrested. But the authorities of Jordan cannot resist US pressure for a long time and stubbornly; therefore, the Syrian-Jordanian border, although it has not yet become similar to the border from Turkey, is nevertheless “leaky” - bandits often leak through it. And the detention of individual terrorist groups is rather the exception rather than the rule.

At the same time, the puppeteers of the “opposition” are preparing a new structure from among those who left the “opposition coalition”, not agreeing with its participation in the “Geneva-2”. It would seem that, in accordance with international agreements, those who do not agree to participate in the “Geneva-2” should be isolated by all parties and by all means as marginalized and outright criminals who do not respect the world community. However, the US is trying to use them for their own purposes.

Russian Foreign Minister Sergei Lavrov stated on this point: “The structure is created by those groups that left the National Coalition at the expense of those who do not believe in the negotiation process and want this new entity to replace the National Coalition. In other words, the course is taken to leave the negotiating track and again rely on the military scenario. ”

The very same "opposition" once again changes the leader. Instead of Salim Idris, the leader of the so-called “Syrian Free Army” was a certain Abdullah Al-Bashir.

According to the anti-Syrian TV channel “Al Arabya”, Idris was shifted “for mistakes”. When in early December of last year, radical Islamists in the internecine struggle seized the headquarters of the SSA and military warehouses in the city of Bab el-Hawa in the province of Aleppo, Idris simply fled. Once he had deserted from the current Syrian Arab army, so it was difficult to expect anything else from him. Deserter - he is a deserter.
In addition, the militants themselves accused their former ringleader of corruption and of selling the weapons supplied by the West to extremist groups.

There is no hope that the new leader of the SSA will be better than the previous one. And the West, supporting the SSA as a “moderate opposition,” should have thought about those who would inevitably get a weapon - no matter whether the Islamists seize it by force or buy it from the SSA. Otherwise, the girls will soon be stoned on the streets of European cities for using social networks, and under the Eiffel Tower or the Colosseum digs will be dug.