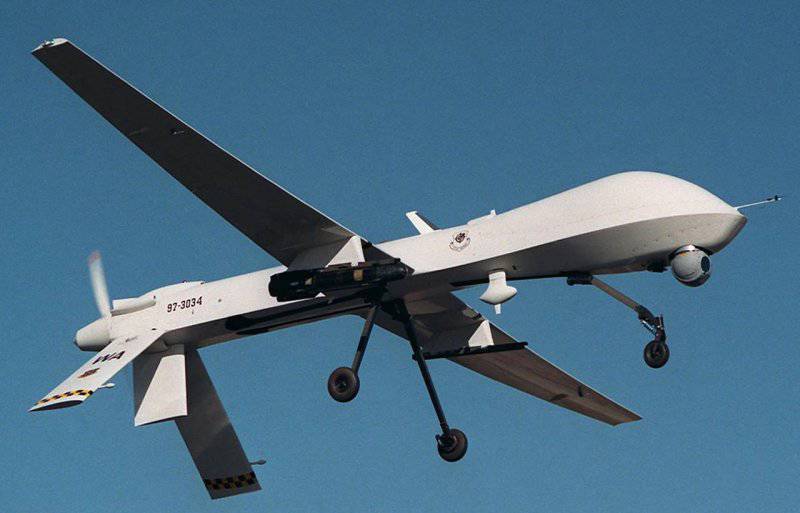 The United States uses unmanned aerial vehicles to conduct undeclared wars: in addition to Afghanistan, where the armed conflict lasts for many years, the States bombed Yemen, Somalia, Sudan and Pakistan. Moreover, civilians mainly suffer from drones attacks: now and then it is reported that participants of wedding processions, festive processions and other peaceful gatherings are killed by air strikes. The true number of victims remains unknown. Even if accurate data is available, US intelligence agencies will do everything possible to keep them hidden from the eyes of the international community.

Barack Obama, during his election campaign, argued that the States would no longer send their soldiers to the war overseas. Many observers thought that he was abandoning coercive pressure in favor of coercive methods, but no matter how. Obama has kept his word: since the day of his inauguration, the foot of the American soldier did not really set foot on foreign land. Libya was fired from the sea and bombed from the air - the role of the occupying army was performed by the Wahhabis and local rebel tribes.

In addition, the number of drone attacks has increased tenfold. No one knows exactly how many strikes were made, however, according to expert estimates, from 2004, American drones in different parts of the world carried out bombardments from 450 to 600. For comparison: under Bush Jr. unmanned aerial vehicles were used less than 80 times.

The death toll from air attacks is at least 3 thousands of people. According to the estimates of the British organization “Bureau of Investigative Journalism”, from civilians were killed from 550 to 1200 killed during the rule of Barack Obama.

According to eyewitnesses from Pakistan, drones never fly alone. An attack on each village is a mass action: before the bombardment begins, 10-12 machines circle in the sky over the village. Their operators, while at the base in Langley, meanwhile, are choosing targets. After the command to the volley will be given, the devices produce an attack, and the villagers themselves do not know which of them will be under attack.

Driving for UAVs - not the people themselves, but their SIM cards. A phone with a card inserted in it will not necessarily be in the pocket of a suspect in terrorism: perhaps now it is on the table or in the hands of a random person. It is not surprising that after the bombing many "targets" survive, and the innocent suffer.

According to the American reporter Jeremy Scahill, the author of the book “Dirty Wars” and the documentary of the same name, in preparing for the next attack, the military does not always know who they are going to kill. Often act at random: a lot of innate errors prevent the system from operating correctly. In fact, whether a stranger will live depends on the case.

Interestingly, the main “targets” of strikes at the official level are not always considered to be terrorists. That is, the United States acts on the basis of suspicion only: if we consider you a criminal, it means that it is so, you do not need to prove anything. Such measures are taken only in wartime, but the States did not formally declare war on anyone. The United States is in a state of peace with those countries whose citizens are under attack from the air.

Lawsuit against the CIA

The scale of the use of UAVs drew the attention of British and Dutch human rights organizations. They offered to hold a hearing about the "remote murder", but their initiative was almost thwarted by unknown. The fact is that the main witness of one of the bombings, Karim Khan, was abducted. This resident of Pakistan after raiding American drones in Rawalpindi in 2009, lost his home. The wreckage of the home killed three people - a son, brother and friend Karim Khan. None of these people had anything to do with terrorist groups.

Karim Khan appealed to human rights activists who helped him prepare a lawsuit for the CIA. In compensation, the Pakistani is demanding that the special services pay an amount of 500 million dollars.

The plaintiff was abducted by 5 in February of the current year in his city: he was detained by about twenty armed men in police and military uniform. Lawyers Karim Khan argue that this is what ISI is doing - Pakistan Inter-Agency Intelligence. This service operates in conjunction with the CIA, including providing the United States with information about possible targets for air attack in Pakistan.

However, Karim Khan was soon released at the request of European deputies. The Pakistani survived only because his kidnapping was made public and caused an international scandal: Karim Khan was expected at hearings in Europe.

Traces of disappearances are commonplace in modern Pakistan. Recently, in Balochistan, several nameless graves were found, each containing dozens of bodies.

According to the independent journalist and director of documentary films Madihi Tahir, special services have long been practicing kidnapping of ordinary citizens. Especially often people disappear in Balochistan - in a region where most people support the idea of ​​creating an independent Baloch state. Madih Tahir claims: Karim Khan was kidnapped to intimidate opponents of the use of drones, because he is the first Pakistani who initiated the lawsuit against the CIA. With that, even the citizens of the United States do not risk filing claims against their special services.

Now the film “Dirty Wars” reporter Jeremy Skehill nominated for an Oscar. This is due to the increased interest in the secrets of American intelligence after Edward Snowden released a series of sensational documents. Scahill, in collaboration with Glenn Greenwald, a journalist for The Times, created The Intercept website, which publishes debunking articles about the activities of the CIA, the NSA and other US law enforcement agencies. In fact, reporters joined the army of the followers of the Snowden affair, and made their little contribution to the fight against the system.

Human rights activists condemn the terror organized by the United States against foreigners. In their opinion, the use of drones is a violation of basic human rights. But the countries where these human rights defenders live and work oppose the introduction of a moratorium on the use of unmanned aerial vehicles. Britain, France and other states of Western Europe are allies of the United States, and are not going to hinder Washington in its excesses, as long as they are directed against the third world countries.

Thus, even if the British and the Dutch hold hearings on the death of civilians, the outcome of these meetings will not affect the US military strategy. The kidnapping of witnesses for the bombings is a clear confirmation of this: it is obvious that the killing of the activists by the Pakistani special services is being carried out with the support from abroad. Such large-scale work is clearly coordinated from one center.

At the same time, even if the truth about mass “air executions” falls into the media, ordinary Americans and Europeans will remain indifferent. With the question “where is Pakistan?” They will look at the world map in bewilderment. And in a few hours they will forget about what they saw on television, and go to their home, which is guaranteed not to be bombed, to their relatives, who are guaranteed not to be killed.

And only politicians in the framework of election campaigns will try to play on the feelings of voters. The situation with the global terror of the United States will not change as long as someone influential in the States themselves will not be interested in this.

Ctrl Enter
Noticed oshЫbku Highlight text and press. Ctrl + Enter
We are
Kenya against Somali terrorists: war on the Horn continuesSituational analysis of the death of the MH17 flight (Malaysian Boeing 777), made on the basis of engineering analysis from 15.08.2014
Military Reviewin Yandex News
Military Reviewin Google News
29 comments
Information
Dear reader, to leave comments on the publication, you must sign in.