Do not confuse the goal with the means. Totalitarianism - a tool, and sometimes necessary 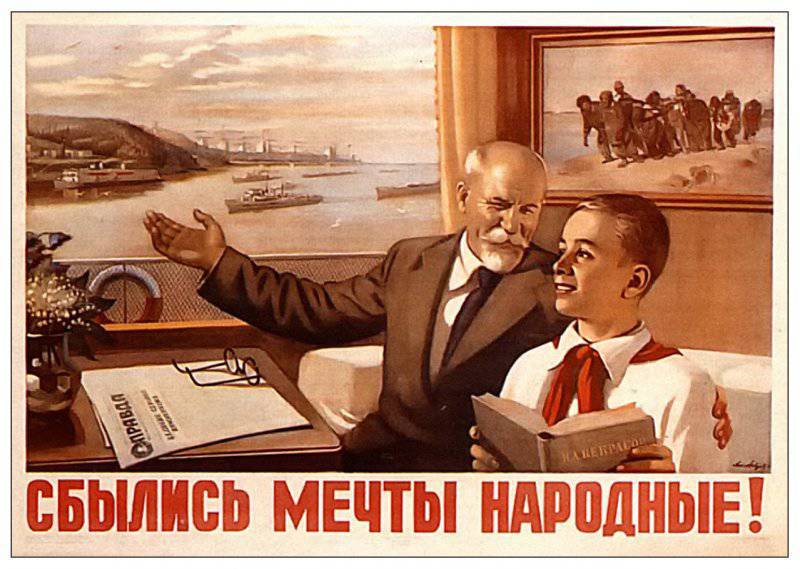 In connection with the Sochi Olympics, many long-standing illnesses of public consciousness have become considerably sharper. In particular, our liberal younger brothers in mind now and then compare it with the Berlin Olympics of 1936, which significantly contributed to the legitimization of the national socialist German workers' party in world public opinion. From this comparison, the conclusion is made: the current Russian Federation started the Olympiad only for the sake of its own legitimization. True, the decision on the Berlin Olympiad was taken in 1930, when Germany was a model of European democracy, and on Sochi in 2007, when only the most extraordinary freedom-loving people like Valeria Novinvorskaya were denounced the bloody KGB regime. But, in the opinion of the champions of individual freedom, not restrained by society, it is possible to cancel the world sport festival if it plays into the hands of those who like them. And if you still could not cancel - you should at least choose a comparison more easily.

Of course, you can compare everything with everything. In one of the works of Charles Latuid Charles Dodgson, better known as Lewis Carroll, the question was posed: what do raven and desk have in common (that is, devices for writing work standing up; such desks were very popular in the XIX century, and now they are often used by those who fear hemorrhoids). Carroll himself did not give an answer to his question, but lovers of his work found a good dozen different similarities between the two objects. I suppose this artistic experience is enough not to be surprised at any comparisons.

But it must be admitted: in the 1930s, the Union of Soviet Socialist Republics, the Third German Empire, the United States of America had undoubtedly much in common. I briefly described this general a few years ago in my article “Totalitarianism is a struggle”.

Totalitarianism in its essence is something that is not necessarily hellish, just as it is not at all necessarily blissful and salutary. Totalitarianism is only a technology of concentrating the maximum technically possible share of society’s resources for the sake of achieving one goal. And what is this goal - is a completely separate question.

Germany concentrated all the forces for the capture of someone else. The Soviet Union - for the sake of creating and protecting its own. The United States of America is for the sake of getting out of the economic deadlock, where the impetuous pursuit of profit, at any price, so to speak, drove the country somewhat earlier. So the goals are completely different, but the means are the same.

Moreover, even the aesthetics are the same. If we look at the buildings built in these countries in the 1930s, we will see incredibly much in common. If we look at the campaign posters issued in the United States of America before the war and during it, and we will remove English inscriptions from them - not every amateur stories and the arts will be able to distinguish them from the German or Soviet posters.

By the way, art lovers have long noted: Motherland on the poster of Irakli Moiseyevich Toidze “Motherland Calls”, created in the early days of World War II, pretty much resembles a French fighter going to attack on a French propaganda poster of 1915. Rotation of the hand and the position of the hand - in general, under a magnifying glass not to distinguish.

The more extreme the circumstances we face, the more externally in common, even among people and societies that are radically different internally, because people always need roughly the same means to concentrate their efforts. And what is important is not that we are concentrating efforts, but for the sake of what.

As for Nazi Germany specifically, there is another reason for commonality. The ruling party, whose official name is given above, really did a good deal for the German workers. For example, the famous "Wilhelm Gustloff", sunk by a Soviet submarine C-1945.01.30 13 under the command of Alexander Ivanovich Marinesko, was originally built as a vessel for low-cost working cruises. True, at the time of the “attack of the century” there were no workers on it: from Gdynia, then called Gotenhafen, according to modern estimates given in Wikipedia, 918 cadets of junior groups of 2 training submarine division, 173 women crew member, 373 women from the auxiliary marine corps, 162 seriously wounded soldiers, 8956 refugees (mostly old men, women and children) - total 10582 people. According to the laws of war, those who load civilians on vehicles transporting military personnel and not carrying identification marks of the medical service are responsible for the fate of practically inevitable victims.

But they took care of the workers not only in the USSR and Germany. In the same 1930-ies and in the United States of America, quite a lot of laws were passed in favor of the workers: firstly, to prevent the already planned riots; secondly, what is equally important is to reduce the working time of each employee and thereby force employers to attract more workers, reducing the explosive mass of the unemployed.

With all the variety of goals that people and human societies set for themselves, the variety of means to achieve these goals is incomparably less. The one who looks at the means, forgetting about the goals, is naturally doomed to move to the wrong goal.

Ctrl Enter
Noticed oshЫbku Highlight text and press. Ctrl + Enter
We are
On the other side of the “red” and “white”. Izborsk Club ReportUSSR disaster was controlled
Military Reviewin Yandex News
Military Reviewin Google News
33 comments
Information
Dear reader, to leave comments on the publication, you must sign in.