Stormtrooper Textron AirLand Scorpion. Completed the next phase of testing

February 20 2014
16
A few days ago, the US completed the next stage of testing a promising lightweight Scorpion strike aircraft, created by Textron AirLand. In January and the first half of February, the developers of the development company checked the work of various systems and collected the information necessary for the further development of the new aircraft. The tests ended on February 13. 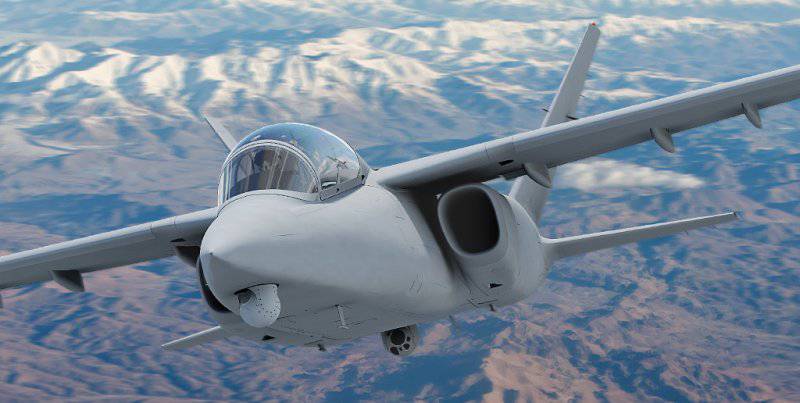 According to test pilot D. Hinson, good test results were obtained during test flights. The purpose of the test was to check the mechanical and electronic systems of the aircraft. In addition, testers were able to evaluate its overall performance and effectiveness. Test flights were conducted at the US Air Force base in Wichita.

The approximate plans of Textron AirLand for further work under the Scorpion project are already known. Until the end of this year, several hundred test flights are expected to take place, during which the operation of various on-board systems and flight characteristics of the first prototype will be checked. First of all, it is supposed to complete the adjustment of all onboard systems and bring the flight characteristics of the aircraft to the required level. In the future, experts will be engaged in the refinement and testing of weapons.

The Scorpion project is still in the testing phase of the first prototype, but now it is of some interest to the military, specialists and amateurs aviation. First of all, it is necessary to note the "origin" of the new attack aircraft. The Textron AirLand joint venture was created by two large aircraft manufacturing organizations: Textron and AirLand Enterprises. The first, in particular, includes companies such as Cessna and Bell, which have extensive experience in the creation of aircraft, including military. In early 2012, two companies signed an agreement on the creation of a joint venture.

The first and perhaps not the last project of Textron AirLand was the Scorpion strike aircraft, which was called SCV12-1 in the early stages of development. The Scorpion project was launched with the goal of developing a new light attack aircraft capable of performing various combat missions related to the detection and destruction of ground targets. Wanting to win a place in the current international market of combat aircraft, Textron AirLand decided to interest potential buyers in the economic side of the project. So, one of the main advantages of the Scorpion aircraft was to become a relatively low cost of operation. According to reports, this parameter will not exceed 3-4 thousand US dollars per flying hour. For comparison, the flight hour of F-16 fighter-bombers costs about 20 thousand dollars. 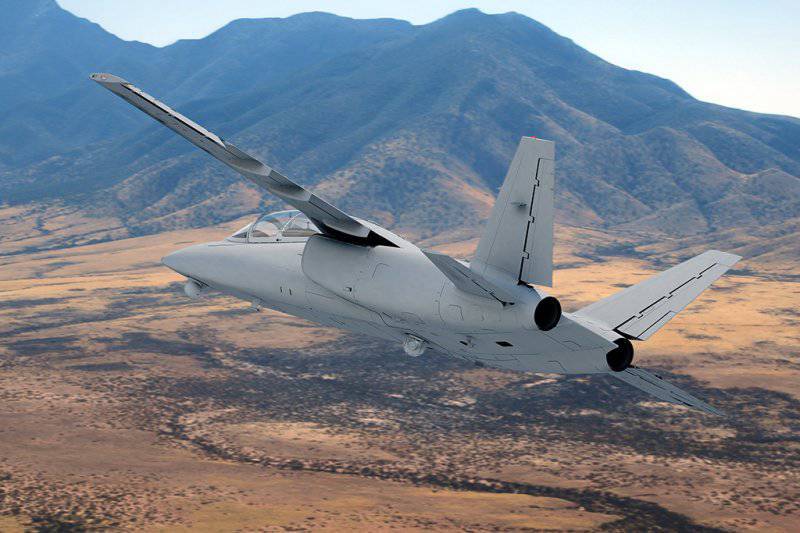 An interesting feature of the project Scorpion has become an approach to advertising. Until the autumn of last year, only persons associated with its development knew about the existence of the project. The general public found out about it only on September 16, when the construction of the first prototype had already come to an end. Shortly after the "premiere" began testing the first prototype.

There are some known methods of reducing the price of the aircraft and the cost of its operation. To reduce the cost of construction and simplify maintenance in the Scorpion aircraft, components and assemblies taken from other projects of Textron companies are widely used. For example, two turbojet engines Honeywell TF731 with a weight of 1800 kgf, with which some commercial aircraft are also equipped, are used as a power plant on a new attack aircraft. In addition, part of the parts of the airframe should be made of composite materials according to long-established technologies.

Despite comparative simplicity, a promising strike aircraft must have sufficiently high combat characteristics. Scorpion can carry and use up to 1400 kg of various weapons on the six nodes of the external suspension. It is stated that there is an internal cargo compartment with the possibility of suspension of the same load, but it will be used to accommodate special equipment. The exact composition of weapons suitable for use has not yet been named. Apparently, the nomenclature of armaments will be typical for light attack aircraft: unguided and free-falling bombs, as well as various guided weapon. The specific composition of weapons available for use is likely to be determined by the customer.

The specificity of the tasks performed, namely the need to detect and destroy ground targets, affected the technical appearance of the aircraft. The Scorpion attack plane is made according to the normal aerodynamic configuration with a high swept wing. In the rear fuselage are stabilizers and two keels. The tail part of the fuselage has characteristic contours, due to some features of the installation of two engines. In the forward fuselage there is a double cabin with a tandem arrangement of the crew. The cabin is closed by a common lantern. 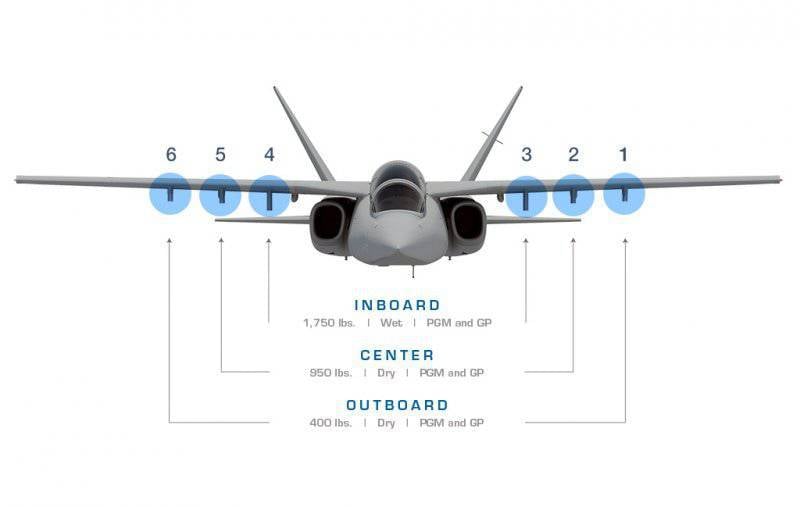 An aircraft with a maximum take-off weight of over 9,6 tons must reach a speed of no more than 820-830 km / h, have a practical ceiling at the level of 13,7 km and a distillation range of about 4400 kilometers. It is easy to notice that the declared flight data fully correspond to the tasks that the Scorpion will have to perform. The flight speed of no more than 830 km / h will allow it to reach the required area relatively quickly, but at the same time maintain an acceptable level of fuel consumption. In addition, the straight wing will allow the attack aircraft to fly at relatively low speeds, literally hanging over the battlefield. The stock of fuel will make it possible, if necessary, to patrol a given area for some time.

At the moment, lightweight Scorpion strike aircraft looks interesting and promising. The stated characteristics and combat capabilities may be of interest to a wide range of potential customers. It seems that Textron AirLand was able to fulfill its promise and create "the most affordable tactical aircraft." Nevertheless, it is too early to draw conclusions. Tests of the new attack aircraft will last at least until the end of this year, and only after their completion will it be possible to speak with confidence about the prospects of the aircraft.

According to reports, already now the Scorpion attack aircraft interested potential buyers. The development company claims that negotiations are underway with two foreign countries, which may acquire a number of new aircraft. Who exactly is involved in the negotiations, has not yet been reported.

The available data on the prospective strike aircraft Scorpio suggest that the main customers will be small and not rich countries that need to upgrade their air force, but limited in financial capabilities. In addition, large countries may be interested in aircraft. So, the Scorpion aircraft may be of interest to the National Guard and the US Coast Guard. This was stated by former commander of the Air Force National Guard P. Weaver. However, one should not forget that currently Weaver is working as one of the curators of the Scorpion program, which makes his statements ambiguous. 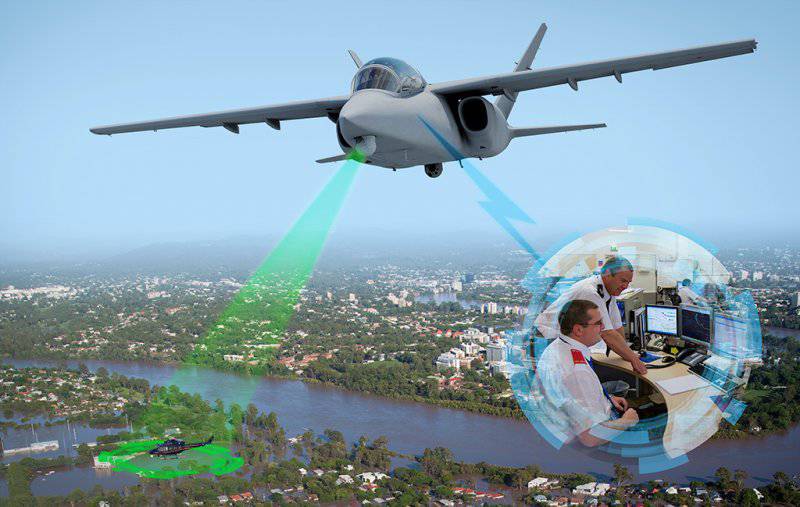 If you believe the company Textron AirLand, then as soon as possible negotiations on the supply of attack aircraft Scorpion can be completed by signing a contract. In the meantime, American aircraft manufacturers continue to improve their new development. Until the end of this year, it is planned to conduct several hundred test flights and complete the refinement of a number of important systems. Only then can begin the preparation for the serial construction of new aircraft.