February 22 2014
86
Dr. Paul Craig Roberts (USA), formerly Assistant Minister of Finance for Economic Policy, member of the editorial board of the Wall Street Journal, a columnist for Business Week and other publications, now maintains its own website, which has long attracted the attention of the world community. Recently, a scientist published a new material. "Russia is under attack"dedicated to the measures taken by the White House to weaken Russia, including the activities of the Ministry of Propaganda, demonizing the Russians and Putin. 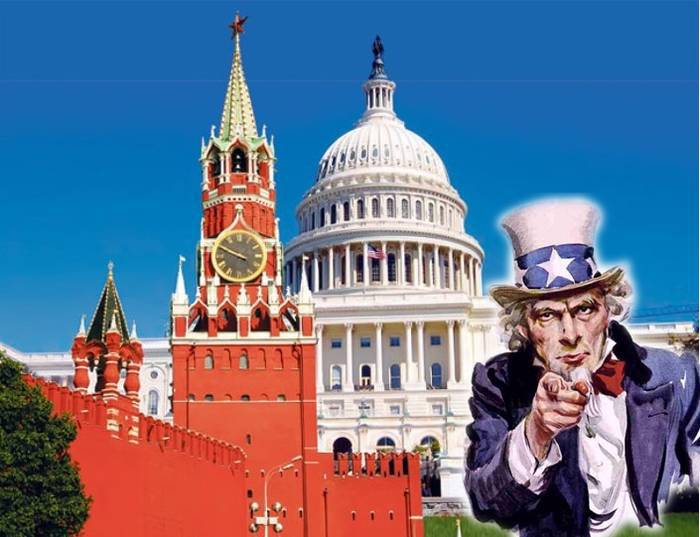 Roberts has repeatedly explained to the Americans that the Soviet Union limited the power of the United States, and the collapse of the Soviet Union unleashed neoconservatives, opening the way to world hegemony. And today, Russia, and still China and Iran are the only restraints of the appetites of the neoconservatives. The nuclear missiles of Russia and its military equipment made Russia the strongest military obstacle to American hegemony.

Washington expanded NATO to the ex-republics of the former USSR, and now it is intended, comrade Roberts writes, to connect not only Georgia but also Ukraine to NATO. Washington has established a base for the missile defense system at the borders of Russia. At one time, Washington changed its nuclear doctrine: he allowed himself a preventive nuclear strike. All this, according to the analyst, is aimed at reducing Moscow’s ability to resist the will of Washington.

Meanwhile, the Russian government (and, in the same way, the Ukrainian government) still allows a large number of US-funded non-governmental organizations to work. All these are Washington agents operating under the guise of human rights movements. Western media attacks on the Olympics in Sochi are part of a project to ridicule and demonize Putin and Russia. Washington is stating that Putin and Russia have no right to succeed in any field, be it diplomacy, sport, or human rights.

At the same time, the American media preserve the image of a free press that can be trusted. In truth, Roberts notes, there is no free press in America. The exceptions are Internet sites. In the aim of the current gentlemen of journalists - not the facts, but advertising revenue and access to government "sources."

According to Comrade Roberts, Washington is using the media to turn the American people into confrontation with Russia, as well as to exert such influence on the Russian and other peoples in the world so that they tune in with hostility towards Putin. Washington would prefer, the analyst notes, to see at the helm of Russia a weaker and more “flexible” leader than Putin.

According to the author, many Russians are gullible. Having experienced the Communist rule and then chaos from collapse, they naively believe that America is the best place to live and even a model for the whole world. Such idiotic faith, the author angrily remarks, is also evident in Western Ukraine. In fact, the US is destabilizing this country in preparation for its further "use." Same "weapon"US uses to destabilize Russia. Russia is under attack, and if the Russians do not understand this, then they will soon be destined to history.

As for Ukraine, it is nothing but a territory for the realization of the “ideal plan for the destabilization of Russia.” If the Ukrainian operation of Washington is crowned with success, then Russia will no longer be able to play the role of restraining the American world hegemony.

Roberts predicted that the United States would be busy with Ukraine in time for the Olympics in Sochi. This will catch Moscow "off guard." There is no doubt that Russia is faced with a major strategic threat, the analyst believes.

Roberts goes on to semi-fantastic scenarios.

Perhaps Russia could apply the American approach, he writes. If Russia has UAVs, then Russia could use them to destroy the leaders of the Ukrainian opposition, funded by Washington. Or Russia could send spetsnaz teams to eliminate agents working against Russia. Finally, if the EU continues to support the destabilization of Ukraine, Russia could cut off the supply of oil and gas to the “European puppet states” that Washington has puppet with.

And one more offer from Comrade Roberts.

The Russian army, he writes, could occupy Western Ukraine — at the very time when attempts are being made to divide Ukraine, the very country that “has been part of Russia for 200 years”.

According to Comrade Roberts, it is abundantly clear that the majority of people in Eastern Ukraine prefer Russia to the European Union. It is even possible that the zombie elements from the western half of the country are also able to understand that the US and the EU want to plunder Ukraine in the same way as it was done with Latvia and Greece.

If the Russians sit back, the situation will become critical, Roberts writes. In his terrible predictions, Roberts even comes to the possibility of a nuclear war between the United States and Russia ...

Meanwhile, neocon Victoria Nuland sits in his office at the State Department and happily selects members of the next Ukrainian government. This American official, says Roberts, does not pay attention to the danger that Washington’s intervention in the internal affairs of Ukraine and Russia could trigger a nuclear war. Carefree Americans do not have the slightest idea that a handful of neoconservative ideologues are pushing the world towards destruction.

At the end of his article, Roberts put a note in which he said that he had received a letter from Moldova. The letter says that in cities on the Moldovan-Ukrainian border, 30 pays euros per day to those who are ready to pretend to be Ukrainian protesters. Roberts turned to the readers in order to obtain confirmation of this information and find out its source.

We don’t know if anyone on the 30 border pays euros, but January 27 AiF Ukraine with reference to the "League" wrote that in Dnepropetrovsk, police detained for violation of public order 37 protesters near the local regional state administration. It was as if SMS messages were found on the mobile phones of the detained demonstrators with offers to get hryvnas for participation in the campaign from 600 to 800.

As for the financing of the notorious "euromaidan", then there is clearly a lot of money spinning.

“The assertion that the US government is funding the protests is nonsense. I have not seen any facts that would prove this, ”former US Ambassador to Ukraine Stephen Peifer recently said. His words brought V. B. ("Controversy").

However, the needs of the Maidan every day goes (by the most conservative estimates) 300 thousand hryvnia. This is what commandant Andrii Paruby said in January:

“Unfortunately, today the funds raised by the Maidan do not cover even a third of the needs. Every day, about 300 thousand hryvnia is spent on the needs of Maidan. There was a day when we collected only 40 thousands. ”

The controversy analyst estimated and counted that since December 1 only about food and livelihoods of maydanschikov was spent (only Parubiy) about 3 million dollars. But not only are his militants and entourage there, the author notes.

It should also be recalled that in January, a meeting on the Ukrainian theme was held in the US Senate Foreign Relations Committee. Such major State Department officials as V. Nuland and T. Melia spoke there.

Victoria Nuland, Deputy US Secretary of State for European and Eurasian Affairs, together with Deputy Head of the Bureau of Democracy, Human Rights and Labor of the State Department, Tom Melia, poured water on the democracy mill. You can read more about the speeches of State Department employees in The American Conservative, in an article by James Cardin, extremely dissatisfied with the White House, who worked as adviser to the presidential commission on bilateral Russian-American relations at the State Department in 2011-2012 (in Russian, the article was published in "InoSMI").

Here is what the disgruntled James Cardin, in particular, writes:

“According to Melia, since the collapse of the USSR in December 1991, the US spent - Melia used the term“ invested ”- about 5 billion dollars to help Ukraine, and 815 millions of them were directed directly to financing democracy and exchange programs. Moreover, since 2009, the Obama administration has sent 184 a million dollars to fund programs aimed at supporting civil society, human rights, good governance and strengthening the position of the dictatorship of the law in Ukraine. ”

And then comrade Cardin singled out Nuland and Melia five central theses, among which we will remind the readers of two main points:

1. In the conflict that unfolds on the Maidan, the national interests of the United States are at stake.

2. Without financial and moral support from the United States, the Ukrainian opposition will probably not succeed.

That's where you have to dig Comrade Roberts. Moldova is far from him, and the Senate is at hand.