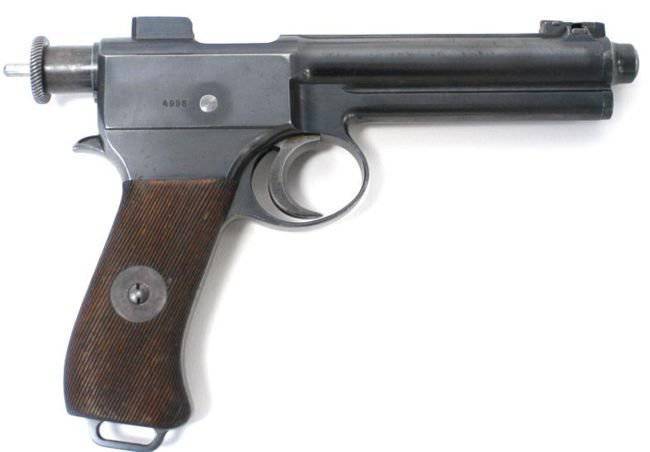 At the end of the 19th and the beginning of the 20th century, work on the creation and improvement of automatic pistols working on the energy of powder gases was particularly active in the territory of Austria-Hungary. The names of the inventors-gunsmiths Kromar, Dormus, Schoenberger, Krnka, Mannicher were then widely known, and their carriers were trendsetters in this field. The first automatic pistols were cumbersome and clumsy, because they traditionally had their stores in front of the trigger or over the trigger, like revolvers. 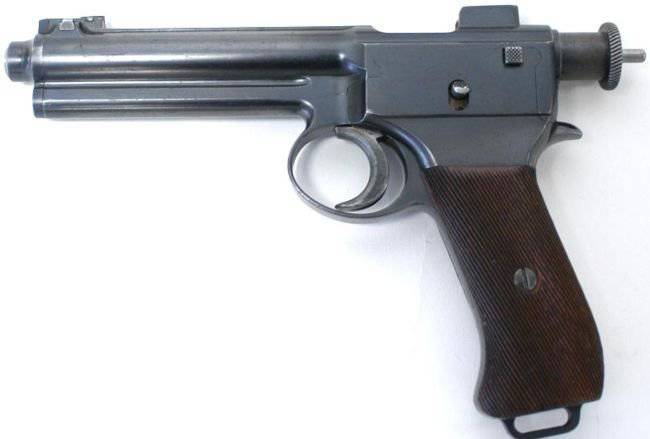 The most successful model of an automatic pistol with a magazine placed in the handle was the Rota-Steyr pistol of the 1907 model of the year (Roth-Steyr M1907). The model received the name on behalf of the gunsmith manufacturer Georg Roth and the name of the city in which the pistol was launched. Georg Roth owned ammunition factories, so the licenses for the production of pistols, created jointly with the inventor Karel Krnka (for this reason, the pistol is sometimes called the Rot-Krnka), had to be sold to other breeders. 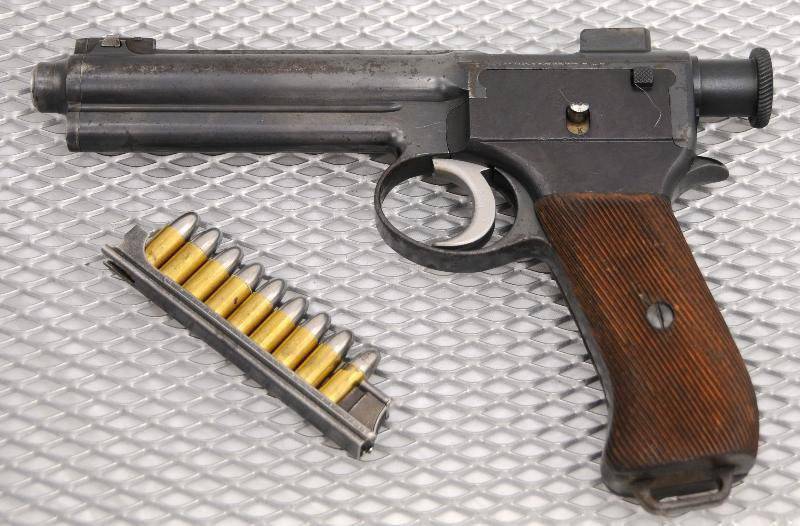 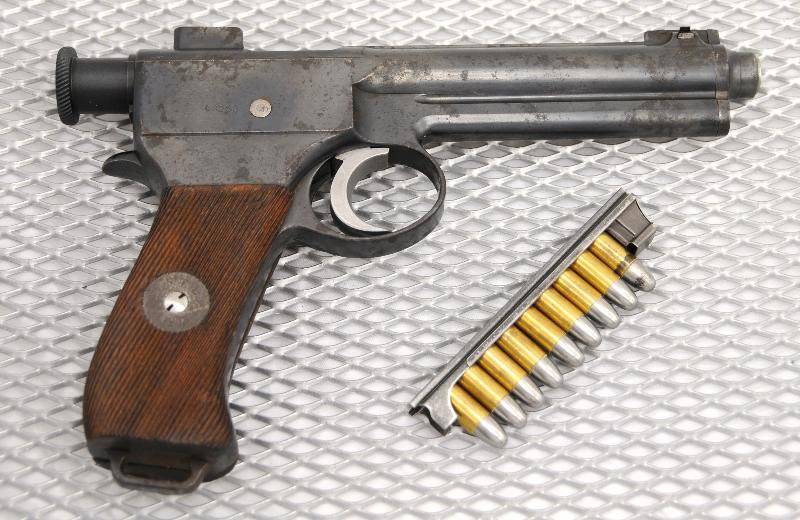 Work on the gun was started around 1902, in the 1907, the Rota-Steyr pistol (Repetierpistole M.7 - the self-loading pistol model 7 of the year) successfully passed the tests and was put into service with the Austro-Hungarian cavalry. 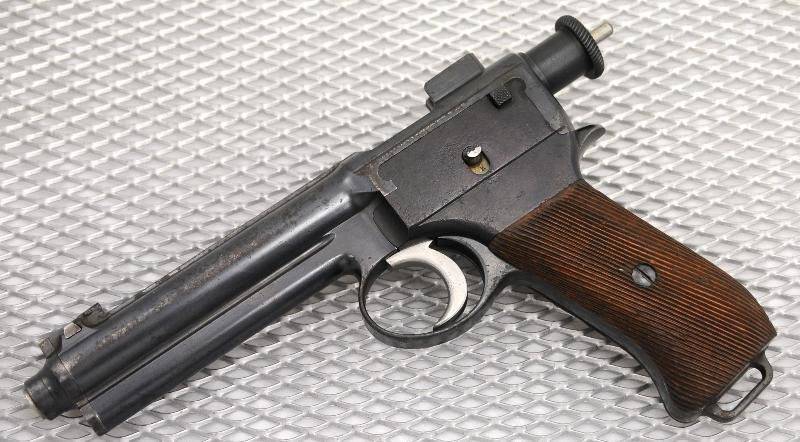 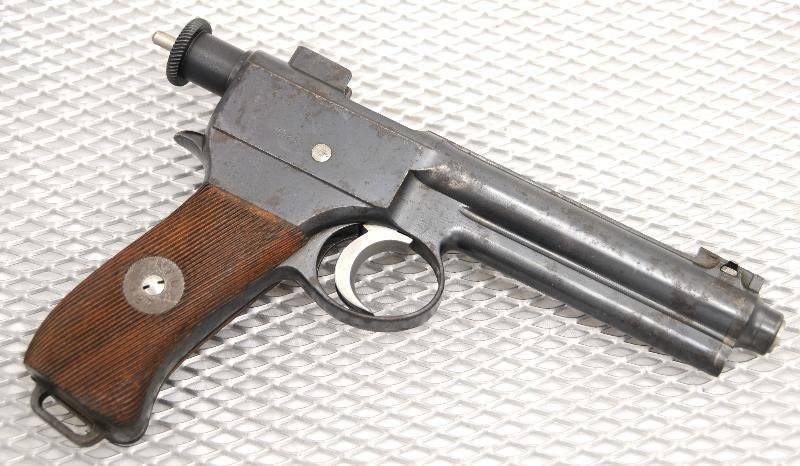 The Mouth-Steyr gun of the 1907 model of the year (Roth-Steyr M1907) belongs to the class of automatic weapons, which automatic recharge is made due to the short stroke of the barrel during recoil. During the rollback and rotation of the barrel around its axis, the barrel is locked and unlocked. 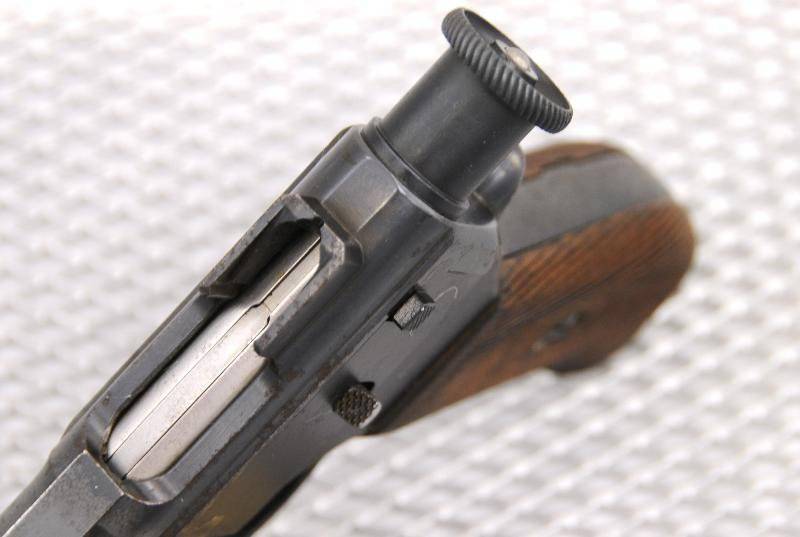 A spent cartridge case is thrown out and another cartridge is sent to the chamber. The fixed part of the gun consists of three main parts: the frame, the barrel coupling and the detachable left side (wall). 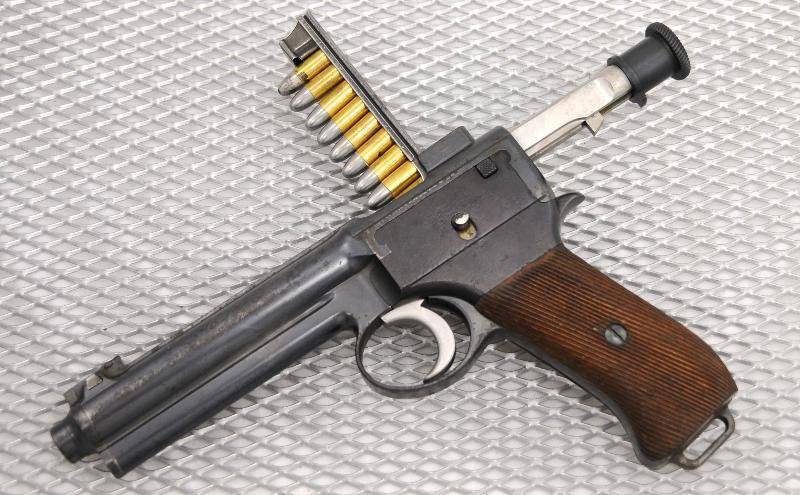 In the pistol grip, formed by the lower part of the frame itself, the left detachable part and two cheeks, a magazine is placed on 10 cartridges. 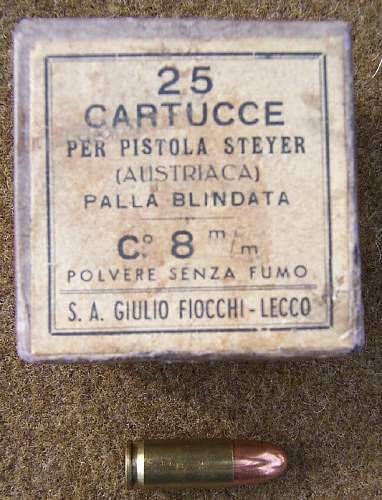 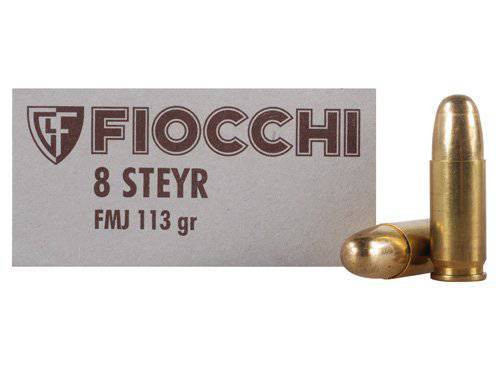 (A unique flangeless cartridge of the caliber 8mm was used, capable of giving the bullet an initial speed of 332 m / s). 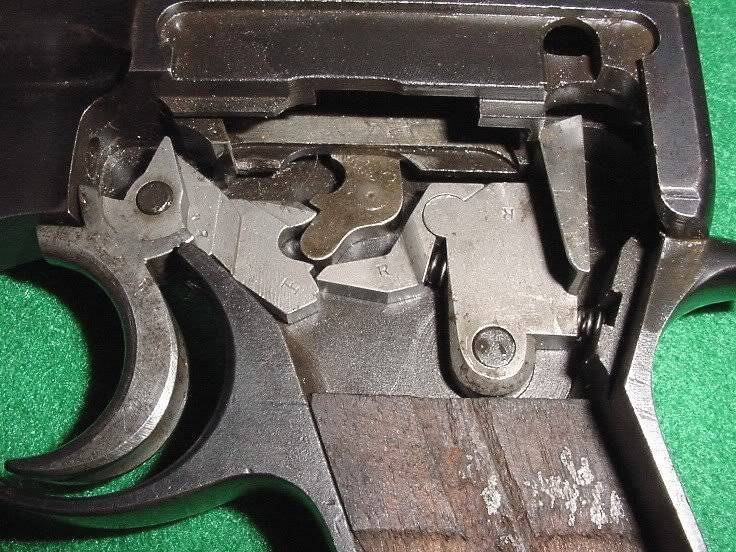 Here are the details of the trigger mechanism. The left detachable wall is attached to the frame with the help of two hooks that enter the sockets in the rear wall of the handle. The stopper is the trigger button spring. In the through channel of the upper part of the frame is placed the barrel and the bolt mechanism with a return spring, which are the moving parts of the gun. 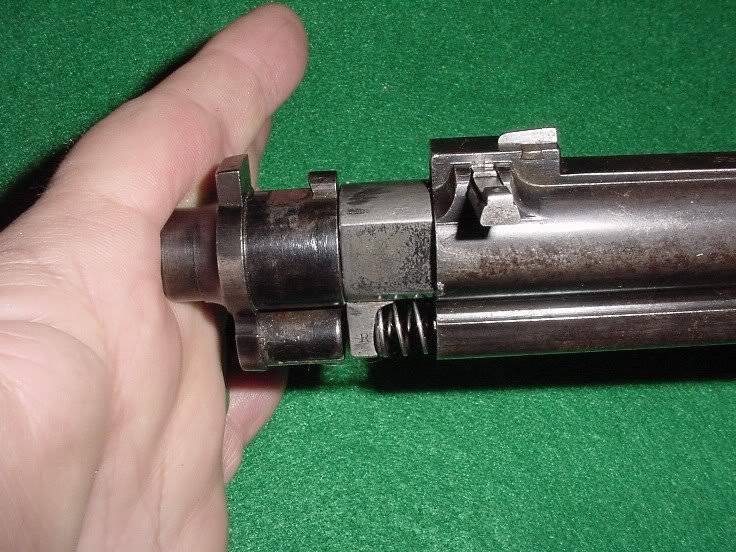 In front of the frame of the pistol is a clutch consisting of two cylinders, connected into one unit with a belt. The larger (upper) cylinder is a continuation of the barrel, the lower (smaller) closes the hole for the return spring. 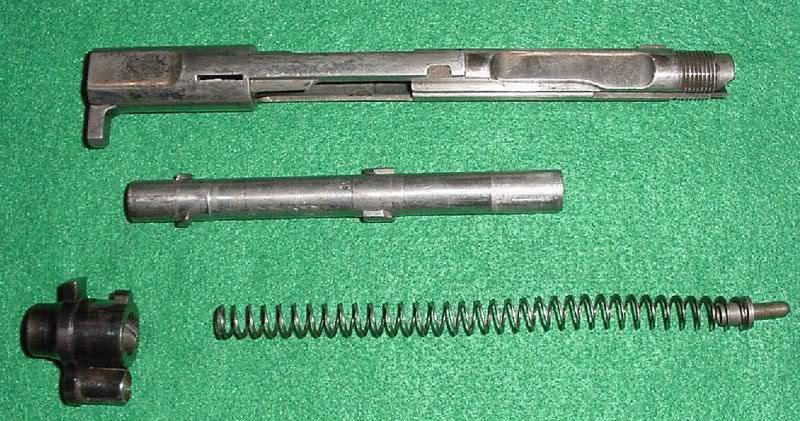 The Roth-Steyr pistol has a regular cylindrical shape and has four grooves inside, which are directed from left to right to impart rotation to the bullet, which contributes to the sustainability of its trajectory in flight.

The barrel rotates in the casing due to two rhomboidal protrusions on the front neck, as well as two symmetrical war lugs on the neck in the middle part. These protrusions are screw-shaped with beveled edges. The back neck is smooth. A feature of the design is the device of the bolt, which is a little shorter than the receiver itself at the pistol. Clutching the trunk with the front from all sides, engaging with it with the help of grooves and protrusions, the shutter under the impact of recoil attracted the trunk and rolled back with it approximately on 12 mm. At the same time, the barrel turned on 90 degrees around its axis and stopped, leaving the engagement. The shutter, continuing to move back, removed the cartridge case. Another cartridge from the magazine in the handle through the opened slot was fed into the bolt and with the stroke of the bolt forward under the action of the return spring was sent to the chamber. The barrel again turned and grappled with the bolt, leaving the frontmost position. The length of the gun 233 mm, barrel length 131 mm, all without cartridges 1030 gr.

Characteristic differences of the Roth-Steyr pistol of the 1907 model of the year (Roth-Steyr M1907) from the models of automatic weapons of those years were the presence of a permanent magazine, a short trunk departure with 90 degrees around the axis and equipment with a semi-self-actuating trigger mechanism. Its peculiarity consisted in the following: when the shooter pulled the trigger, the drummer moved back, even more compressing the mainspring; holding him for a while, after which the drummer whispered, and the shot was fired with some delay. This prevented the possibility of an involuntary shot from accidentally touching the trigger, which the trooper was not insured against (these requirements to the trigger were laid when ordering weapons by the military). 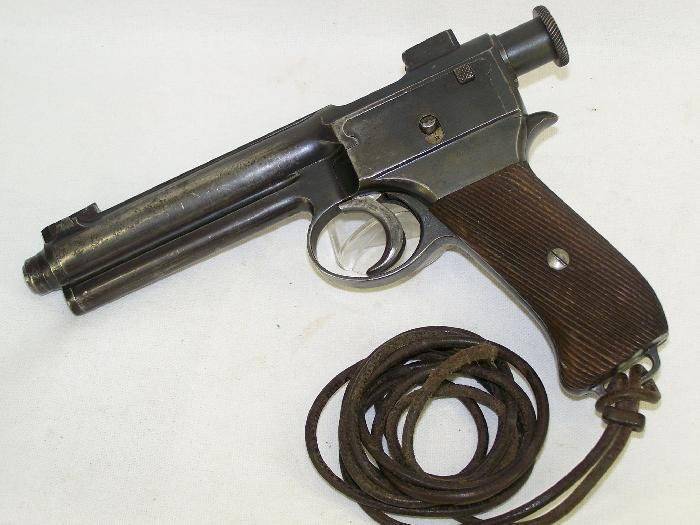 Like any other weapon intended for the army, the Roth-Stein pistols of the 1907 model were supplied with pistol straps and holsters. 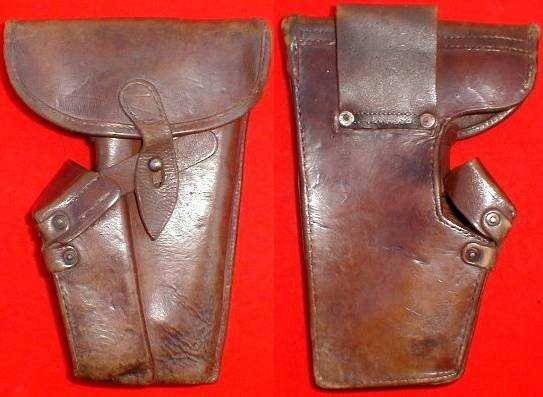