"Among the Islamists there are Mensheviks and Bolsheviks." 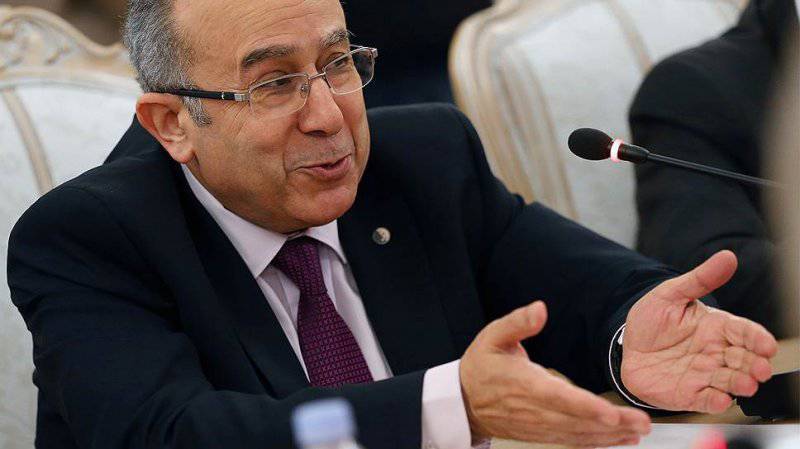 The Minister of Foreign Affairs of Algeria RAMTAN LAMAMRA visited Moscow. In an interview with the Kommersant correspondent of MARIA, YEFIMOVA, the head of the foreign ministry of the country that avoided revolutionary upheavals spoke about the role of political Islam in the Arab world, the prospects for a Syrian settlement, and a new system of regional security.

- What was it possible to agree with your colleague Sergey Lavrov during the visit?

- We have prepared the ground for the meeting of the intergovernmental commission, which will be held soon in Moscow. At the expert level, agreements are being prepared in the field of the use of the peaceful atom, space research, and the participation of Russian construction companies in the development of the Algerian market. The Joint Commission for the PTS held a meeting the other day - we are pleased with the way the cooperation is going. We also touched upon regional problems: security in the Sahel region, the situation in Mali and Syrian settlement.

- Has Algeria’s position on the Syrian issue changed?

- Not. As a member of the Arab League, we insist on a political settlement and non-interference in internal affairs. "Geneva-2" is a very big achievement, here we have one position with Russia. We see the threat of terrorism emanating from Syria for the entire region, since terrorism knows no national boundaries.

- Last year, the Maghreb countries created a new collective security system. How does she work?

- The states of our region have vast desert territories where drug trafficking and trade flourish. weapons and terrorism. The new collective security system already includes eleven countries: in addition to Mali and the countries bordering on Mali - Senegal, Mauritania, Algeria, Niger, Burkina Faso, Guinea and Côte d'Ivoire - Libya, Chad and Nigeria are also included there, because Nigerian the Boko Haram group had training camps in Mali. We regularly hold meetings at the level of foreign ministers and intelligence leaders of these countries, and we are also in constant contact with the members of the UN Security Council, including Russia, and the international mission in Mali.

- Are we talking only about intelligence sharing or joint operations, too?

- So far, only the exchange of information. Each country tries to ensure its own security by coordinating efforts with its neighbors. Now in the framework of the new security system, we are trying to organize joint patrols.

- How do you assess the consequences of the "Arab spring"? Some countries, such as Egypt, seem to have already revised their revolutionary legacy.

- AT stories It has already happened that a military coup, as in Egypt in 1952, turned out to be a real popular phenomenon and became an example for revolutionary liberation movements throughout the Arab world. I would not evaluate what happened in Egypt as a counter-revolution. The so-called Arab Spring had social and economic reasons. The people simply punished the rulers.

- And what are the prospects of political Islam today, under the banner of which there were coups in the countries of the Middle East?

- Islamism today has become a political reality throughout the Arab world. Islamists have their own Mensheviks and Bolsheviks. Moderate leaders talk about democratic elections and social justice, radicals say that it is necessary to continue the work of the Islamic revolution. In general, the ideal of political Islam is the establishment of Islamic democracy like the Christian democracy in Europe. In the teachings of the Prophet Mohammed there are grounds for establishing a Western-style democracy, the idea of ​​the need for consultation with the authorities and personal responsibility to the people. Four righteous caliphs ruled democratically, and dictatorships in the Arab world appeared much later.