Balkans: the second phase of the political map redrawing 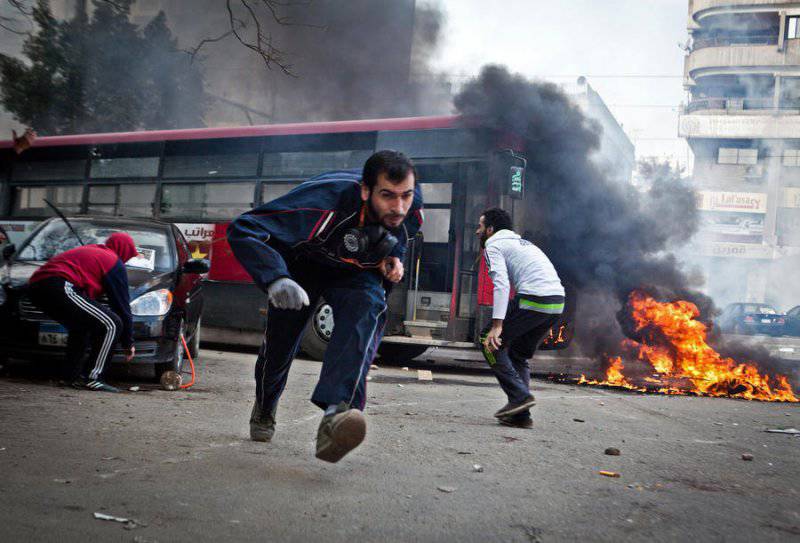 The first phase of Western intervention in the Balkans is the beginning of the 1990s, when a mechanism was established for externally controlled disintegration of the SFRY with the formation in the post-Yugoslav space of six state and one quasi-state education ("Republic of Kosovo"). Peace treaties (Dayton, Kumanovsky, Ohrid) recorded, in fact, a system of protectorates of varying degrees of subordination, but this was not the end. Today, in addition to Syria and Ukraine, the West again sets fire to the Balkans. The second phase of the redrawing of the map of the south of the Balkan Peninsula begins. Bosnia and Herzegovina and Montenegro have become pivot points in the new geopolitical game.

One of the first alarming signals was a statement by the US ambassador to Serbia in March 2013, when he said that “Washington does not want to create a new Republika Srpska in Kosovo, since this model did not do any good in Bosnia and Herzegovina”. The question arises: if the “Daytonian” Bosnia and Herzegovina is a model created by the international community, then why is it becoming the object of a new pseudo-people's revolution? The answer is obvious: this model is characterized by a pronounced disproportion: while the Croatian-Muslim Federation of BiH (FIBH) is economically unviable and depends on foreign subsidies, the position of the Republika Srpska is quite stable. And most importantly, the Republika Srpska possesses all the attributes of statehood, and its powers are much more than those of the FBIG: the parliament, the government, the constitutional court, the organs of justice and local self-government function. To attack the rights of the Republika Srpska, a High Representative mechanism was created, whose powers are vaguely worded (“The High Representative is the one who interprets the Dayton Agreement and assists the parties in applying its provisions”). First High Representative Paddy Ashdown recalls: “I arrived in Bosnia and Herzegovina to destroy the Dayton Agreement. I had at my disposal 870 employees of the High Representative’s office, the Office of the High Representative and 36 million euros monthly. The European Union helped me in this. When it was necessary to break the resistance of the Serbs, then I wrote to my friend Chris Patten (1) a letter in which I asked to say that this is a European requirement, that it requires the EU ... So I broke the Serbs and the Republika Srpska (highlighted by me. - A.F. .) ". Now, as we see, attempts are being made to finish the work begun by Paddy Ashdown.

Currently, one after another, parts of the Serbian living space are cut off: the withdrawal of Montenegro from the state alliance with Serbia and the withdrawal of Montenegro into NATO; the liquidation of Serbian state institutions on the territory of Kosovo and Metohija and the formation of the "Republic of Kosovo"; strengthening Muslims on the territory of the Rash region, including their demands for the Sandzak autonomy, as well as plans for the unification of Albanians from the south of central Serbia with the “Republic of Kosovo”; efforts to create the "Republic of Vojvodina"; the incessant attack on the rights of the Republika Srpska.

The new front against Republika Srpska was opened by the former chief mufti of BiH, Mustafa Ceric, who from the rostrum of the World Bosnia Congress urged his fellow tribesmen to provoke riots and insubordination to the state bodies of the Republika Srpska. The object against which the work of the NGO network headed by the World Bosniak Congress is directed is the Republika Srpska. Serbian military-political analyst G. Popovich writes that the Republika Srpska is the main obstacle to the creation of an Islamic state in Europe. The leaders of the Bosnian World Congress Mustafa Ceric and Sadjak Mufti Muamer Zukorlich 15 February formed a single crisis headquarters, which should be considered as a mobilization of Muslim forces of Bosnia and Herzegovina, as well as part of Serbia - Rash region (Sandzak).

The increased activity of the most radical Wahhabi movement in the territory of Bosnia and Herzegovina, especially in the regions adjacent to the Republika Srpska, dates back to 2011, when Egyptian Sheikh Imad al-Misri returned to BiH (Eslam Durmo ). The unit “El Mujahiddin” during local wars in the territory of BiH at the end of the twentieth century. numbered 4,5 th. fighters, distinguished themselves the most brutal massacres of the Serbs. Al-Misri arrived in Bosnia and Herzegovina from Saudi Arabia in the early 90s. and stayed here until 1997, then he left for Egypt, where in 2001 he was sentenced to 10 years in prison for terrorism, but during protests against President Mubarak, the president’s opponents ensured his release.

Dzhevad Galishevich, a member of the expert council of South-Eastern Europe on combating terrorism and organized crime, indicates that, al-Misri, despite the fact that the UN Security Council included his name on the list of terrorists, it was possible immediately after returning to BiH to launch mass agitation among the Muslim population. The radical current that Al-Misri represents gradually comes to the fore among Islamic movements in Bosnia and Herzegovina. In addition, more than 100 affiliates of the Ibrahim Milat grouping, banned in Germany in 2012, operate in BiH, as well as six Salafi organizations banned by the UN Security Council’s Counter-Terrorism Committee. The activities of the latter include Sarajevo, Zenica, Travnik, Tuzla, Bihac and Mostar (which fully coincides with the card of “social protests.” - AF). The six Salafi organizations, indicates D. Galishevich, in fact, are the remnants of the units of “El Mujahdin” and the Seventh Muslim Brigade from Zenica.

D. Galishević emphasizes that radical Islamists have embarked on destabilizing the situation in BiH in several directions: putting pressure on the Republika Srpska to change the Constitution of BiH, fomenting the atmosphere of fear and tension in society with the prospect of taking control of the socio-political scene and, finally , the reconstruction of the terrorist network into a political structure with its subsequent legalization throughout the entire territory of BiH.

At the same time, the destabilization of Montenegro began. In February, mass protests were organized in Podgorica 15, during which demonstrators clashed with the police, while reinforcement was caused - special police. The demonstrators immediately, on a Bosnian pattern, moved from the field of social protest to the political sphere, putting forward demands for a change of government. Despite the fact that the protesters were only about 200 people, their performance was so aggressive that the police used tear gas to disperse them. The organizer of the protests was the Facebook group “The Revolution in Montenegro - all out on the street”, which was also announced by the organization Udar (an analogue of the Bosnian “Udar”). The next step of this movement should be the blockade of roads in Podgorica.

The Austrian foreign minister, S.Kurtz, said that “the EU’s patience towards Bosnia was over” and demanded that politicians in Sarajevo and Banja Luka urgently reform the justice system and change the constitution of BiH. A connection to the settlement of an artificially created crisis of the European Union, which with its support of “professional protesters” will bring the matter to the internationalization of the conflict, is conceived. A member of the BiH Presidium, Bakir Izetbegovic, has already called on Turkey to assist in resolving the crisis in Bosnia and Herzegovina. Given that Bosnia and Herzegovina has huge reserves weapons and ammunition (according to the estimates of the Ministry of Defense of BiH, approximately 20 thousand tons), we should expect large-scale armed provocations.

The development of a further attack on the Republika Srpska within Bosnia and Herzegovina is inevitable. The goal of this offensive, which the West and the Islamic movements are leading together, is to further disintegrate the Serbian world, to reduce the number of Serbs and their assimilation in the foreign communities ...