What will we biathlon?

February 19 2014
44
Biathlon, biathlon ... and what are our fighters going to win? This question concerns most of both armored vehicles lovers and specialists, literally right after the announcement of a new championship. The intrigue was fooled by the Minister of Defense himself, who gave the industry command in the shortest possible time to issue some kind of "new" car. So the people went to break their heads over what Sergey Kozhugetovich meant by the “new” machine. It is obvious that the old men used in previous speeches T-72B are no longer kanat. “Armaty” has to wait for a very long time (by the way, all the statements of Messrs. Ragozin, Khalitov and other gen erals about some kind of “preliminary” tests of this pepelats are a complete lie. There is still no complete vehicle that could be presented to military representatives) . The best option, in my opinion, would be the T-90MS (SM, MA, AM - whatever you want to call it) - a modernized machine with OCD "Breakthrough-2" events. However, the trick here again is that no state tests on this topic were carried out, and without them the car in our army is illegal. The problem could be solved by the urgent organization of these very GUs, but ... there was nothing to be tested for. The first prototype is disassembled. This is what we all saw in 2009-2011. Earlier, I wrote that on its basis made the layout "Armata".


Sorry, I’ve made a mistake - bad people misled. It turned out that in fact he was turned into a BMPT-72. The second prototype is constantly disappearing at various exhibitions, not complete and thoroughly ushatana. If you look at the latest press and the Internet, then you can read a lot of different proposals on the topic of possible candidates for "biathlon". But ... I am extremely interested in why our serial T-90A is always missing from them? You would think that an illiterate audience simply stipulates this beautiful car, if again not one BUT ... T-90A was planned to participate in last year's competitions. The network has photos of these cars, painted in the colors of participating teams. But these Tanks at the biathlon did not even appear in the show program. Why? Is it because our military knows more about them than we can say? 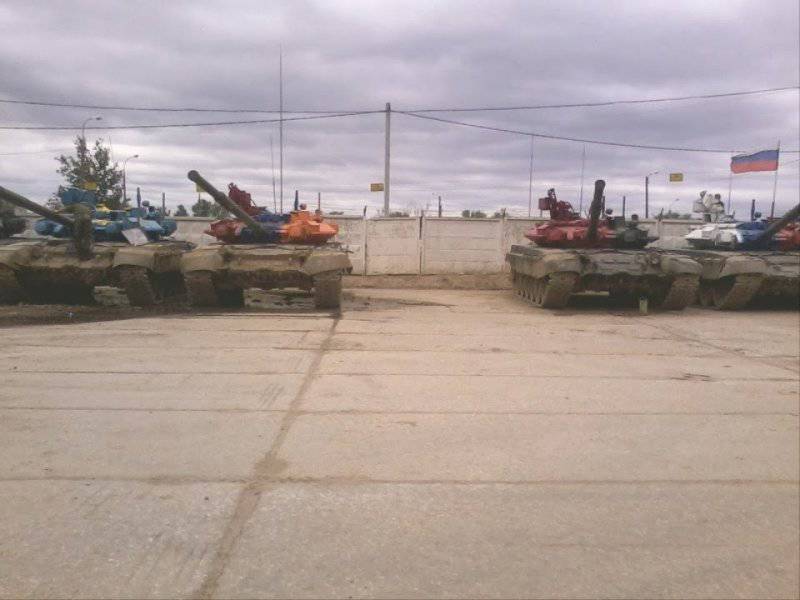 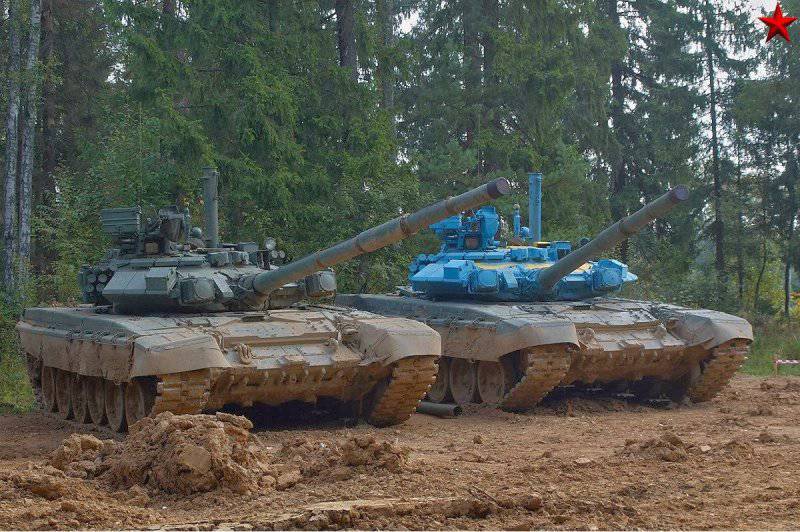 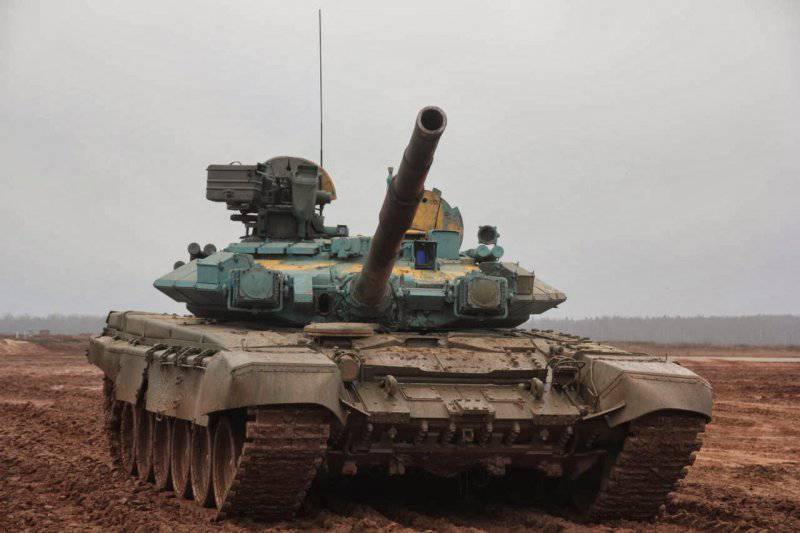 Did the 30-year-old T-72B be considered better and more reliable ??? Everything turns out that way ... So what are we going to exhibit? Then I give absolutely unverified information based solely on rumors that passed through the “subchannels”, but nonetheless I paid attention to them.
The first hearing. UKBTM and "Tagil platform" "Uralvagonzavod" received an urgent task to roll out a small series of upgraded, specially prepared for the competition of the type T-72. This is the so-called T-72B4. Modernization option in which the best practices are used on the Kalina LMS and the Proryv-2 ROC as a whole. The main difference from the T-72B3 is the commanding panorama. However, this machine also does not exist yet and it has not been tested. 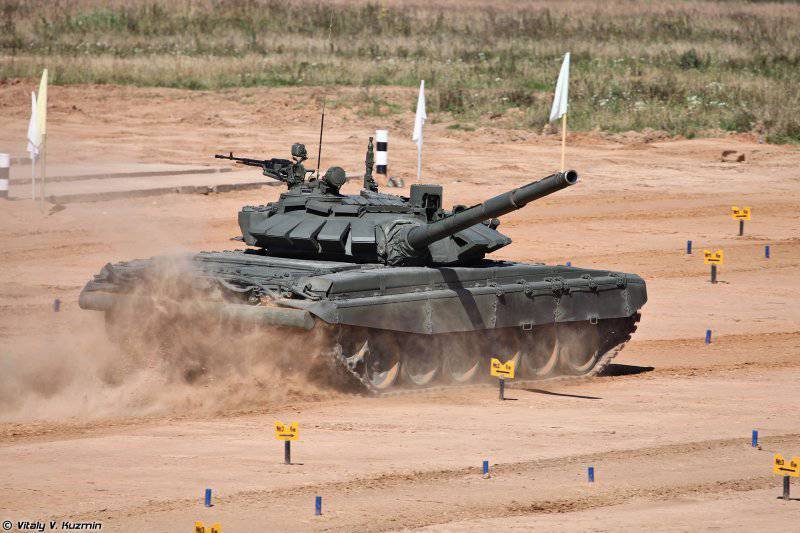 T-72B3 at the window in honor of the past biathlon 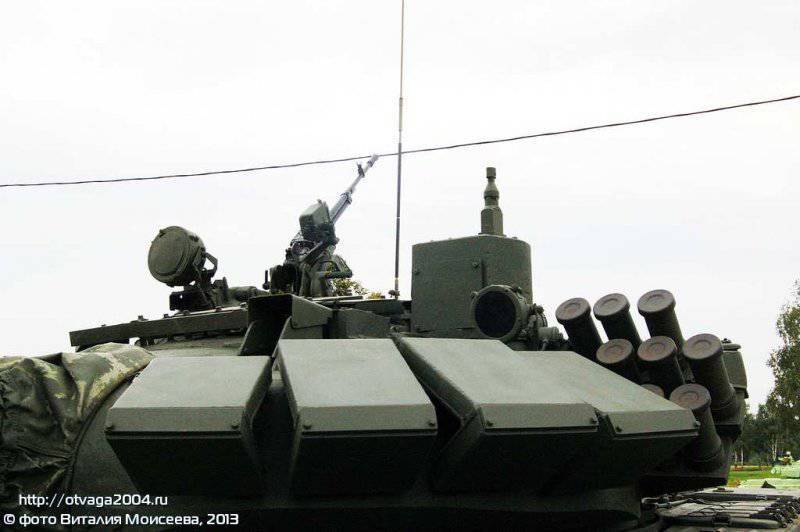 The turret of the T-72B3 tank, on which the main feature of the modernization is clearly visible - the Sosna-U sight
The name "T-72B4" is only reserved for it and will be officially assigned after the GI, which is supposed to be held in 2014 in the summer and autumn. But here, there is one "legal stumbling block" - T-72B4 can be issued on a temporary CD, calling, for example, as T-72B3М. In this case, we will conditionally consider that the modernization of the B3 is being implemented with a number of “side events”, according to the customer’s TK. So T-72B4 - T-72B3M is the first challenger. 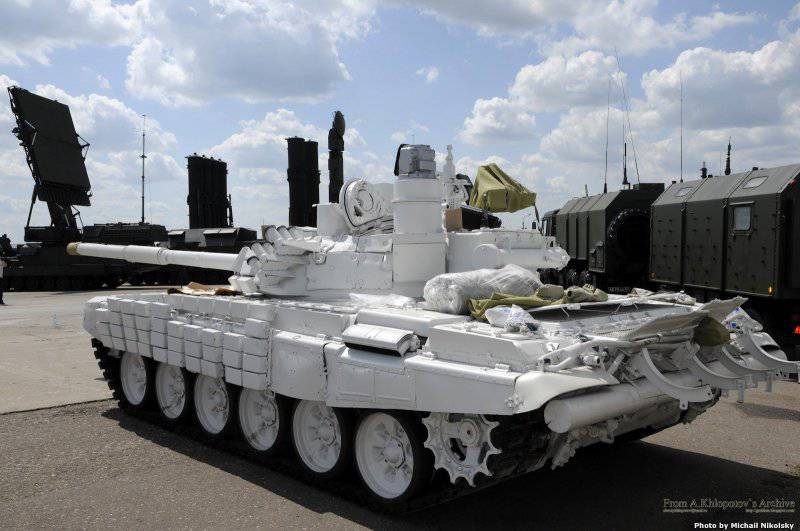 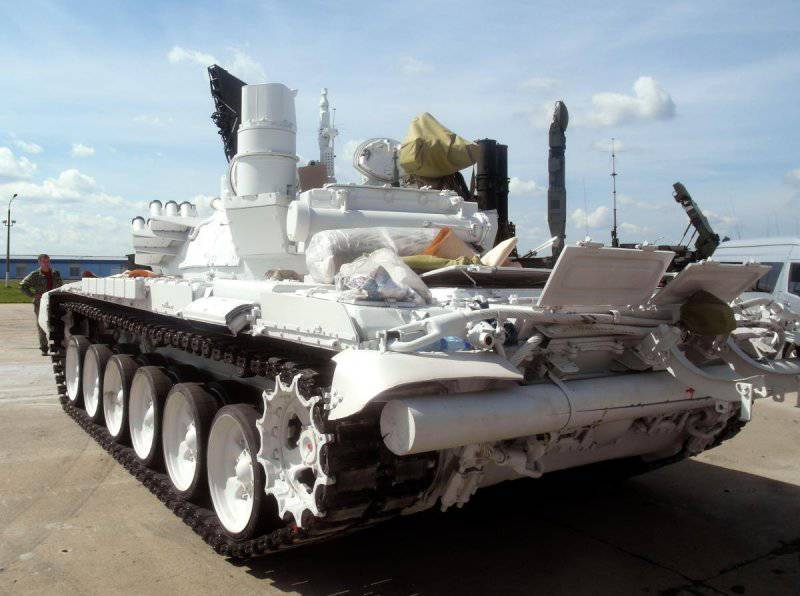 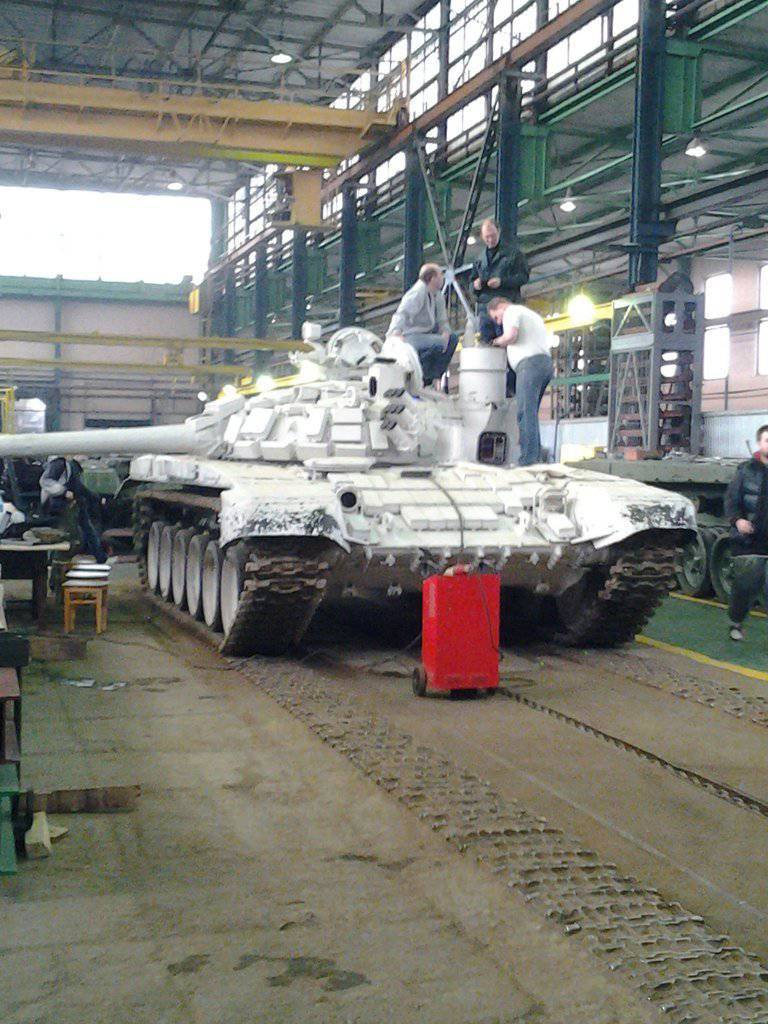 The second hearing. Allegedly, from Kantemirovka, 6 T-80UE-1 tanks with a Plissa sight were sent back to the Omsk site of the Uralvagonzavod. These machines were modernized more recently through the joint efforts of KBTM and 61-BTRZ. 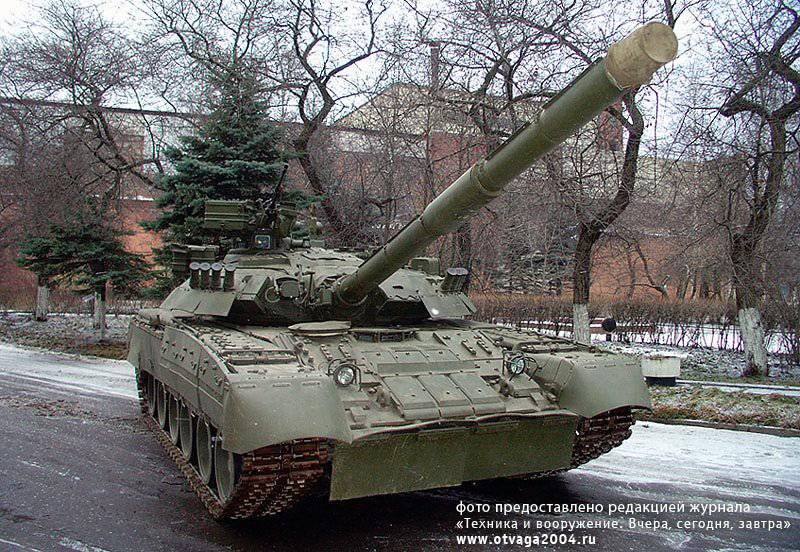 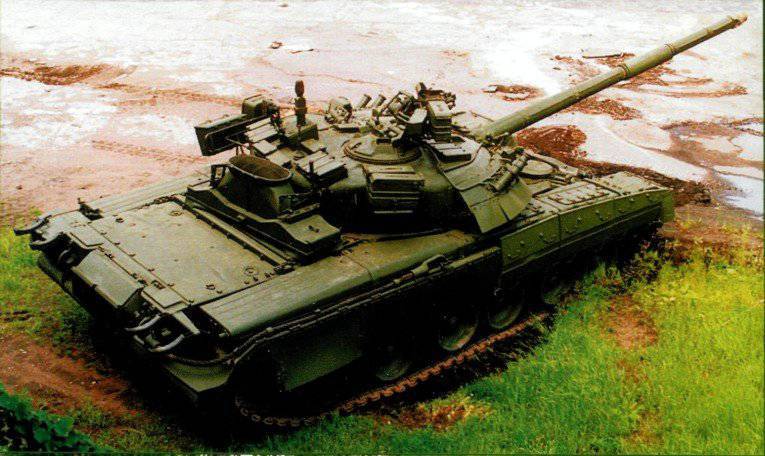 Now they in Omsk should be in some special way prepared for biathlon. Some of the people with wide stripes, and then in the media, quite seriously believe that T-80U (UE) is really better than T-90A and T-72B3. However, we leave this assertion on their conscience.
I admit that our valiant military for safety purposes go these two ways at once. And nafuya? Yes, simply because we finished playing in the tanks ... and were left without them.