In Kubinka put on the course of the tank T-35A

February 18 2014
152
At the Central Museum of Armored Arms and Equipment of the Ministry of Defense of Russia in the Kubinka Region, Moscow Region, a group of enthusiasts and employees of the museum’s stock department completed the first phase of restoring the only surviving copy of the pre-war Soviet heavy five-turret to running condition tank T-35A. On February 12, 2014, the tank under its own power for the first time moved from the pavilion of the museum’s heavy equipment to the nearby workshop of the 38th Research and Testing Institute of Armored Equipment of the Ministry of Defense of Russia for further restoration.


A total of two prototypes (T-1932-1939 and T-35-1) and 35 serial tank T-2А were built in the USSR at the Kharkov Comintern Locomotive Plant in 61-35 years. The only remaining T-35A machine that has been restored and has a serial number 0197-7 and was manufactured in 1938. Before the war, it was used as a training school in the Kazan Tank School, in 1940's it entered the Kubinka testing ground, and in 1951 it was transferred to the Museum. After the restoration, the T-35A will appear before visitors in full running condition and the opportunity to evaluate the powerful and unusual car in its original form. 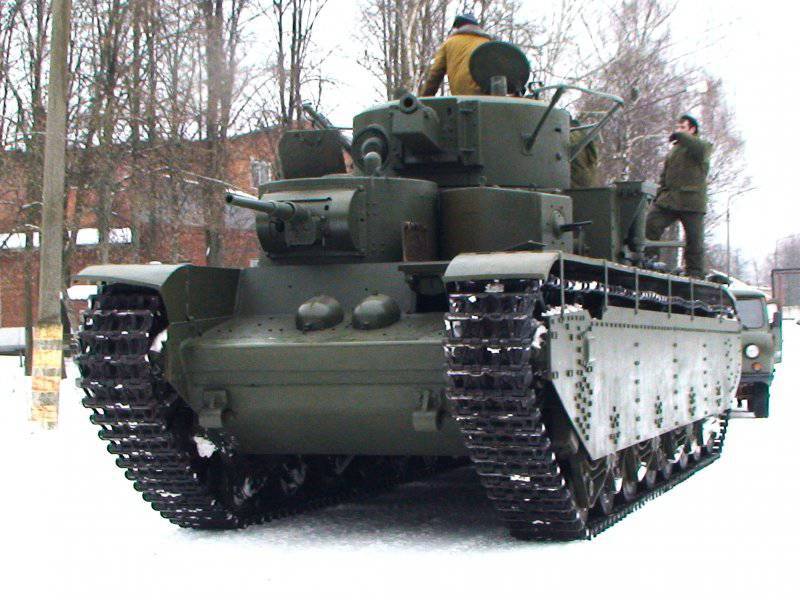 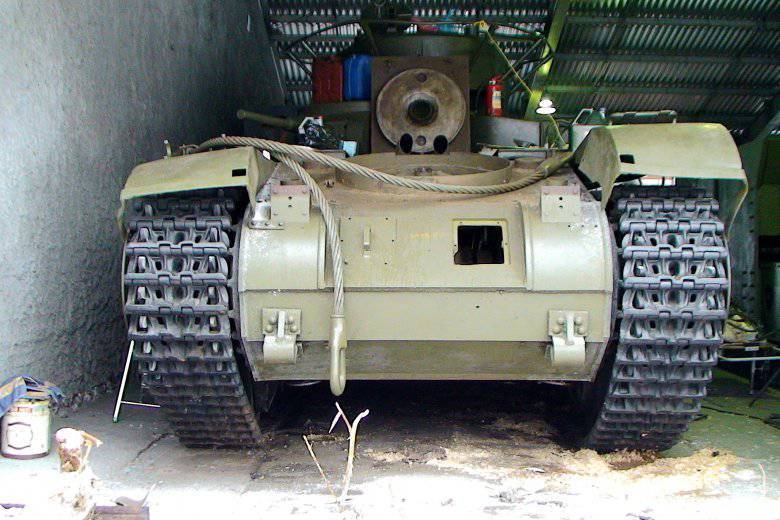 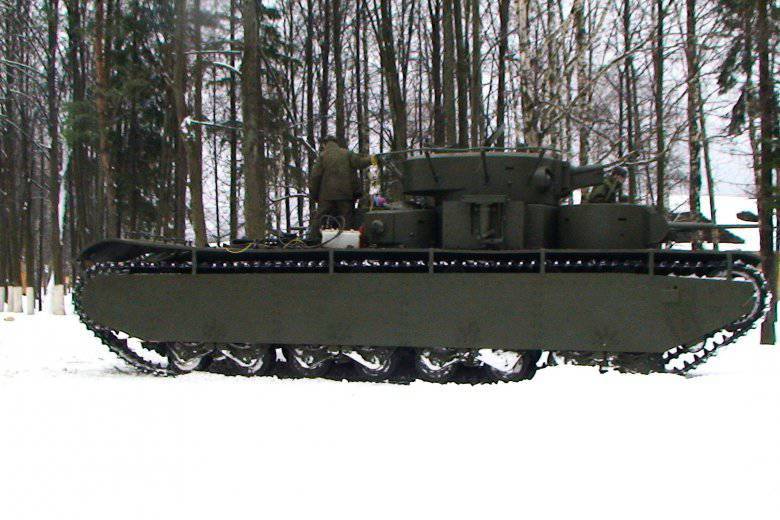 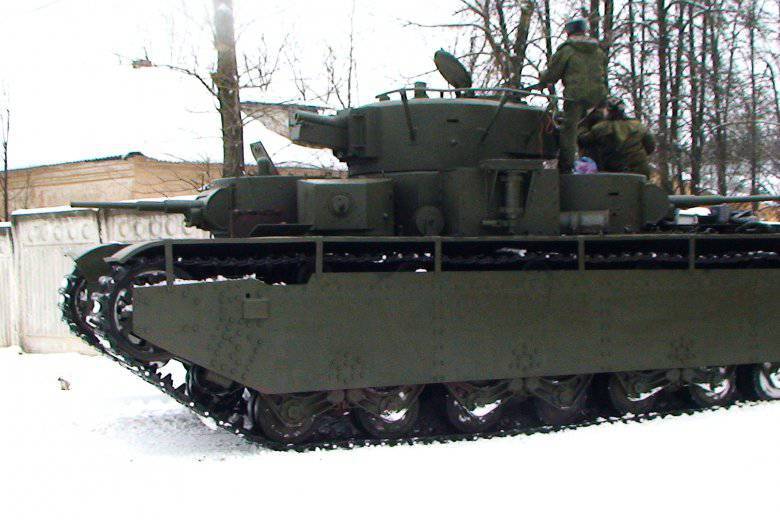 Ctrl Enter
Noticed oshЫbku Highlight text and press. Ctrl + Enter
We are
Wargaming will be the exclusive strategic partner of the armored museum in KubinkaThe first results of the work of the Russian industry in the field of civil aviation in 2012
Military Reviewin Yandex News
Military Reviewin Google News
152 comments
Information
Dear reader, to leave comments on the publication, you must sign in.