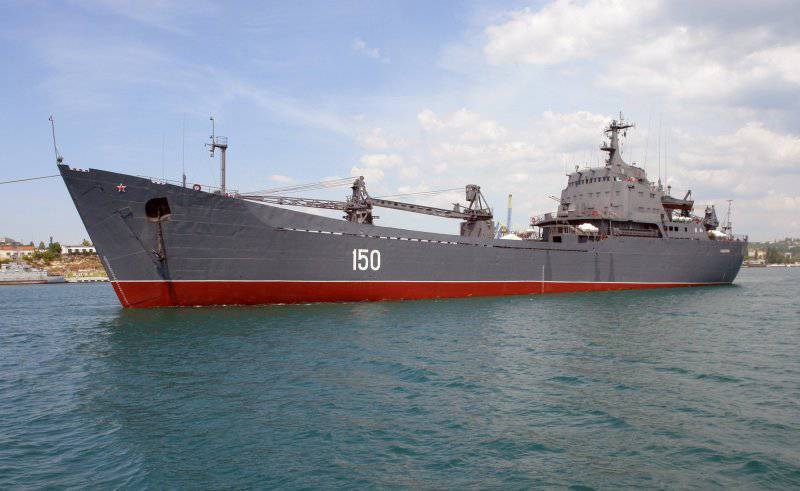 Large landing ship (BDK) "Saratov" - one of the oldest ships of the Black Sea fleet - after a repair that lasted almost a year, he again became a part of the constant readiness forces, said Captain First Rank Vyacheslav Trukhachev, chief of the press service of the Black Sea Fleet.


"In Sevastopol, completed a ten-month repair BDK" Saratov ". One of the oldest ships of the compound, which is the first in a series of 14 units of the 1171 project, became part of the forces of constant readiness. The ship has already conducted a checkout at sea and has successfully passed pre-departure checks, ”he said, according to ITAR-TASS.

It is expected that in the near future, as part of the rotation of forces, the BDK "Saratov" will become part of the permanent naval compound of the Russian Navy in the Mediterranean Sea.

Ctrl Enter
Noticed oshЫbku Highlight text and press. Ctrl + Enter
We are
The future of the 11711 BDK is defined.Azerbaijan hosted a military parade
Military Reviewin Yandex News
Military Reviewin Google News
15 comments
Information
Dear reader, to leave comments on the publication, you must sign in.