"Iron Man Costume" will be tested in June

February 18 2014
63
The first prototypes of the new TALOS American combat equipment will be ready in the summer of 2014. The fact that their tests will begin in June this year, told reporters, William McRaven, Admiral of the US Navy. TALOS - Tactical Assault Light Operator Suit - has already been nicknamed the “Iron Man Costume,” in honor of the popular Marvel graphic hero in the US. The purpose of the development of this set of equipment is to increase the effectiveness of each individual soldier in a combat situation. It is planned to ensure this through two components - an exoskeleton, which provides the fighter with better protection and increases his power characteristics, and an electronic system built into the suit.


The concept of the new TALOS suit was first presented at the conference, which was held in May 2013. Represented the outfit Admiral William McRaven, who holds the post of commander of special operations forces. The idea of ​​creating intelligent protective armor for military personnel was prompted by the death of one of the American soldiers in Afghanistan. According to the admiral, one American soldier was killed by Taliban militants while entering the house, trying to free the hostage.

According to Admiral Mac Raven, 16 state agencies, 13 universities, 10 national laboratories, and also 56 industrial corporations are involved in creating the prototype TALOS. According to him, the development of this suit will be able to significantly increase not only the survival rate, but also the fighting qualities of American soldiers. It is reported that the TALOS suit will include an exoskeleton, a helmet equipped with a display, and smart armor. In this case, the suit will be able to monitor the vital signs of the serviceman, and even provide him with first aid for bleeding. 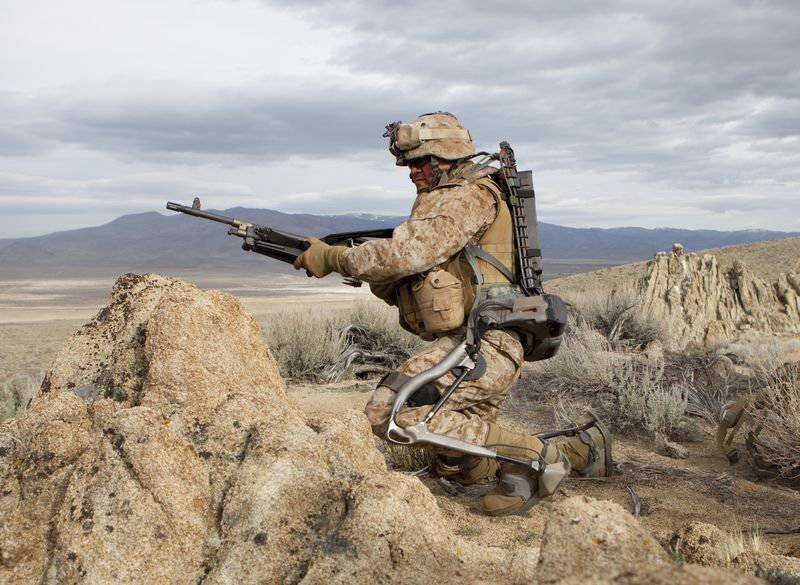 In June, only the 2014 prototype of this costume will be ready for 3, the equipment itself will be accepted by the US Army only in the 2018 year (estimated period). Admiral McRaven stresses that at the present time it is only a matter of testing the exoskeleton from the TALOS costume. An exoskeleton is a device, the main purpose of which is to increase the strength of an ordinary person through the use of an external frame.

The overall design of the costume remains a mystery. But now we can say that its foundation will be the exoskeleton, which will create an additional level of strength and mass. According to Gareth McKinley, a professor at the Massachusetts Institute of Technology, the exoskeleton looks like the one in which actress Sigourney Weaver moved in the famous science fiction film “Alien”. At the same time, representatives of the US Army command of the US army note that the use of an exoskeleton will make it possible to endow the fighters with superhuman strength. The exoskeleton will help strengthen any movement of a fighter, including his overall mobility and speed.

It is assumed that the exoskeleton of the TALOS suit will allow the soldier to run over rough terrain and even make jumps, carrying on himself no less than 45 kg of various equipment. Outside, the exoskeleton is planned to be covered with durable protective plates that will reliably protect the fighter from shrapnel and bullets in a combat situation. There was also information that the climate control system would be built into the costume, which would warm the soldier in cold weather and cool it in the heat.

The composition of the TALOS suit will include a special armor helmet, which will receive a system for collecting and processing information, which will be promptly displayed on the protective glass of the helmet. All information on the protective glass of the armored helmet will be displayed using a collimator system with focus on infinity. Such a solution will ensure readability of information regardless of where the operator of the suit will look. It is reported that the composition of the output information will include intelligence streams from the UAV. 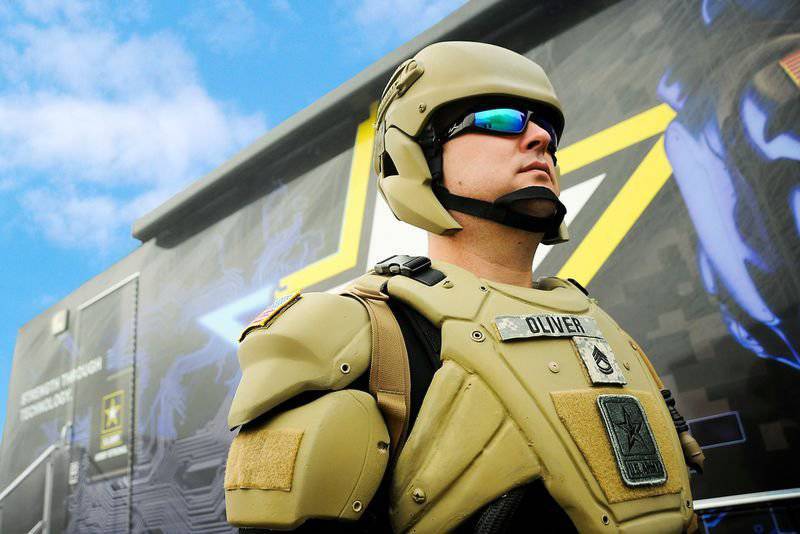 Enhancing visual parameters is just as important as enhancing the physical capabilities of a fighter. The composition of the TALOS suit should include the means that will improve the vision of the picture of the modern battlefield entirely. In particular, he will receive a portable night vision device with a review in 360 degrees. Looking into the eyepiece of such a device, a soldier will be able to obtain accurate information about the location of the enemy. The use of such devices will provide the operator of the TALOS suit with a clear advantage in solving specific combat missions.

The TALOS costume is not in vain compared to the Iron Man costume from comics and feature films. As in Iron Man’s equipment, a large number of sensors and sensors will be installed there that will be able to monitor heart rate, body temperature, and dehydration level. All information about the physical condition and health of a soldier they will be able to transmit to the command center. In addition, the suit will receive a special inflatable cuff. Sensor-guided cuffs can stop bleeding if a soldier is injured.

It should be noted that high-tech developments are not alien to the domestic defense industry. The Russian army is also thinking about using completely new means of protecting military personnel and using robotics. For example, in August 2013, information appeared in the Russian media that the Russian army would be equipped with special nanobronie. In addition, a set of the newest military equipment “Warrior” is currently being tested by the troops. The composition of this equipment of the soldier of the future includes sets of combat equipment, individual armor and energy-saving systems and life support.

Ctrl Enter
Noticed oshЫbku Highlight text and press. Ctrl + Enter
We are
The US Army will receive an analogue of the "Iron Man's Costume"Avatar to help the soldier
Military Reviewin Yandex News
Military Reviewin Google News
63 comments
Information
Dear reader, to leave comments on the publication, you must sign in.