Puppet Theater in Geneva: the end of the second act 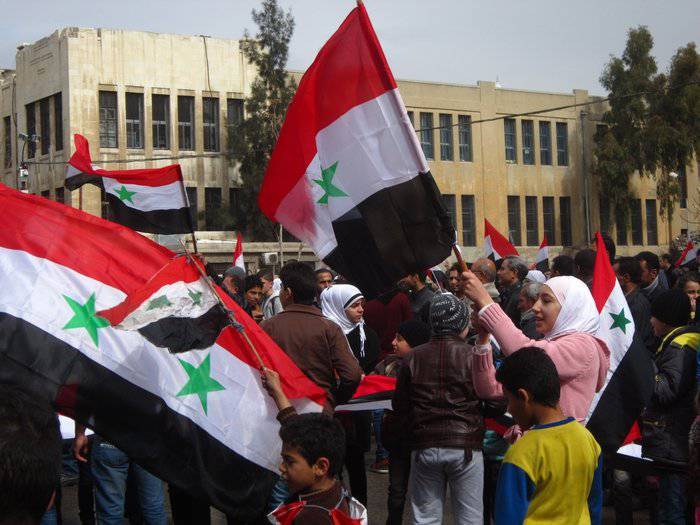 15 February in Geneva ended the second round of negotiations between the delegations of Syria and the "opposition" in the framework of the international conference "Geneva-2". Many observers believe that he failed - the parties have not reached any agreements, the date of the next round has not been determined.
As stated by the Deputy Minister of Foreign Affairs of the SAR, Faisal Al-Mekdad, “We came here to achieve a political solution to the Syrian crisis. But the other side came here with a different agenda, which is not realistic. ” He added that the "opposition" wants to discuss only the creation of a transitional authority, and the government wants to start with the fight against terrorism and the creation of conditions for the restoration of security in Syria.

As for the so-called “opposition,” its representative Luay Safi demanded ... to replace the government delegation, because they “cannot reach agreements with the current negotiating team.” Although the Syrian delegation is represented by the most experienced diplomats, it is doing everything possible for the success of the negotiations, making proposals, offering a peaceful solution to the conflict.

With such provocative and divorced from reality statements, the “opposition” wishes to actually disrupt the conference and force the Syrian delegation to leave Geneva definitively. However, the Syrian delegation claims that it will leave the negotiations only after the United Nations special envoy to the SAR refuses them, Lakhdar Brahimi.

In addition, Luay Safi urged Russia not to block the draft UN Security Council resolution on the humanitarian situation in Syria, since, according to him, it is "important for the Syrian people." However, this resolution contains the threat of new sanctions against the Syrian people, who have been suffering from sanctions for three years already. Thus, the “opposition” considers it important to further tighten the noose around the neck of the Syrian people, claiming that it is in their interests!

Why is the “opposition delegation” behaving so unconstructively? The answer is simple - it is completely controlled by external forces. In fact, only puppets are present on the stage of negotiations, and those who are behind the scenes control them. Like in a provincial puppet theater.
After the actions of the “opposition”, which did everything possible to fail the negotiations, the votes of those who control the figures at the negotiating table on behalf of this “opposition” followed.

For example, US Secretary of State John Kerry blamed the Syrian delegation for the lack of progress in the negotiations. According to him, this delegation even “prevents the holding of the Geneva-2 conference. As much as Mr. Kerry would like, the fate of Syria would be decided without the participation of the Syrian side itself!

However, he expressed the opinion that the “opposition” showed a desire to negotiate with the Syrian authorities: “The opposition delegation has constantly demonstrated that it wants constructive negotiations in the interests of the entire Syrian people.” Although practice showed quite the opposite. During the first round of negotiations, the “opposition” rejected the political declaration proposed by Damascus on the peaceful settlement of the crisis and a number of other documents, including the draft statement on combating terrorism. During the second round, the “opposition” again refused to discuss the topic of ending violence and terrorism, which is a key condition for a political resolution of the situation.

In his usual shameless manner, Kerry called for increased pressure on Syria, which already impedes negotiations and any peaceful resolution, as the “opposition” terrorists feel their utter impunity.

The foreign ministers of Britain, France and even Germany expressed the same spirit.

However, the UN special envoy for Syria Lakhdar Brahimi has a different assessment of the talks. He agreed that the first point should be the fight against terrorism and an end to violence. According to him, the agenda of the future round of negotiations includes four items: the fight against violence and terrorism, the transitional governing body, the preservation of national institutions and the issue of national dialogue and reconciliation.
It is this agreement on the agenda of the next round that can be called the main outcome of the last round of negotiations.

In Syria itself, the process of achieving local reconciliation continues. Thus, in the three southern suburbs of Damascus — Beit Sahm, Babill, and Eld — the militants agreed to cease fire in exchange for the opportunity to use the amnesty and avoid criminal prosecution. In the province of Quneitra in the south of the country, the rebel 72 surrendered to the authorities.

As for the people of Syria, they are now actively participating in demonstrations in support of the army and the idea of ​​national reconciliation.

February 15 held a demonstration in the area of ​​the Old City of Damascus - in the quarter Al-Shagur. Despite the rainy weather, more than 5 thousand people took to the streets. Flags of neighboring houses greeted them with flags. 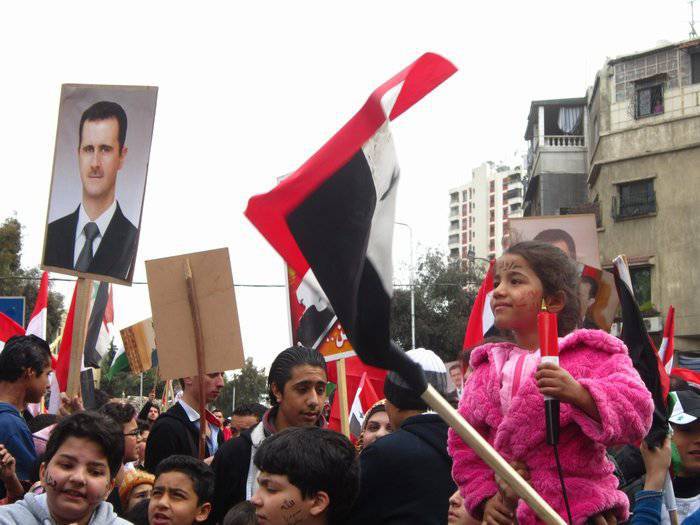 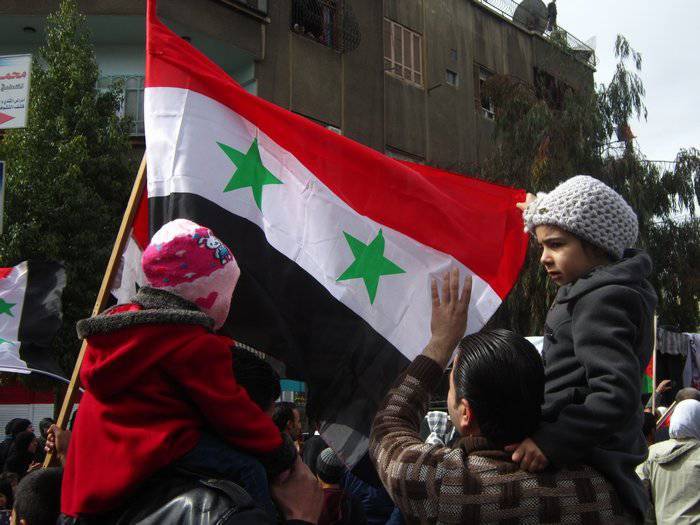 Patriotic actions were also held in the cities of Aleppo, Latakia, Suweida, Homs, Hama. Their participants expressed the full support of the Syrian delegation at the Geneva-2 and spoke in favor of an end to terrorism and the restoration of a normal life.

Ctrl Enter
Noticed oshЫbku Highlight text and press. Ctrl + Enter
We are
Geopolitical mosaic: the fate of Assad became a stumbling block on the protracted “Geneva-2”, the Kiev Maidan turned out to be the US national interest, and in Sevastopol they decided to create a Little RussiaSyria: Americans scare themselves, and Asma Asad buys chairs
Military Reviewin Yandex News
Military Reviewin Google News
30 comments
Information
Dear reader, to leave comments on the publication, you must sign in.