Old planes do not happen 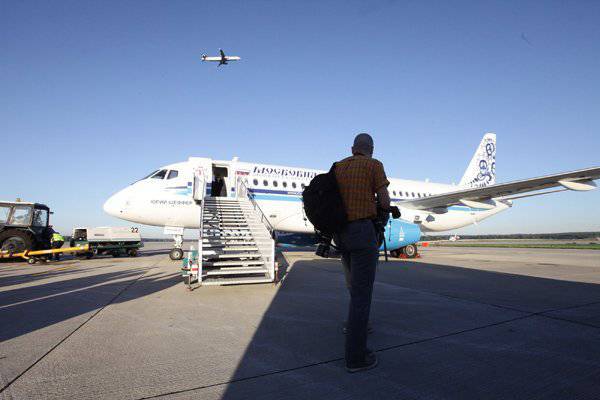 The discussion about the safe life of the aircraft is gaining momentum: the State Duma amended the Air Code of the Russian Federation, which tightened the rules for admitting foreign aircraft to civilian traffic.
In particular, it was proposed to ban flying on aircraft older than fifteen years. "RG" asked to express their point of view of the Director General of the State Research Institute of Civil aviation, Doctor of Technical Sciences, Professor Vasily Shapkin.

Vasily Sergeevich, air experts say: there are no old planes. Need to talk only about the airworthiness of the aircraft?

Vasily Shapkin: Absolutely right. Maintaining the airworthiness of aircraft and ensuring their safe operation is a complex technical and organizational task. And this kind of bans she does not dare. By itself, the calendar life of the aircraft or helicopter says little.

The determining condition is the technical condition of the aircraft. And it, in turn, depends on the completeness and quality of work on its maintenance, including the timely implementation of the necessary controls, modifications and replacements established by the developer. The airworthiness of an aircraft is certified by an airborne certificate of airworthiness, which is issued by the aviation authority of the state of its registration in accordance with established procedures. Another thing is how much the airworthiness of aircrafts having long service lifetimes costs.

And, really, how much?

Vasily Shapkin: The cost of their operation as the increase in air increases due to the need to perform a large amount of modifications and inspection work. In addition, early-generation aircraft have the worst performance in terms of economy, ecology, capabilities of on-board equipment systems, and comfort. That is, the calendar service life is a category for the most part economic, and the airline itself decides how profitable it is to operate an aircraft with a large touch or service life.

We analyzed the life of the "flying" world aircraft fleet. In the USA, for example, there are DC-3 type airplanes, whose service life exceeds 70 years. And they fly, fly safely.

At one time, was the disposal of the Ministry of Transport of Russia, which restricted leasing and rental of aircraft with a calendar life of 25 and more years?

Vasily Shapkin: Then a large number of Russian (Soviet) aircraft were returned to Russia from abroad and, in accordance with the order of the Ministry of Transport of Russia N 110, the State Research Institute of Civil Aviation, together with the aircraft developer, determined the list of measures that the operator must perform to enter it into the state register. Only flying aircraft and helicopters were put into the state registry. This made it possible to compare the operating conditions of the “declared” instance with the operating conditions of the types of aircraft flying in Russia. And also to evaluate, as we say, its loading, accumulated damage, to determine the actual technical condition and possible limitations in operation.

I will say right away that not all aircraft declared to be entered in the state register began to carry out transport work. Many of them were sent to overhaul and only after it were allowed to be used in civil aviation of Russia.

After the introduction of the FAP-80 "On State Registration of Aircraft" (FAP - Federal Aviation Regulations. - Ed.), The order N110 was canceled, and the aircraft could be put into the state register in any technical condition, which was and is being done now. Our institute no longer participated in the preliminary assessment of the technical condition of the aircraft or helicopter before putting it into the state register.

But the very fact of putting the aircraft in the state registry still does not give him the right to start operation?

Vasily Shapkin: Of course, does not. The aircraft must be certified according to the Federal Aviation Regulations and receive a certificate of airworthiness. And only after that it can be allowed, or not allowed, to fly.

What is the average service life of Russian aircraft?

Vasily ShapkinA: The average lifetime of an air fleet is the same as “average temperature in a hospital.” And therefore it is necessary to talk about the airworthiness of each specific instance of the aircraft, regardless of the timing of its operation.

It should be borne in mind that aircraft are dropped out of service primarily because of the increasing requirements for environmental protection (noise, emissions into the atmosphere) and the accuracy of on-board equipment systems.