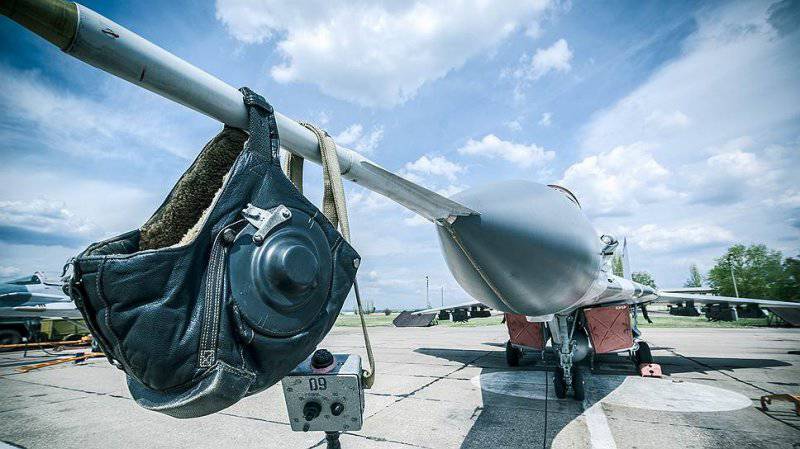 As it became known to Kommersant, gliders created as part of the execution of the Syrian contract for the production of MiG-29М / М2 fighters can be used to assemble similar aircraft for Serbian air forces or MiG-29МТ fighters for the Russian Air Force. The reason for this is both the financial problems of Damascus and the lack of Moscow’s ability to deliver large-scale military products to Syrians without opposition from Western countries. However, the contract will not be broken: Russia expects to deliver fighters to Syria in 2016-2017.


History with the Syrian contract for MiG-29М / М2 fighters began in 2007, when Moscow and Damascus contracted 12 aircraft. Deliveries were to be completed in 2012, however, the civil war that started in the country and the financial difficulties of the customer led to the freezing of the contract. The situation could have changed in June 2013, then Rosoboronexport officials told Kommersant that the delivery of the first six fighters should take place before the end of the year. This, according to their version, would be a response of Russia to the EU’s non-renewal of the embargo on arms supplies to the Syrian opposition. However, to proceed with the implementation of the contract failed. As a result, as reported by Kommersant, the parties adjusted the delivery schedule: nine fighters should be in the ranks of the Syrian Air Force in 2016, and the remaining three in 2017 (see Kommersant of 21 in August 2013).

A high-ranking source close to the military-technical cooperation system told Kommersant that the fate of the 12 MiG-29М / М2 fighters intended for the Syrian Air Force will be finally clarified in the near future. According to him, there are several options for their use. The first one assumes that already assembled gliders will be used to assemble 16 fighters MiG-29CMT, which will be delivered to the Russian Air Force before 2016 (the contract for them is to be concluded between the Ministry of Defense and the MiG corporation by the end of March). The second option involves the use of gliders for the delivery of six MiG-29М / М2 in the interests of the Serbian Air Force.

As a rule, each customer has his own requirements for the configuration of the aircraft and the types of weapons installed on them, but at the stage of creating a airframe - metal construction - the project can be redone in a short time to fit the new requirements. “The time frame gives us room for maneuver in order to use the existing reserve of the Syrian MiGs when building aircraft for the Russian army or other foreign customers,” says the Kommersant source.

According to Kommersant’s information, the option of selling these MiGs to other countries was also considered in 2013, but it was eventually rejected. Against the background of statements by Russian officials about the determination to fulfill obligations under previously concluded Syrian contracts (“We signed contracts, and they must be fulfilled,” said Russian Foreign Minister Sergey Lavrov) a leak of this information could cause serious damage to the image of the Russian Federation on the arms market. Yesterday, the Kommersant interlocutor, close to Rosoboronexport, clarified that there would be no agreement to break the agreements reached with Damascus on its own initiative - this will lead to penalties and forfeit.

The chances of fulfilling the “Syrian” contract in the near future are minimal, the interlocutor admits. You can ferry fighters only on ships or on transport aircraft. Both options can not be called reliable, since the sea and air space is monitored by Western countries seeking to prevent the appearance of new military equipment in the Syrian army. For example, in 2013, the dry cargo ship Alaed was carrying three Syrian Mi-25 helicopters repaired in Russia to Syria. After the British Standard Club company deprived the ship of insurance, without which it has no right to enter any ports, Alaed had to return to the port of Kaliningrad with cargo. The interlocutors of “Kommersant” claim that the helicopters eventually arrived at the customer, but we are not talking about a reliable permanent channel. But, even with a political decision, it is almost impossible to deliver the fighters to Damascus now, so the dates were shifted by 2016-2017 years.

“It’s logical to use the existing MiG-29 reserve in fulfilling other contracts, since the delivery of these aircraft to Syria is unlikely in the near future,” says Andrei Frolov, editor-in-chief of Arms Export magazine. “You can try to implement the contract only if the situation stabilizes in the country.”