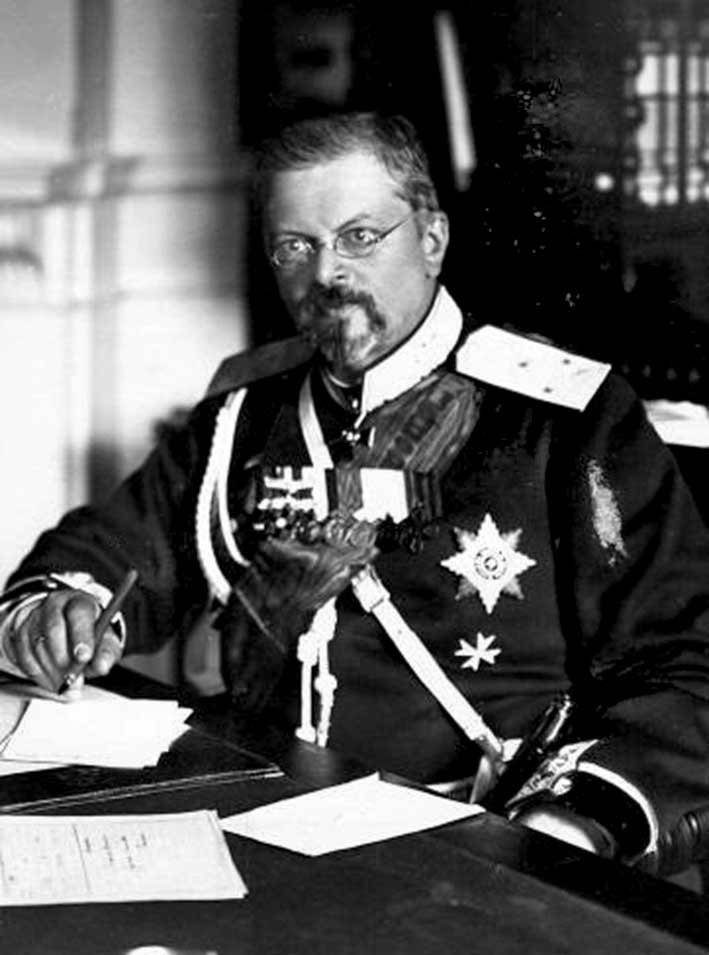 Alexander Fedorovich Rediger was born on December 31 1853 (January 12 1854 in a new style) in Novgorod in a family of military hereditary. His grandfather moved to Russia from Germany under Catherine II and enlisted in the Life Guards Horse Regiment. Alexander's father, Lieutenant-General F.F. Rediger, at the time of the birth of his son served as director of the Novgorod Count Arakcheev Cadet Corps. Mother, Elizaveta Gustavovna, nee Shulman, led the household. Alexander's heir, Tsarevich Alexander Nikolaevich, became the godfather of Alexander.

The Redigger family often changed their place of residence until they settled in Vyborg. The childhood of the future general was spent in a friendly atmosphere, in a friendly and loving family.

Alexander went to school, then in the Finnish Cadet Corps, and from 1870 in the Passenger His Imperial Majesty Corps. Camera page A.F. Rediger showed great promise in the sciences, and after graduating from this elite educational institution, his name appeared on the marble honorary board of the case. In 1872, he was promoted to lieutenant and sent to the Life Guards Semenovsky Regiment, where he was enlisted in the 9 company. However, the service in the Guards regiment did not attract the young officer due to excessive drill in the drill classes. According to the memoirs A.F. Rediguera, he "found these classes completely idiotic and felt completely unsuitable in this matter." Schools of literacy have just been entered on the shelves, and the Rediger has been instructed to conduct such a company school. And here he realized that he was no good “for a teacher of literacy”. As a result, going to the company classes became for him perfect agony, and he felt how "far from the ideal of a front-line officer." In 1874, Mr. Alexander Rediger submitted a petition and entered the geodesic department of the Nikolaev Academy of the General Staff. In 1876, he graduated from the Academy course with a medal and was promoted to lieutenant. With the beginning of the Russian-Turkish war 1877 – 1878. Rediger returned to the Life Guards Semenov regiment, in which he participated in hostilities in the Balkans.

The young officer repeatedly distinguished himself in battle battles: during the capture of the bridge across the Isker River near the village of Hostile, the capture of the Negoshevsky Pass in the Balkans, in the battles near the town of Filippol (Plovdiv). For bravery and courage he was awarded the Order of St. Anne 4-th degree and St. Stanislaus 3-th degree with swords and bow.

After the war, A.F. Redieger returned to the academy, passed the exams and was counted among the General Staff as a senior adjutant of the headquarters of the Guard Corps. In June 1878, he was promoted to captains.
In 1879, Alexander Fedorovich defended his thesis, for which he received praise from the official opponent, the famous military historian and official military historiographer M.I. Bogdanovich, who noted that "the work was written in a clear, excellent language."

In 1880, Rediger was appointed adjunct professor at the military administration department at the Nikolaev Academy of the General Staff. Since that time, he participated in the preparation of articles "Encyclopedia of Military and Marine Sciences", was the editor of the military-administrative department, wrote articles in the newspaper "Russian Invalid". In October, 1880 was appointed a headquarters officer for assignments at the headquarters of the Guard Corps while retaining the "title of adjunct professor", and the following year they were honored with the rank of lieutenant colonel.

In 1882, the town of Rediger is appointed to the post of Comrade of the Bulgarian Minister of War with the assignment of the rank of colonel of the Bulgarian army. A year later, he came into conflict with the new ruler of independent Bulgaria, Prince Alexander of Battenberg, and was dismissed from the Bulgarian service, but remained in the country as an officer in the Russian army. In 1884, Alexander Fedorovich returned to Russia and was appointed clerk to the Office of the Military Ministry, while remaining an adjunct professor at the Nikolaev Academy of the General Staff. In the same year, Rediger was awarded the rank of colonel. He took an active part in the work of the Special Commission of the Ministry of War to draw up a new Regulation on the field management of the troops, which was carried out until 1890. He was charged not only with the development of several sections of the Regulations, their coordination with interested departments, but also the general wording of the entire document. It benefited from the rich experience of Rediger, who had long and seriously dealt with issues of mobilization readiness and organization of command in European armies during the war. This problem was devoted to the scientific work of Aleksandr Fedorovich “The device of field control in the main European armies”, published in 1888. In addition, Rediger wrote a fundamental work in two parts called “Manning and Arming of Armed Forces”, as well as “Notes on military Administration "," Mobilization of troops "and" Field control in our army. "

The new edition of the Regulations on the field control of troops in 1890 was distinguished by accuracy and clarity. In it, for the first time, a clear-cut procedure for the “field command of the troops” was formulated during the mobilization of the army. Work on this important document made Rediger one of the most talented and promising employees of the military department of that time. This was also noted by the Minister of War, General of the Infantry P.S. Vannovsky, who after that repeatedly gave Rediger special instructions, which undoubtedly influenced his further service. In 1891, he, in particular, instructed Alexander Fedorovich to prepare historical essay on the activities of the Ministry of War for 1881-1890.

In 1893, to gain the experience of the military service of A.F. Rediger was seconded for a year to the Life Guards Semenovsky Regiment and took command of the 3 Battalion of the Regiment. It was a prerequisite for further service in senior positions. According to the results of the battalion command, and during the camp gathering - the regiment, Alexander Fedorovich was given a certification, which noted his "full knowledge of the case" and "excellent command of the battalion and regiment". In August, Redinger 1893 was granted the rank of major general.

In 1897, he will be appointed Assistant Chief of the Office of the Military Ministry (served as a clerk for almost 14 years). In 1898, Alexander Fedorovich became the acting head of the Chancellery with the approval of her through 2,5 of the year and with production to lieutenant general. At that time, the Head of the Chancellery held a position equal to the posts of Comrade War Minister or Commander of the District.

In June, 1905, "by imperial order" A.F. Rediger was appointed to head the War Department, and in July, he was appointed Minister of War. In 1907, he became a general of infantry, and in March 1909 "passed the post of minister of war" to his successor, General V.A. Sukhomlinov, but remained a member of the State Council. 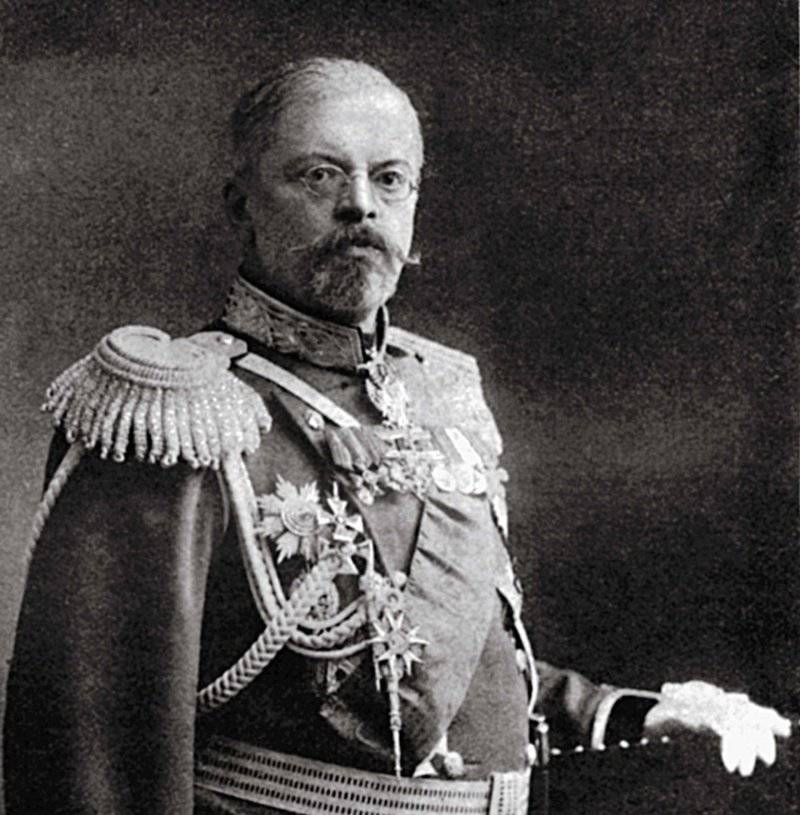 When he was Minister of War, Alexander Fedorovich Rediger, on his initiative, a number of transformations were carried out that affected almost all aspects of the life of the army. They were aimed mainly at optimizing military management. A.F. Rediger tried to solve the eternal question of the distribution of functions within the military department. He participated in the establishment of the General Directorate of the General Staff, created in July 1905, which was in charge of issues related to the preparation of the army for war. The Minister of War was in charge of administrative and economic issues, problems of supply and manning. The State Defense Council, the Higher Attestation Commission and the posts of inspector generals of infantry, cavalry, engineer troops, and military educational institutions independent of the Minister of War were established. In addition, the terms of military service were reduced: in the infantry - up to 3 years, in the cavalry - up to 4 years, in the naval navy - up to 5 years, which allowed to create a strategic reserve of the army. Summing up his work as Minister of War, A.F. Rediger wrote: “For almost four years, I worked hard, and my conscience was clear in the sense that I did what I could. The sudden dismissal from office caused me a feeling of resentment, which lasted a long time and only much later gave way to gratitude for the fate that I was destined not to bear any responsibility for the policy that led to the 1914 war, and for entering the war with an insufficiently prepared the army. "

With the name of General A.F. Redigera is connected with the return of some previously lost traditions and rituals of the Russian army. So, in 1907, on his initiative, the historically established names of cavalry regiments were restored, and in 1908, the new army dress uniform was introduced in the Russian army, reminiscent of the glorious era of victories of the Patriotic War period 1812.

Remaining a member of the State Council, Rediger 1909 was elected a member of the Finance Commission in October and was a member of its VI department, which considered military and naval estimates, until 1917.

In the autumn of 1917, a few days before the October Revolution, A.F. Rediger left Petrograd with his family and settled in the Poltava province in the family estate of his wife, Olga Ivanovna, nee Kholshchevnikova. At the end of 1918, the Redigers moved to Sevastopol, where on January 26, 1920, Alexander Fedorovich died suddenly.

For merits in the military activities of A.F. Rediger was awarded many Russian and foreign orders. He was the author of a large number of works on the military administration, staffing and organization of the army, as well as numerous articles for the Encyclopedia of Military and Marine Sciences and the Military Encyclopedia. His articles were published in the Military Collection magazine, the Russian Invalid newspaper.

With the magazine "Scout" A.F. Rediger has collaborated since its inception and, knowing several foreign languages, wrote reviews and reviews of materials of foreign military journals and newspapers published in European countries.

The memoirs written by А.F. Redigger in the last years of his life and published only in 1999 g. They gave a balanced assessment of both the circumstances of his own life, and the most important historical events from the middle of the nineteenth century. and before 1918, including the characteristics of the personalities playing the leading roles in these events. Many of the views of General Alexander Fedorovich Rediger, his reflections on the fate of the Fatherland retain their relevance for modern Russia.