Russia is the last Europe

February 15 2014
94
The crisis of Western Europe makes us think about one very interesting question. This is the fate of a European heritage, Christian in its essence. That is Europe in a broad sense.


In general, it is necessary to immediately say that Europe and the West are not the same thing. And Russia as a unique Russian civilization, the leader of the Slavic-Orthodox world and the only northern empire of its kind undoubtedly has its full right to the European heritage. 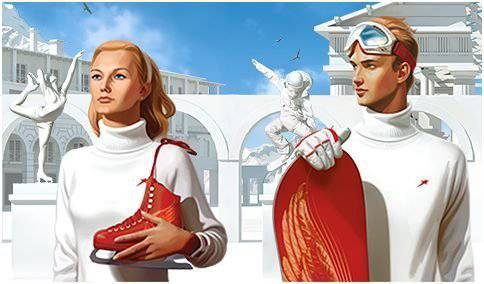 It is very important to understand that we are not some kind of lagging “Europeans”, but quite a true Europe, but a special way, Europe, the heir to the Second Rome. Usually Europe is called only its western part. However, if you think about it, the large peninsula to the west of Kiev and Minsk simply assumed a monopoly on this name, “renaming” Christian World to Europe and reducing the latter to itself.

The European space itself, in principle, was almost always divided in two. This was begun by the ancient Greeks and Romans, then there was the struggle of the Catholics against the Orthodox, the Soviet bloc against the capitalist, etc.

So the centuries-old struggle of the West (first of all, of the European West) with Russia is a struggle of civilizations, one of which considers itself the first and only one. And therefore it has some hostility towards the one that represents a real alternative. Hence the centuries-old tension and drama of our relations.

And the Western Europeans treated not only Russia. For example, German historians in the 16 century rushed posthumously to call the Empire of the Greeks Byzantium, although the Byzantines themselves called themselves Romans (Roma). However, the West believed that only one “Roman state” should remain - the so-called Holy Roman Empire of the German Nation.

The controversy over the legacy of Great Rome between the two sides of the world threw the fear of losing the primacy of the West at the bottom of the West. But at the same time he gave the power to demand from the rest of the world alignment with himself, as the only and universal standard. Such, to put it in spiritual language, is the sin of pride on the scale of a whole civilization.

Centuries have passed since then, for Western Europe they have been very successful, but at the same time tragic. Finding peace, she gradually lost her soul. And now she has come to the point where something very similar to an epilogue is hiding.

As for us, lately, it is becoming increasingly difficult to equate with our juvenile-multicultural partners, and it makes no sense to catch up with them: we will not surpass them in speed down. The question again comes to the fore: who in the end will remain a real Europe, and who will go into oblivion.

The fifth century of our era. The Roman Empire. In the once invincible power, terrible phenomena occur: the decline of morality and morals, the weakening of state power, the migration of barbarian tribes into the interior of the country. The empire is already divided into western and eastern parts. Western will soon fall, and for three hundred years will plunge into the veil of dark ages. But the eastern stand and become what we know by the name of the very Byzantium, or the Second Rome. The new empire will live for another thousand years, having managed to transfer its faith and culture to Rome the Third - Russia.

How did the Byzantines manage to resist, because they experienced the same problems as in the west of the continent? Three simple but very important things were accomplished in Constantinople. The first - put a barrier for further invasions of the barbarians. Second, they made their country tougher, reviving a strong army and state institutions. And third, we have a new unifying idea. Then she became Orthodox Christianity.

Thus, the Byzantine Empire was able to preserve itself and the achievements of civilization at that moment when it seemed that nothing could stop the fall of the Empire. European humanity has thus received a new chance.

Can we use this experience now? Sure, we can. Of course, already in new, but in many respects similar, conditions. Russia has retained a unique version of European culture. The increasing decay of the aging Western Europe, which appeared almost fifteen hundred years ago, inevitably leads it to its end. In any case, what may appear there will no longer be either European, or, moreover, Christian, or even plainly pagan. Therefore, very soon, Russia can remain not only special, but also unique, and it seems ... The last Europe.

Ctrl Enter
Noticed oshЫbku Highlight text and press. Ctrl + Enter
We are
The world we leave, the world we enter, and the world between themWhat you didn't want to know about England
Military Reviewin Yandex News
Military Reviewin Google News
94 comments
Information
Dear reader, to leave comments on the publication, you must sign in.