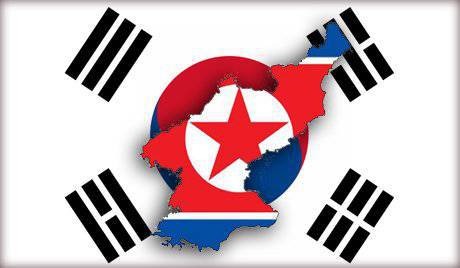 - Attempt number two can be effective?

- Any attempt is commendable. In recent years, North and South Korea have experienced a difficult period in relations. It came even to armed conflicts, shooting at each other, as it was in 2010 on Enphendo Island. So, any steps that lead to reconciliation, to the normalization of relations deserve the approval of the whole world and, of course, Russia, which is interested in peace and tranquility in the region located directly on our borders.

- Why was the first attempt unsuccessful? The parties do not want to negotiate or can not agree for certain reasons?

- The parties have different priorities and an agenda, and agreeing on it in the context of the fact that during seven years of negotiations at such a high political level was not, of course, difficult. In 2007, there was an inter-Korean summit, then a meeting of the prime ministers of the North and the South, at which 40 joint projects were agreed upon, the implementation of which led to a significant expansion of cooperation, strengthening trust between the North and the South.
In subsequent years, unfortunately, the development of relations went the other way. For the North, the military-political agenda is important first of all. It is no secret that they insist on canceling, or at least reducing, moving away from their borders joint American-South Korean maneuvers, which they see as a threat to their security.
It’s no secret that such leaks have leaked into the South Korean press, that in recent years, starting with 2012, these maneuvers have been practicing the US-South Korean forces of the North Korean territory in the event of a likely collapse of the regime under the influence of the economic difficulties that are created primarily by sanctions imposed on the DPRK at the initiative of the United States and its allies.
For South Korea, the priority remains family reunification, humanitarian, access to North Korea information, which, as they expect, will help the North Koreans to see the advantages of the South Korean system, the political and economic system and thereby shatter the monolithic unity of North Korean society, will create some kind of alternative groups, movements that will offer people alternative political slogans and values.
The parties need to find a balance of interests in order to agree on how to move towards the goals that they had already agreed upon in 1972. This is a union based on the principles of peace, a great national consolidation, a peaceful democratic union of the country.

- Sometimes it seems that South Korea, conducting regular exercises with the United States, provokes its northern neighbor, because the militant statements from North Korea always sound in spite to some actions of South Korea. Or is the situation acute in itself; does it not allow each side of the conflict to remain silent?

- It's not only in South Korea, but also in American politics in the Far East. Throughout the postwar period, the United States regards military-political alliances with South Korea as a pillar of its foreign policy in this region. There all these years there are contingents of American troops, missile defense is created, and any reconciliation between North and South Korea, the normalization of relations knocks out the foundations of this policy.

- Now there is no, on the contrary, she spends a lot of money, somewhere around 700 million dollars a year, for the maintenance of the American military contingent, buys military equipment worth billions of dollars from America. So for the Americans, this alliance, besides the fact that it allows them to keep the armed forces right on the Chinese and Russian borders, is also economically beneficial.

- In your opinion, is it possible to soon meet the leaders of North and South Korea?

- Let's hope that it will become a reality. Unfortunately, the reconciliation process knows its ups and downs. In the year 1972 managed to develop the principles of reunification. Then there was an almost 20-year break, until at the end of 1980-s the parties signed an agreement on reconciliation, non-aggression, exchanges and cooperation, a document in which all the foundations were laid for the further development of relations between the North and the South.
But the document was not implemented due to the first nuclear crisis in Korea. Then there were summits: in 2000, the first summit between Kim Jong Il and Kim Dae Jung in Pyongyang, in 2007, the second. Then the seven-year break came again. Now South Korean President Park Geun-hye has proclaimed a policy of trust towards the North. In principle, the idea is not bad, it is important that it be filled with practical matters as quickly as possible.
In my personal opinion, conducting large-scale military maneuvers — after all, the current ones will be followed by even more ambitious ones, where more than 200 thousands of South Korean soldiers and several thousand American soldiers will participate - do not contribute to creating a confidential atmosphere.
I think that the scale, intensity and direction of military maneuvers need to be changed from one side to the other, to make them as modest, predictable as possible and not set before them participants the goals that the American-South Korean side now puts, about which The South Korean press is preparing for the collapse of the North Korean regime so desired by some forces in Seoul and Washington.