China aircraft carrier program: shipbuilding and groundwork for the future

February 17 2014
15
In mid-January, the Chinese leadership officially announced some details of the creation of the carrier fleet. This information was disclosed by Wang Ming, secretary of the Chinese Communist Party branch in Liaoning. According to the official, in the foreseeable future, the naval forces of the People's Liberation Army of China will receive four new ships with aviation group. The construction of the first of four new aircraft carriers will begin in the very near future.


Previously, various statements and actions of the Chinese leadership only indirectly confirmed the version of the existence of plans to build new aircraft carriers. Now there is an official confirmation of these guesses. China is really going to build aircraft carriers and aircraft for them. For the time being, in the plans of official Beijing, the expansion of the grouping of aircraft carriers to five ships, four of which are likely to perform various combat missions. From the previous statements of the Chinese leadership, it follows that the existing ship "Liaoning" will retain the status of the training. 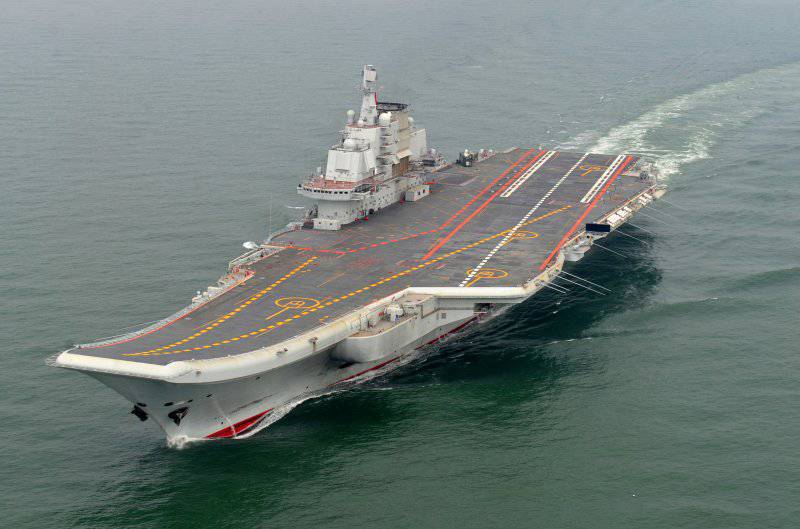 The details of the project on which new ships will be built have not yet been announced. China has traditionally been in no hurry to disclose the details of its defense programs, and therefore one has to be content with the available information, as well as speculate. So, at the end of last year, information appeared that could to some extent confirm one of the existing versions. According to popular belief, the new Chinese aircraft carrier (or aircraft carriers) will be a modified Liaoning ship. However, the lack of information does not allow to speak about the correctness of such an assumption.

It should be noted that the version of the creation of a new project based on the only Chinese aircraft carrier at the moment has certain grounds. The fact is that China has no experience in building large-sized structures for such ships. The finished hull of the future Liaoning was purchased from Ukraine, and the Chinese shipbuilders slightly modified it, and then equipped it with weapons and the necessary equipment. Despite the lack of experience, Chinese shipbuilding is able to produce large structures for hulls of aircraft carriers. Wang Min said that not so long ago, large sections of hulls seen at the Dalian Shipyard and Jiangnan-Changxing Shipyard factories were built to ascertain the potential of the industry. 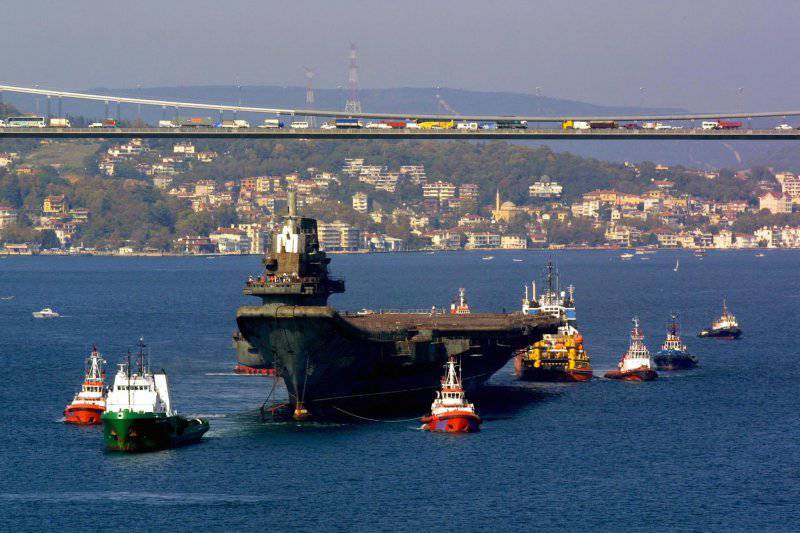 Towage through the Bosphorus Strait aircraft carrier Varyag, 1 November 2001 of the year. The cruiser was bought by a Chinese company based in Macau, from Ukraine. AFP PHOTO EPA / KERIM OKTEN

According to the Liaoninsky secretary of the CPC, it will take about six years to build the first of four planned aircraft carriers. Interestingly, the work on the completion and equipping of the aircraft carrier "Liaoning" also lasted about six years. In 2005, the unfinished ship purchased from Ukraine was put into dry dock by the Dalian Shipyard, and in the middle of the 2011, it entered sea trials. Thus, judging by the stated deadlines, during the work on the Liaoning aircraft carrier, the Chinese shipbuilding industry mastered a number of important technologies and gained experience that in the near future will allow building aircraft carriers in a relatively short time.

Previously, there was information that China’s carrier program will be implemented in two phases. As part of the first Navy, the PLA will receive several aircraft carriers that are as similar as possible to the existing Liaoning. Aircraft carriers of the second stage, as expected, will have a different look: a larger displacement, larger dimensions of the aviation group, etc. According to the old information, the first stage of the program will be carried out before 2020-25, and the second will be completed no earlier than the end of the next decade. Official Beijing has not yet confirmed this information, but plans to build four Liaoning analogue ships fit into a similar scheme.

Thus, four new aircraft carriers will have a displacement of no more than 60 thousand tons, a total length of about 300 meters and a width of the order of 70-75 m. The ships will still be equipped with a steam turbine power plant, which will provide them with adequate running characteristics. The composition of the weapons and aviation group will be similar to the corresponding parameters of "Liaoning" or slightly different from it. The basis of the air group will be Shenyang J-15 fighter jets. In addition, the ships will be equipped with helicopters for various purposes. The number of J-15 fighter-bombers based on a single aircraft carrier is unlikely to exceed 25-30 units. Apparently, the new Chinese aircraft carriers will retain the architecture of the flight deck, typical of ships of this class of Soviet development. They must keep the take-off springboard in the bow, as well as the corner deck at the left side. 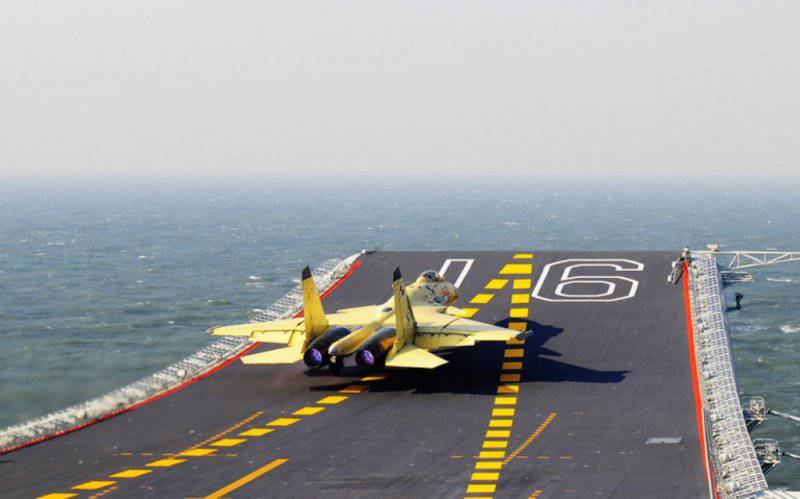 Earlier in the context of the two phases of the implementation of the aircraft carrier program, it was mentioned that by the end of the twenties, China could build at least two new aircraft carriers with significant differences from the ships of the first stage. They can get a nuclear power plant, the development of which is already underway, an electromagnetic catapult and other units, typical of aircraft carriers of recent projects. However, for obvious reasons, it is too early to talk about the correctness of certain assumptions. Nevertheless, the version of the development of an electromagnetic catapult has the right to exist. At the end of January, satellite photos of a new Chinese test complex intended for training deck-based pilots appeared in free access. The photographs showed equipment that can be considered a prototype of an electromagnetic catapult with a length of guides about 100 meters.

As we see, behind the official statements of Chinese officials, several serious projects are “hiding” that can reveal their real intentions. Already, the Chinese defense industry is preparing to create new aircraft carrier projects that will not be a modified copy of the Liaoning spacecraft. One can only guess how exactly new ships with nuclear reactors and electromagnetic catapults will be able to influence the military-political situation in the Pacific region.