March 31 2011
60
A few days ago, one of the most famous human rights organizations in the world, Freedom House, headquartered in Washington, issued a warning that could be associated with prophecy: Russia soon has every chance of becoming an autocracy similar to that in the Middle East. Director of the Freedom House Research Center, Christopher Walker, said: “Another six or a few more years of Putinism, beyond the elections, and Russia will be on the verge of falling into the same category as almost all the states of the Middle East. In these countries, presidential terms are not measured in years, but rather in decades. ” Walker also points out that if Vladimir Putin takes part in the next presidential election, which will be held in 2012 year, then in accordance with the current new presidential mandate, his reign may last for a quarter of a century. 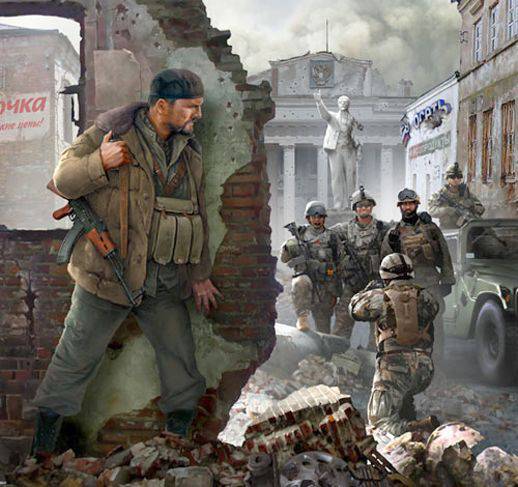 According to the authors of the published cautionary report, the main negative factor in Russia is corruption. David Kramer, executive director of Freedom House, said: “Corruption is not only a source, but also a symptom of a serious lack of democracy built in Russia. The upcoming election of the president could be evaluated as a real chance for new and significant changes. But every day there are more and more doubts that in the coming years the Russian system can be successfully reformed directly from the inside, ”thereby making a hint, and worth noting, rather transparent, of the possibility of“ reforms from the outside, ”like the Libyan ones.

Walker did not stop at this and continued to express his nasty hints: “While in the Middle East the corrupt rulers are inferior to the pressure of the masses, which require democratic changes, systemic and powerful corruption in Russia is becoming more and more manifest”. However, Freedom House doesn’t rule out another development scenario, when rising oil prices start to bring super profits, this may push the “Kremlin rulers” to follow the path of the rulers of Saudi Arabia. Not so long ago, it became known that in order to prevent mass demonstrations in support of the reforms that have now spread throughout almost the entire Arab world, Riyadh distributed billions of dollars in state social benefits. But, taking into account the experience of other states of the Middle East, this is just a postponement of urgent real transformations and its introduction in the future will only aggravate the situation.

Freedom House is an organization whose main budget consists of government revenues - about 80%. Previously, at the helm of the organization was James Woolsey, who at one time headed the CIA. The organization was also sponsored by the Soros Foundation, the MacArthur Foundation, the Government of the Netherlands. William G. Taft IV, great-grandson of William Howard Taft, President of the United States, is the chairman of the board of trustees of Freedom House for many years. Previously, he worked in a number of US Republican administrations. David Kramer - the current head of Freedom House - was US Assistant Secretary of State in 2008 – 2009. Given such a rich "pedigree," you should not completely trust domesticated American experts, but still, from materials spread by Freedom House, you can make a fairly accurate conclusion - in the near future, the American "humanitarian aid" can arrive in Russia to support democracy.