About the Polish shield Air Defense-PRO

February 13 2014
51
The Polish defense enterprises of the Elektronika RNO group belonging to the Polish Defense Holding, in 2013, applied for the development of their own air defense and anti-missile defense system - Polish Shield (in response to the program initiated by President Bronislaw Komarovsky) for 3 zł. . This amount is planned to be allocated for this purpose in 2014 by the Bureau of Air Defense and Missile Defense Systems, created within the framework of the Elektronika RNO group.


This information was provided to the deputies of the Seimas National Defense Commission, who, under the guidance of its Vice-Chairman Jadwigi Zakjevska, held outreach meetings in the building of the former Warsaw Radvar (R & A Scientific Industrial Electronics Center, now RNO Elektronika). .2). The headquarters of the Directorate for Planning Management Systems and Communications, General Joseph Nasyadka, and the Head of Material Planning, General Slawomir Ponchek, took part in the meeting of the commission on the part of the General Staff of the Polish Army. The INR was represented by the Deputy Head of the Department of Military Policy, Colonel Vitold Jagiello.

Here is the most important information made public during the on-site meeting of the Seimas National Defense Commission.

INR plans to launch a tender in 2014 for the purchase of an air defense and missile defense missile system with a range of up to 100 km.

In 2014, the INR is planning to allocate a quota of 150 million zlotys for the first purchases of the Polish missile defense modernization program.

The first will be purchased short-range weapons (VSHORAD - 5-10 km.). Orders will be placed on upgraded Grom rockets (and in the future also Piorun rockets), Poprad self-propelled complexes with Soła radar stations, as well as 35-mm artillery mounts. VSHORAD systems must be completely Polish.

PHO Elektronika claims that another line of defense of the Polish Shield - short-range systems (SHORAD - 20 km), can also be fully polonized, since its strike fist - guided missiles, can be entirely produced in the country under foreign licenses.

The Polish defense industry claims that in the case of medium-range missiles (MRAD - also for the destruction of ballistic targets), it is able to participate in the production of target missiles. The Polish defense industry can produce homing heads with radars, flight control instruments, correction engines, steering servo drives, cruise engines, inertial navigation systems, autopilot, radio fuses and feed systems. 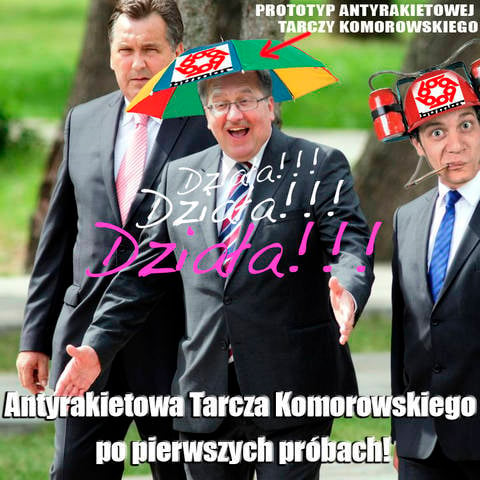 PHO Elektronika believes that the lion's share of the cost of building the entire air and missile defense system, estimated at 15 billion zlotys, will come from the purchase of missiles - up to 70%. The remaining 30% are designed for radar, guidance and communication systems, as well as recently designed own radar systems (PET / PCL passive radiolocation and Narew, Wisła, P18PL missile systems - funding in the amount of 300 million zlotys is carried out through NCBiR ("The National Center for Research and Development Development "- this is 70% of the principal amount, the rest is allocated by the industry).

The production of SHORAD missiles and the polonization of MRAD projectiles would have allowed to leave in Poland an even greater part of the cost of creating an air defense and missile defense system. It may even come close to the proportion of 50 on 50. However, this can happen only if production of most electronic systems for missiles is launched in Poland. They are the most expensive and make up 50% of the cost of future missiles.