Alexey Krivoruchko: We are going to bring the Kalashnikov concern to the break-even level in 2 of the year 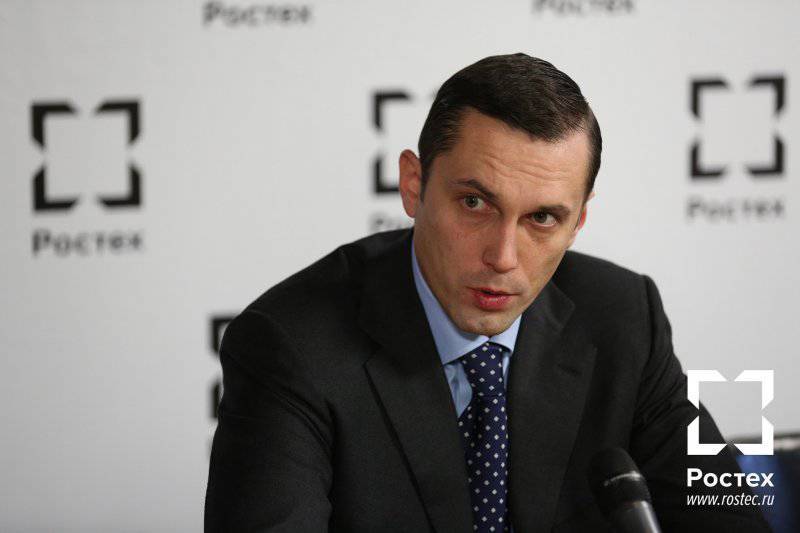 February 7 new Kalashnikov concern Alexei Krivoruchko met with journalists in Moscow. He spoke about the current situation and problems of the Kalashnikov Concern, and also answered questions of concern to reporters.


Alexey Yuryevich assessed the situation at the enterprise quite unequivocally: “Today the concern is still at a loss. In financial terms, the situation is difficult: the company's revenue for the year amounted to 2,2 billion rubles, the estimated loss was 1,7 billion rubles. ”

Among the priorities of the new head of "Kalashnikov" - the completion of the formation of the concern, the modernization of production, the development of new designs weapons, increasing sales, including export shipments, and increasing the profitability of the enterprise.

He designated Alexey Krivoruchko and the most acute problems at the enterprise that need to be resolved in the very near future. Among them - the optimization of the management and production structure of the concern to increase manageability. The plans of 2014 of the year are to employ about 500 workers for production and to increase the output of products by half compared to 2013 year - up to 150 thousand, to ensure the operation of weapons production at the level of profitability. Alexey Yuryevich also noted that it is necessary to increase the efficiency of the staff: today the production rate is about 500 thousand rubles per person 1 with the global practice of industrial enterprises in the amount of 3 million rubles.

In the current difficult situation, a whole package of measures is being developed to reduce costs, increase production volumes and increase product sales. Bring the Kalashnikov concern to a break-even level is planned for 2 of the year.

At the press conference, they also discussed controversial issues - challenging the contract for the production of Whirl-1 guided missiles and the development of the AK-12 assault rifle. The CEO reassured the media, stating that the work on Vortex was going strictly in accordance with the schedule and expressed the hope that our contract rights would be restored in court. The trial is scheduled for the first half of March. As for the AK-12, the concern will continue to work on the promising machine, participating in the OCD "Warrior" on a par with the promising machine AEK. “We believe that our machine has great potential. He is not worse than his rival, ”Krivoruchko said.

Also Alexey Krivoruchko shared fresh the news regarding foreign cooperation. “I think that this year we will begin the construction of production in India. At the first stage, it will be assembly production, and we expect to reach 50 thousand products per year, ”the top manager said, emphasizing that the Indian market is extremely promising for the Concern. The company will fight for all foreign contracts and for all the opportunities that will allow the company to ensure profitability and enter new horizons of development.

The Kalashnikov Concern (formerly Izhmash) is the largest Russian manufacturer of automatic and sniper weapons, guided artillery shells, and a wide range of civilian products - hunting rifles, sporting rifles, machine tools and tools. The company was founded in 1807. Included in Rostec State Corporation. Kalashnikov united the largest state enterprises of the Russian rifle industry (NPO Izhmash and Izhevsk Mechanical Plant OJSC). In the future, the concern will include the Vyatsko-Polyansky Machine-Building Plant "Molot", the Koshkin Design Bureau, and the Progress NITI. The products are shipped to 27 countries of the world, including the USA, the UK, Germany, Norway, Italy, Canada, Kazakhstan and Thailand.