Five of the most successful aircraft Antonov 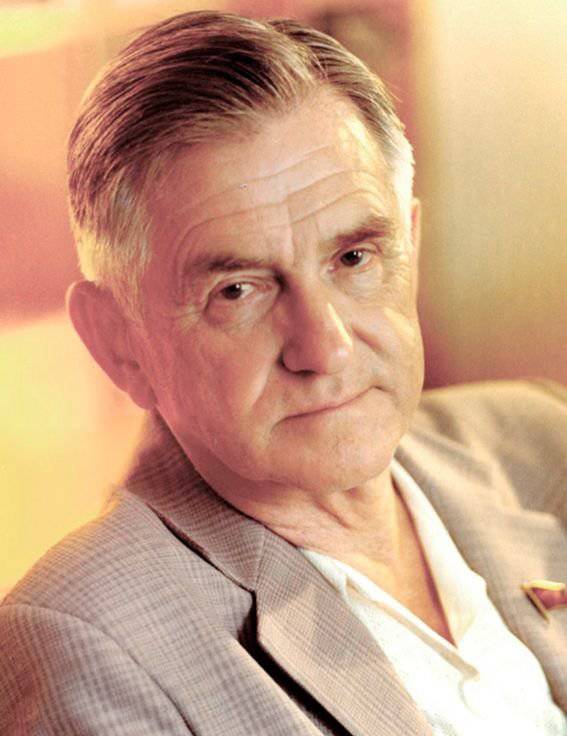 On February 7, 1906, Soviet aircraft designer Oleg Konstantinovich Antonov was born. He was fond of since childhood aviation Antonov founded the original school of design and created 52 types of gliders and 22 types of aircraft, including the largest and largest in the world. His planes became sensations at international aerospace exhibitions, and the Soviet Union was recognized as the world leader in aircraft manufacturing. On the occasion of the birthday of an outstanding aircraft designer, we decided to recall his five most successful aircraft.

This aircraft hit the Guinness Book of Records as the only aircraft in the world that has been produced for more than 60 years. He won fame as an exceptionally reliable and safe machine, whose design saves people even in emergency situations. An-2 can land even on unprepared terrain without the aid of ground navigation, is able to take off from any relatively flat field, and when the engine is stopped, the plane begins to plan. Over the years of operation, An-2 carried several hundred million passengers, millions of tons of cargo, handled over a billion hectares of fields. It was for agricultural work during the period of mass sowing of corn by the An-2 corn that received the popular name "corncob". An-2 was a mandatory member of the Soviet Arctic research and Antarctic expeditions. In 1957, he landed for the first time on the tip of the iceberg.
The idea of ​​the future of An-2 appeared in Oleg Antonov as early as October of 1940, and at the same time, a draft design of the aircraft was developed under his leadership. The idea of ​​Antonov was that the aircraft being created took “in air transport approximately the place occupied by the lorry in ground transport”. The designer himself called An-2 his greatest success. Production and operation of the aircraft began in 1948 year. By the beginning of 1960, An-2 had connected more than half of the USSR regional centers with local air lines. By 1977, these aircraft served the 3254 settlement. In total, more than 18 thousand An-2 were built, the aircraft was produced in the USSR, Poland and continues to be produced in China. The aircraft traveled to virtually all corners of the globe. Antonov and his associates were awarded the USSR State Prize for the creation of the An-2.

An-6 was developed by Antonov in 1948 on the basis of An-2, from which An-6 outwardly differed by the presence of a meteorological booth at the base of the keel. The aircraft was intended for high-altitude meteorological research and for use as a transport in high-altitude areas. The aircraft was equipped with an ASH-62Р engine with a turbocharger, which allows the engine to maintain power up to an altitude of 10 000. The aircraft was produced before the 1958 year, in total several aircraft of this modification were built. It is on the An-6 9 June 1954, the pilots V.A. Kalinin and V. Baklaykin in Kiev set a record height for this class of aircraft - 11 248 m. 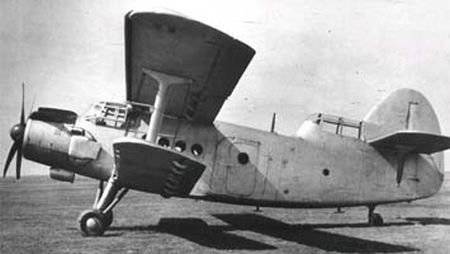 The development of the An-10 aircraft began in 1955 after visiting the design bureau by the USSR leader N.S. Khrushchev. During the conversation with him, Antonov proposed the creation of a single four-engine plane, but in two versions: passenger and cargo. Khrushchev approved the concept, and his first flight An-10 made 7 March 1957 of the year. An-10 was designed so that in case of war could quickly be rebuilt into a cargo plane. The aircraft became the first in the USSR liner with a turboprop engine and the first among such machines was put into mass production. According to calculations, the An-10 at the end of the 50-x was among the most profitable aircraft: the cost of transporting one passenger was significantly lower than that of the Tu-104A, primarily because of the greater passenger capacity. In addition, in the USSR there were only a few airports capable of receiving jet Tu. An-10 also had a rare combination of properties for a passenger liner: high flight speed and the ability to take off and land on ground and snow-covered airfields with a small runway. Considering these features, Aeroflot operated the An-10 on short routes with poorly prepared and unpaved lanes. And the first flight of Aeroflot An-10 took place on July 22 1959 of the year on the route Moscow - Simferopol.
Before 1960, 108 aircraft were launched.

The development of the lightweight twin-engine multipurpose short take-off and landing aircraft An-14, nicknamed "bee", began at the end of the year 1950. 14 March 1958, the "bee" first flew into the sky. The aircraft had a wing span of 22 m and an area of ​​39,72 m 2 with automatic and controlled slats, retractable flaps and hovering ailerons. Such a mechanized wing provided the aircraft with a steep trajectory of take-off and landing and sustainable planning at low speeds. The “bee”, even with its relatively large size, could take off and land at very small unpaved airfields. For takeoff in calm, it was enough to have a strip of length 100 – 110 m, with a head wind - even 60 – 70 m. The plane could reach a maximum speed of up to 200 km / h. With a maximum take-off weight in 3750 kg An-14 lifted into the air to 720 kg payload. "Bee" was used as a passenger, transport, communication, sanitary, agricultural aircraft. In the passenger version, six seats were placed in his cabin, the seventh passenger took up a seat next to the pilot. Serial production of An-14 began in 1965 year in Arsenyev, just before 1970, 340 aircraft were built, mass operation continued until the beginning of 80-s.

An-22, nicknamed "Antey", marked a new step in aircraft construction - it became the world's first wide-body aircraft. In size, it exceeded everything that had been created in world aviation by that time. The English Times, after the 15 International Paris Air Show, June 1965, wrote: “Thanks to this aircraft, the Soviet Union was ahead of all other countries in the aircraft industry.” And the French newspaper Humanite, whose journalists expected to see the world's largest plane monstrous and shapeless, called the An-22 "elegant and thoroughbred, touching the earth very softly, without the slightest shaking."
"Antey" was created for the transportation of various cargoes weighing up to 50 thousand kg: intercontinental ballistic missiles, engineering and combat armored and unarmored vehicles on artificial and unpaved runways. With the advent of An-22 in aviation, the problems of transporting various weapons and equipment in the Soviet Union almost completely resolved. An-22 could parachute a full company of paratroopers or 1 – 4 armored vehicles on platforms. In total, “Antey” has set over all time more than 40 world records. For example, in 1965, An-22 lifted a cargo weighing 88,1 t to the height of 6600 m to the sky, than setting entire 12 records of world value. In 1967, the Antey lifts the 7800 m to the sky with a weight of about 100,5 tons. In 1975, the Antey made an 5000-kilometer flight with a weight of 40 tons at a speed of about 600 km / h. In addition, "Antey" - record holder for dropping cargo.
The first flight of An-22 made 27 February 1965 of the year. Serial production was organized at the Tashkent aircraft factory. The first "Antey" began to arrive in the Air Force in January 1969. Production of the aircraft continued until January 1976. Over the 12 years, the Tashkent Aviation Plant built the Antey heavy aircraft, of which 66 is in the An-22 version.