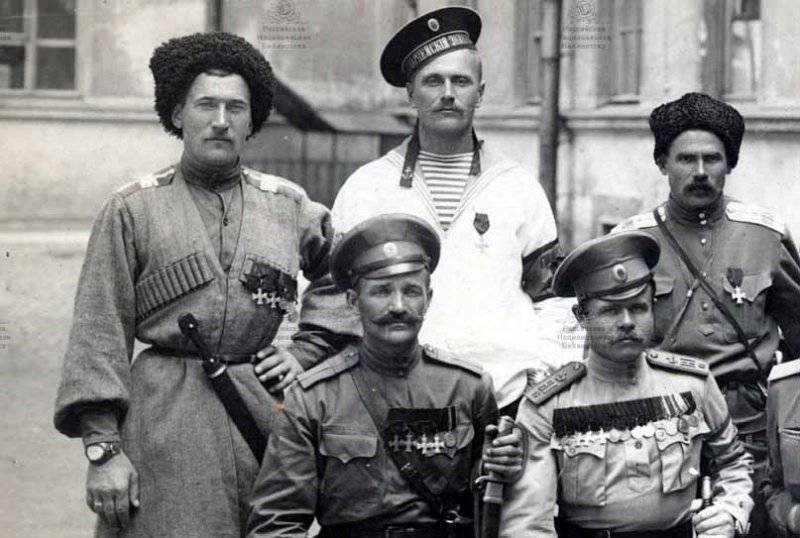 ] Today, many are wondering if it is worth it to remember the 1 date of August 1914. They say when it was, how much water has flowed ... Today there is not a single living witness to those events in the world. So, really, is it worth it?

World War I - the Great War, as it was called before 1 September 1939, in its consequences and influence on the course of the world stories, has no equal. The Russian, German, Austro-Hungarian and Ottoman empires disappeared from the political map. There are new states. It became another society. Changed attitudes, evaluation, culture and art, even fashion. The further evolution of humanity was a direct consequence of the tragedy. The war, like a giant ghoul, drank the forces of the peoples of Europe, devastated them morally and physically. By 1918, the maddened from the blood, their own and others, the soldiers had thoroughly forgotten, and many from the very beginning did not know what they were fighting for.

The patriotic euphoria of the first months after the declaration of war quickly passed. Began heavy military and trench everyday life. Great victories were replaced by defeats. By 1915, the standoff became protracted. For the first time it was about the struggle for survival, which required tension and the consolidation of all the forces of a belligerent state. In this regard, Russia was the most vulnerable. Nowhere has such a deep division in the upper levels of society been observed. An attempt by the ruling class to represent the Second World War failed. The aristocracy, part of the generals, members of the left parties, the liberal intelligentsia and the associated bourgeoisie openly expressed the opinion that Tsar Nicholas II was incapable of leading the country to victory.

The growth of oppositional moods and apathy in society and the army was partly determined by the connivance of the authorities themselves, who failed to restore proper order to the rear, which little resembled a fortress, ready to give all its strength to the front.
"Rasputin" in this series was only the tip of the iceberg.

In the end, it all ended with the February Revolution. It is obvious that the time for the displacement of the king was chosen, to put it mildly, not entirely successful, assuming of course that the main objective of the opposition forces was victory in the war, and not the seizure of power. So, Russia was gradually drawn into the most terrible form of military conflict - a civil war, the consequences of which we still feel.

I think that there is no reason to look for a more righteous sense of the origin of the First World War. Her character was and will forever remain imperialistic. The contradictions of the power elites of the Entente and the central European powers to 1914 heated up so much that the clashes could not be avoided, and the Russian and German empires became its strike forces, hammer and anvil. In essence, without their participation, war would not have acquired a global scale and characteristic bitterness. Many sensible people in Berlin and St. Petersburg were well aware that there would be no winners in the fight that had begun, that all would be swept away by the revolution. However, the inexorable logic of the laid foreign policy, along which the great empires moved regardless of the wishes and sentiments of the ruling dynasties, did not leave a chance to escape from a catastrophe. The war would most likely break out without a shot of Gavrila Princip. The war machine of the “iron” German Empire was already activated and, like a time bomb, counted down the time remaining before the explosion. The Sarajevo assassination attempt was not a cause, but only a formal reason for attacking Serbia, which was destined to become a collateral victim in a dispute between great powers for world domination.

The unjust nature of the war does not make the act of Russia, which stood for Serbia, less significant. Altruism in global politics was unknown before.

The understanding of our attitude towards the fulfillment of the allied debt can be found in the reasons for the unsuccessful East Prussian operation, which was carried out hastily at the request of the allies and ended with the death of General A.V. 2 Army. Samsonov. But the Germans were forced to transfer from the Western Front two army corps and one cavalry division, which ensured the French victory in the battle of the Marne and saved Paris. Having won tactically, Germany lost its strategic initiative and, in the end, paid for it with defeat in the war.

1915 to 1916 The Russian front was the main front of the struggle. He occupied and diverted the main forces of Germany and Austria-Hungary. During the fighting in the South-Western Front in the summer of 1916, even Turkish divisions appeared against the Russians. The Russian Expeditionary Corps fought in France, two separate brigades operated in the Balkan theater. Even after Russia left the war in March 1918 of the year, the German bloc held in Belarus and Ukraine a significant contingent that was very much needed in the West on the critical days of the 1918 summer-autumn campaign of the year.

Of course, the final of the Brest-Litovsk peace was a shame for Russia. By the way, Soviet historiography also did not try to present a truce with the Germans as a triumph for the young workers 'and peasants' diplomacy. As William Churchill said: “Destiny was not as cruel to any country as it was to Russia. Her ship went to the bottom when the harbor was in sight. She has already undergone a storm when everything collapsed. All sacrifices have already been made, all the work has been completed. ” You can’t say better, and Churchill is hard to be suspected of being too sympathetic to our country. And the sacrifices were and were considerable and they were brought to the altar of a common victory over the enemy, strong and insidious. In 1918, the Allies paid us back for this intervention.

The best died. More than two million of our compatriots died. Historians still argue about the exact figures of our losses. The graves of Russian soldiers remained in France, Poland, Romania, Serbia, Macedonia, Greece, and the Caucasus. It was the Russian army that saved the Armenian people from the genocide unleashed against them by the Turkish military. Made the first in the history of taran P.N. Nesterov - an outstanding Russian pilot-knight. The commander of the submarine "Shark" N.A. Humming - the inventor of the device, allowing the submarine to move in a submerged position with working diesel engines (now this device is known as RDP or "snorkel"). The Brusilov breakthrough, the only operation of the First World War that moved military scientific thought, went down in history. The principles laid down by A.A. During the development of the plan of operation, during the Great Patriotic War, Brusilov brilliantly realized and developed Marshal G.K. Zhukov.

And finally, the most important thing. 100 years ago, a Russian soldier came together in a battle with those who led Hitler to power in Germany a few decades later, who became the conduit for the misanthropic ideas of national socialism, who used the scorched earth tactics in 1914-1918. and came to our land again in 1941, kill, rape and rob.

The point in this story put in 1946 year, the International Military Tribunal in Nuremberg, which gave a legal assessment of the rules of war, which the German military elite began to run in on the margins of the First World War.
Probably for the sake of such a memory, and not for political reasons, for the sake of non-repetition of mistakes, for which we paid a very terrible price, we should recall the August 1 day 1914 of the year, when Kaiser Germany declared war on Russia.