"Iran remains a closed country for the West" 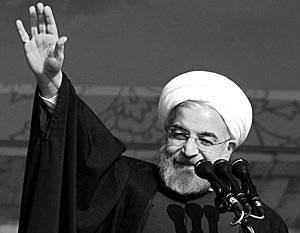 “One of the reasons for the seizure of the embassy by the Iranians was the desire to prevent the repetition of the events of 53. Revolutionaries needed hostages to thwart possible operations of American intelligence services, ”historian Nikita Filin told VIEW VIEW, commenting on the behavior of Iran’s current president Hassan Rouhani during the Islamic revolution that turned 35 years old.


Iranian President Hassan Rouhani spoke at a ceremony marking the 35 anniversary of the Islamic Revolution on Tuesday. With his speech, Rouhani confirmed the reputation of a cautious and moderate politician. On the one hand, he swore allegiance to the ideals of the 1979 revolution of the year and repeatedly threatened “external aggressors” who would dare to attack Iran. On the other hand, Rouhani never mentioned either the United States or Israel, did not allow himself any direct attacks against the West, which were often heard from the mouth of predecessor President Mahmoud Ahmadinejad.

“No country has been able to defeat us,” ITAR-TASS quoted the president. - The Islamic Republic held out against sanctions. Our country continues the path of development. "

At the same time, speaking of the changes that had taken place since the beginning of his reign, Rouhani noted, not without pride: “Today, six months after the beginning of the work of the new government, in universities and the press, we see that the atmosphere has become more free. The society has also gained more peace. ”

A significant part of the jubilee speech of the Iranian president was devoted to foreign policy - here Rouhani focused on "constructive dialogue with other countries on terms of mutual respect and equality." “In negotiations with the 5 + 1 group on the nuclear program, we want to say that Iran is not seeking enmity, confrontation with any country,” Rowhani stressed. At the same time, the president noted that Iran is determined to continue development in the field of nuclear technologies.

About the role played by the current president of Iran in the 1979 revolution, in an interview with the VZGLYAD newspaper, an employee of the Center for the Study of the Near and Middle East of the Institute of Oriental Studies of the Russian Academy of Sciences, candidate historical Nikita Filin.

VIEW: Nikita Aleksandrovich, what is Rouhani himself and his colleagues referring to the events of 35-year-old? Are they different in this from conservatives? 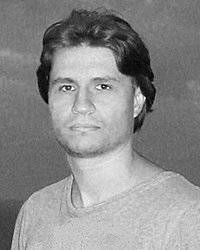 Nikita Filin: Both Rouhani and “more conservative Iranian politicians” consider the Islamic Revolution a boon to Iran, they simply interpret its conquests in different ways. Of the current Rouhani supporters in the 80s, many were fervent conservatives, radicals. They advocated total Islamization of all aspects of life. But at the beginning of 90's, they were ousted from the political arena and later returned with reformist slogans. Pragmatics prevail over ideology, when it is profitable, you can soften accents a little. I think that representatives of this camp perceive the events of 35 years ago differently than the so-called conservatives.

LOOK: When did Islamic revolutionaries in general split into reformers and conservatives?

N.F.: The division arose for the reason that as a result of the revolution many forces won at once, supporters of Khomeini were only one of them. For several years, they sought access to the levers of power, and as a result of this struggle to the 1983 year, apart from them, there was no other force left - the last was banned by the Tude Communist Party.

After this, disagreements began already among the adherents of Khomeini's ideas. One wing rested on supporters among the bazaar, the market, the economic elite, the other wing — Imamists — had no such supporters. And it was believed that the "bazaars" were more democratic, and the "Imamists" - conservative. Among the “Imamists”, however, was a group of conditional centrists, inclined to moderate reforms. Rouhani was one of them.

This division played its role, and, ultimately, the only party that remained at that time, the “Party of the Islamic Republic,” was dissolved in 1987 due to these contradictions. When a new Majlis gathered in 1988, the situation was such that he could not pass enough laws, since the president was a supporter of the “bazaar” Ali Khamenei, the prime minister was Muscavi’s Imamist, the Majlis also consisted of opponents of the “bazaar” the Supervisory Board, in contrast, consisted of most supporters of economic democratization. This stalemate caused a rather serious crisis.

LOOK: It is known that Rouhani himself sided with Ayatollah Khomeini, while still a very young man. What role did he play in the revolution?

N. F.: It began its activities in the early 60-ies. Being a rather charismatic young leader, he began to travel around Iran and preach against the Shah's government. In those years, he was arrested several times, forbidden to speak. He then supported Imam Khomeini, who in 1964 began the fight against the Shah.

By the way, there is an opinion that it was he who began to call Khomeini an "imam", and although this title did not agree with the Iranian tradition, however, he took root in the people. Before the revolution, he had to emigrate, and he joined Khomeini, who lived in exile in France. And February 1 1979, Rouhani returned with him to Iran.

Nevertheless, it cannot be called "especially close" to Khomeini. After the Islamic Revolution, although he held quite serious posts, these posts were parliamentary, for example, he was a vice speaker.

VIEW: How did Rouhani establish himself during the war with Saddam Hussein? He was a supporter of the struggle to the bitter end, or called for negotiations?

N. F .: During the war with Iraq, he showed himself rather a hardliner. He was a member of the High Council of Defense and at one time headed its executive committee, was deputy commander-in-chief, commander of the operational center and even commanded the air defense forces. He coordinated actions, but he was never a “negotiator”.

VIEW: As is known, relations between Tehran and Washington are still poisoned by an epic with hostages from the American embassy. How did that takeover of the embassy affect the US foreign and domestic policy?

N. F .: These events cost President Carter a post. It was because of the hostage situation that he lost the election to Reagan. He could not solve the problem peacefully, moreover, the special squad sent by him to free the hostages was also unable to complete the task and suffered great losses himself.

As is known, the CIA in Iran began to manifest itself during the reign of Prime Minister Mohammed Mossadegh in 1951 – 1953. It was the CIA that contributed to the overthrow of Mosaddyk. In this regard, one of the reasons for the seizure of the embassy by the Iranians was the desire to prevent the repetition of the events of 53. The revolutionaries needed hostages to stop the possible operations of the American special services.

The Americans reacted to the situation very painfully, it was a huge snap on the nose. They simply could not imagine that any country could do this way with the US Embassy and its diplomats. Indeed, it still leaves an imprint on how Americans relate to Iran, and prevents rapprochement.

VIEW: Did the Americans admit their guilt for these events, for interfering in the internal affairs of Iran? For the fact that the United States supported the brutal tyrannical regime of the Shah there?

N. F .: If we look at the American political situation, they don’t recognize or even know a lot. But there is a scientific community, a huge number of monographs have appeared on the causes and causes of the revolution, and the community recognizes that all this was in fact. Only English monographs turned out more than fifty!

It was important for American researchers, including those of Iranian origin, to understand why these events took place in Iran, why American politics failed so badly in this situation. After all, the revolution was a big surprise for America. True, we must admit that for the USSR too. When Brezhnev then congratulated the Iranian people on a successful revolution, no one yet knew what it would lead to.

VIEW: Carter’s then national security adviser to the United States, Zbigniew Brzezinski, called for an immediate invasion of Iran to save the Shah’s regime. Many years later, George W. Bush returned to the idea of ​​attacking Iran ... Can we say that the threat of a US war against an Islamic republic has now been eliminated?

N. F .: Yes, under President George W. Bush, such thoughts were voiced, and the American media prepared the nation for a possible campaign against Iran. Now, after the events of the Arab Spring, the geopolitical situation in the Middle East has changed. Plus, the situation in Syria, in which Iran plays a very significant role. Plus, the withdrawal of US troops from Afghanistan. All this forces sensible American politicians to consider Iran as an important player and continue their attempts at negotiations.

VIEW: Why is Hollywood still returning to the theme of the 1979 revolution of the year? How realistic are these events described, for example, in Ben Affleck's “Argo Operation” last year?

N. F .: Iran remains a closed country for the West, to some extent is an incomprehensible threat, and this stirs up interest.

I would not say that all moments are true in the same “Operation“ Argo ”. There are errors in the details. For example, one of the employees of the American embassy appears on the market without a headscarf - and everyone points at her with her fingers. Already by the 80 years, women were completely forbidden to go out with their heads uncovered, so its appearance on people in this form was almost impossible. In general, the plot is too wound up, in fact, everything was much more prosaic. I am sure that the Iranians did not make any chase after them, for example.

Ctrl Enter
Noticed oshЫbku Highlight text and press. Ctrl + Enter
We are
How can Russia survive and win in the 21st century?Russia: the Moon, Mars and further everywhere ... Speeches of the participants of the Izborsky club in the corporation "Rosobschemash"
Military Reviewin Yandex News
Military Reviewin Google News
3 comments
Information
Dear reader, to leave comments on the publication, you must sign in.