February 15 2014
178
The geopolitical, economic and humanitarian catastrophe associated with the collapse of the Soviet Union led to the power Olympias of new people who had to bow to the actual scriptwriters and sponsors of destructive tectonics. To bow out at least for the reason that without such third-party sponsorship, thoroughly mixed with the internal political "semolina", they could hardly ever get access to the captain's bridge. True, the overwhelming majority of the “new political elites” in the bowing process were hardly aware that their presence on the aforementioned captain’s bridge did not solve much, as the steering wheel was locked in one position - in the one that was most beneficial to “friends of new Russia ". The direction of the movement is “reefs”: internal discord (including on the basis of national and religious issues), permanent armed conflicts, economic insolvency, oligarchic struggle, neglect of cultural values, complete, let's say, the persecution of socially oriented policies, much more from that the same opera.


The fruits of this movement with the steering wheel locked by the “friends of Russia” and the course adopted by the representatives of certain political forces with great enthusiasm continue to “pour juice” today. And in this connection, the desire of all the same political forces to continue, no matter what, to focus exclusively on the Western model, if one may say, develop, cherish and cherish the dream that dollar savings will always be a guarantee of the Russian stability, ”while Western“ values ​​”will allow Russia to move to a“ right ”attitude to reality and to itself.

However, the further Russia moves away from the collapse of the USSR, the greater the number of people beginning to realize that the exclusivity of the pro-Western vector of further movement is not a panacea at all. Not a panacea - neither economic, nor, especially, a humanitarian one. The understanding of this has come to the Russian authorities, but the trouble is that not all of them. It is interesting that even today people who piously believe in the inviolability and correctness of the course of movement “proposed” by the West at the end of 80's - the beginning of 90's continue to remain in power; They firmly believe that no one can deviate from this course. You can not deviate, even if Russia almost ripped its belly "reefs" of the actual civil war in the Caucasus and the privatization of the nineties, almost disappeared from the financial map of the world in 98-m ...

Is there today an alternative to the way in which Russia was led from the end of 80-s - from the moment when our country was still part of another state, and from the moment when irreversible processes started? There is always an alternative, and today this alternative, perhaps more than ever, is perfectly visible. Alternatively, without losing sight of perturbations in the West, focus on the Asia-Pacific region (APR), use the experience of these most dynamically developing world territories today, and rely on the support of those states of the region that have recently expressed on most economic and political issues with Russia solidary position. The consolidation of all those forces in the post-Soviet space that do not aim their activities at the disengagement, do not base their policies on outright Russophobia, do not implement someone’s ideas of controlled or uncontrollable regional chaos should be a significant component of such a policy. Forces in the expanses of the former USSR, aimed at a truly fruitful cooperation, enough. 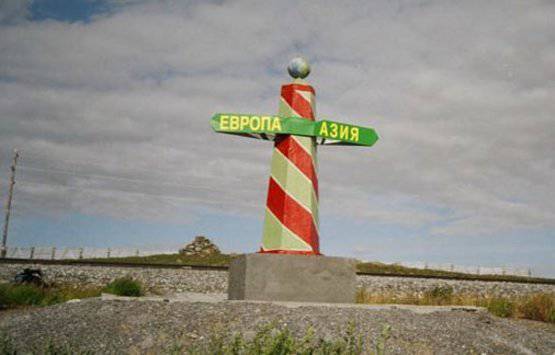 In this case, one important aspect must be taken into account: the more actively Russia leaves the influence of the West (the US and the EU, naturally), the more actively those who are not interested in the possibility of an independent Russian (Russian - Russian) will try to bring it back. in the broadest sense of the word) choice. Attempts to prevent integration processes within the framework of the Customs Union (platform for the future of the Eurasian Union), attempts to put a barrier in the way of a mutually beneficial partnership between Russia and, for example, China are being made more and more actively. Building an economic union of Russia, Kazakhstan and Belarus (with the possibility of other states joining it), Washington and Brussels, using, among other things, the Russian “mouthpiece” in the form of controlled NPOs (which, admittedly, have recently clicked well on the nose) , they are persistently trying to present as the “Putin” desire to recreate the Soviet Union. And the term “Soviet Union” among the masters with a “mouthpiece”, it is clear for what reasons, gives rise to extremely painful reactions: “violation of human rights” - skin itch, “restriction of freedom of speech” - tremor of both hands, “Gulag” - twitching of the left eye , "Kuz'kina mother" - up to loss of consciousness ...

For obvious reasons, these — which “with the mouthpiece of hyper-liberalism” —will not recall the developed industry, scientific achievements, social guarantees, accessibility and quality of education, big victories (both on the fronts and in the humanitarian industries) of the state’s existence on the world map which by the very fact of its existence made "someone who" nervously hiccup. For them, Russia is in alliance or a progressively developing conglomerate (voluntary and informed) with other states (be it Kazakhstan, Belarus, Armenia, Ukraine, Azerbaijan or China, Vietnam, India) - this is a priori irritant. Their task is to pour in more fecal matter through the window “cut into Europe” through the window itself - but nothing that they themselves are drowned in, but they do the assigned tasks.

They are furious that the voice is squeakier, less and less noticeable; They are furious that Russia’s opinion in the international arena has to be considered. One of these gentlemen warms up - they still have “their own people” in the Russian ranks. And if there are such people, then you still have to be a dollar jug ​​of “security”, to be serving oligarchic interests in the economic policy of Russia, to clarify interethnic and interfaith relations, or try to imagine what is going on like this. This virus is still sitting in the Russian body, but after a complete cure (and I want to believe that it will take place), amazingly strong immunity will come.

Ctrl Enter
Noticed oshЫbku Highlight text and press. Ctrl + Enter
We are
Situational analysis of the death of the MH17 flight (Malaysian Boeing 777), made on the basis of engineering analysis from 15.08.2014Results of the week. "God forbid to see Russian revolt, senseless and merciless!"
Military Reviewin Yandex News
Military Reviewin Google News
178 comments
Information
Dear reader, to leave comments on the publication, you must sign in.