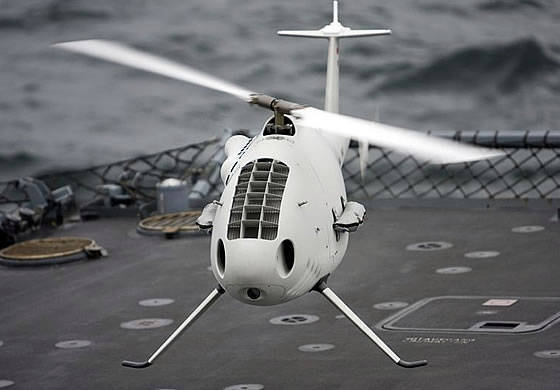 As it became known during the Singapore Airshow-2014 air show, the Austrian company Shibel (Schiebel) is conducting negotiations with the Vietnamese Navy Command on the supply of the Kamkopter helicopter type S-100.


According to Jane's Differences Weekly, referring to Andrew Byrne, Regional Sales Director for Asia-Pacific, Andrew Byrne, the company informed Vietnam about the capabilities of the S-100 UAV and plans to hold a demonstration of the UAV in several Asian countries.

According to E. Birn, information on the S-100 UAV has been transmitted to all potential customers in the Asia-Pacific region. Indonesia, Malaysia, Singapore, Thailand and Vietnam have already shown interest in the platform.

In case of purchase by Vietnam, S-100 UAVs will be placed on board two new Sigma-class corvettes (Type-9814) ordered by the country's Navy from Damen Schelde Naval Shipbuilding (DSNS).

In August, 2013, the DSNS, confirmed the sale of ships to Vietnam. Earlier, Shibel conducted negotiations with DSNS on the integration of Kamkopter systems aboard these two corvettes during their construction.

Vietnam in the region of Southeast Asia became the second customer of Sigma corvettes after Indonesia.

The company also developed the S-200 BLA project, which is three times the size of the S-100. At the moment, the construction of the prototype apparatus has not been completed.

Ctrl Enter
Noticed oshЫbku Highlight text and press. Ctrl + Enter
We are
Dil Difens conducted tests of IRIS-T SLM SAMThe global crisis and the “yellow threat” led to the arms race of the countries of the Asia-Pacific Region. Part of 2
Military Reviewin Yandex News
Military Reviewin Google News
9 comments
Information
Dear reader, to leave comments on the publication, you must sign in.