On the issue of contracts of Russia and Egypt 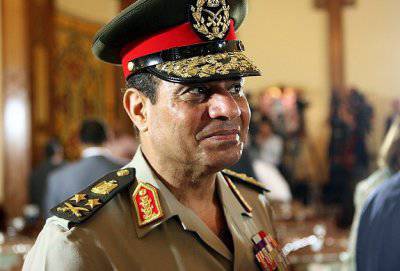 Recent reports about the purchase by Egypt of a large batch of Russian weapons at the expense of the UAE and Saudi Arabia have attracted considerable interest, especially in the absence of official comments. Since the data are somewhat contradictory, P. 2 considered it appropriate to try to clarify this story, referring to the original sources.


Egyptian newspaper Al-Mysriy al-Yaum became the main open source of information on major contracts for Russian weapons for Egypt. Judging by the portal edition, there were two notes. The first one appeared on Friday, February 7; the second appeared the next day. Since the English version of the first note is somewhat different from the Arabic, and the second one was removed from the site altogether, P.2 translates both texts from Arabic.

A senior official said the Kingdom of Saudi Arabia and the United Arab Emirates had a two-billion-dollar deal for Egypt’s arms for Russia, and the Russian and Egyptian parties had agreed on all the details of the contract financed by the said Gulf countries.

In mid-November last year, Russia announced the receipt from Egypt of an application for modern Russian weapons worth up to two billion dollars, including air defense systems, combat helicopters, MiG-29 family of fighters, Kornet anti-tank systems.

Saudi Arabia on the basis of the June 30 revolution (a coup in which the army deposed the lawfully elected Islamist President Mursi - approx.) Provided Egypt with economic aid in the amount of $ 5 billion; In addition, in the person of Foreign Minister Prince Saud al-Faisal, the Kingdom played a role in correcting Egypt’s image and carrying the truth about what happened after the June 30 revolution.

The source of the newspaper explained that the military contract is carried out within the framework of large-scale support by the Gulf countries of Egypt and the outcome of the June 30 revolution, stating that after the upcoming presidential election this support is expected to increase significantly.

The head of the Egyptian government, Hazem al-Beblavi, who visited Saudi Arabia two days ago, held important negotiations with the heir to the throne, Deputy Prime Minister of the Saudi government and Defense Minister Prince Salman bin Abdel Aziz Al Saud, during which economic the situation and political situation in Egypt, as well as the future of the Road Map.

As Al-Mysriy Al-Yaum was recognized, Abdel Fattah al-Sisi, the first vice-premier of the Egyptian government and the minister of defense and military industry, will depart from Cairo to Moscow, the capital of Russia, where he will sign a special agreement on the Russian deal. armament for Egypt, the cost of which will cover the Kingdom of Saudi Arabia and the United Arab Emirates and the amount of which reaches two billion dollars. Meanwhile, yesterday, February 7, the head of staff of the Egyptian Armed Forces, Lieutenant General Sedki Sobhi headed the delegation on a two-day visit to Abu Dhabi, during which he will meet with a number of officials.

In the upcoming trip, which will last less than a day, Al-Sisi will be accompanied by Foreign Minister Nabil Fahmy. It was decided that the first contract delivery will take place in April 2014, after the presidential elections in Egypt.

As stated by a high-ranking source, al-Sisi will sign his name as Minister of Defense and out of touch with the presidential election. A source who wished to remain anonymous confirmed that the heir to the Saudi throne, Prince Salman bin Abdul Aziz Al Saud, the Deputy Prime Minister and Minister of Defense of Saudi Arabia, had been in close contact with his high-ranking counterparts from Egypt and Russia over the past two weeks. preparation of the transaction. In addition, the Kingdom took on most of the cost burden, and the rest covered the UAE.

The source added that the deal includes modern defense systems, military helicopters, fighters and air defense systems. Regarding the visit of the Chief of Staff of the AFE AE in the UAE, informed sources report that during this visit it is planned to discuss ways to strengthen cooperation between Egypt and the UAE in all areas.

The Ambassador of Saudi Arabia in Cairo, Ahmed Abdelaziz Kattan, said in turn that "the Kingdom has occupied and will always take the side of Egypt and will not turn away from it under any circumstances."

On the other hand, informed sources say that al-Sisi will announce his candidacy for the presidency within a week after returning from Moscow and completing the transaction, which is considered the largest weapons Egyptian contract outside of US military assistance.

A source at the Russian embassy in Cairo confirmed the Al-Arab al-Yaum portal that Egypt will receive the first batch of modern Russian weapons in a matter of months and no later than the middle of the year. The degree of awareness of the portal P. 2 is not evaluated.

At the same time, one of the retired Egyptian generals told the local press that al-Sisi’s visit to Moscow to sign arms contracts seems unlikely, since concluding transactions is not the responsibility of the Egyptian defense minister.

Ctrl Enter
Noticed oshЫbku Highlight text and press. Ctrl + Enter
We are
Saudi Arabia is considering the acquisition of German tanksThe 20 rating of the largest arms deals, decisions on which were made in 2012
Military Reviewin Yandex News
Military Reviewin Google News
16 comments
Information
Dear reader, to leave comments on the publication, you must sign in.