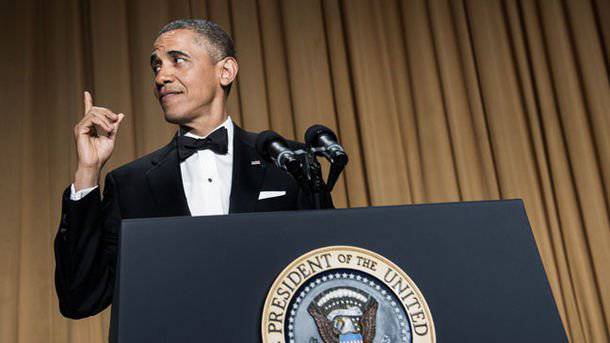 The other day, Barack Obama read out the traditional annual message to Congress. In a peculiar manner, 44-th President of the United States plentifully sprinkled with hyperboles and factual inaccuracies. However, when the experts compared the performance with the statistics, the rainbow American idyll instantly turned dark with dark tones.

FALSE #1: US people believe in the American dream 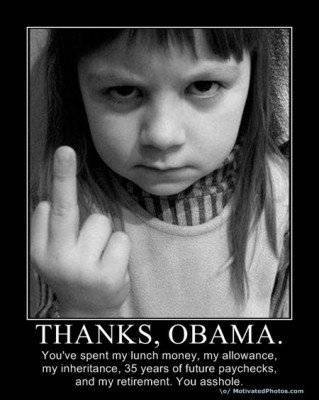 The first inaccuracy was discovered by journalists in a phrase dedicated to the “American dream”. “I believe that our people believe in opportunities for all,” Obama said. Meanwhile, sociological data suggests that 64% of Americans believe in the death of the “American dream” because of growing inequality in society, 68% of Americans say that the income gap is growing, 73% of those surveyed with annual incomes below 50 thousand dollars, consider the US economy unfair.

Children from the industrial states of the Midwest are less likely to climb the social ladder than their peers from other regions. In addition, the social position and salary of Americans depend on parental capital more than in any European country. Thus, “social upward mobility in the United States is a myth,” writes The Huffington Post. “Lack of equal opportunities affects motivation and reduces labor productivity, which adversely affects the economic potential of the state, not to mention the heavy social price generated by inequality - violence and instability.”

Barack Obama mentioned the fall in white-collar income. “Changes in technology and competition in the global market have led to the disappearance of work for the middle class,” said the president. It’s hard to disagree, many jobs that traditionally helped their owners out of poverty today no longer generate enough income. Over half a century with wage growth in 7,5 times, the consumer price index increased 12-13 times, and for some groups of goods and services - as much as 20 times. But the fault is not abroad. These are internal problems of the economy, in particular the so-called “consumer lending bubble”. In addition, according to The Huffington Post journalists, this is aggravated by the irresponsibility of the Americans themselves, who have lost trust in the trade unions and have become defenseless in front of employers.

The head of the White House in his address touched the problem of growing poverty. “No one who works every day should raise a family in poverty,” the president noted. Meanwhile, in America, the number of citizens who work and live below the subsistence minimum in 2013 reached 9 million. Moreover, these numbers are constantly growing. The picture will be altogether terrifying if you add here unemployed Americans, the number of which, according to official data, is about 50 million.

FALSE #4: USA is a country of equal opportunities for women

Barack Obama also mentioned the important role of women. “They make up half of the total working population. A woman deserves decent pay for the work that she does on a par with men, ”the president said. Alas, The Huffington Post journalists point out that some equality is observed in the lower levels of the professional hierarchy. At the same time, women make up only 4% of participants in the 500 ranking of the best top managers of Fortune 500. And the number of women in Obama's office remains the same as it was under Ronald Reagan 20 years ago.

Moreover, working women, regardless of their education, earn an average of only three-quarters of "male earnings". Due to lower income, and also, since unmarried and divorced women are usually responsible for raising children, they are more likely to live in poverty than men. These sobering statistics presented in the report “Women in America: Indicators of Socio-Economic Well-Being” are evidence of the continuing gap between the sexes in the United States.

FALSE #5: the minimum wage in the US is equal to the subsistence minimum

The President of the United States promised in his speech to increase the cost of living. “Now the minimum wage is such that you can buy it at 20% less than 20 years ago. Tom Harkin and George Miller proposed a bill that will raise it to 10,1 dollars an hour, ”Obama said. Meanwhile, according to a study by the Wilder Opportunities for Women Foundation, the cost of living even in the cheapest for life state of South Dakota is 10, 2 dollars per hour. This is ten cents more than the figure sought by congressmen.

However, the real poverty threshold is even higher. “We just live from paycheck to paycheck,” says Dawn Holmberg, 43-year-old cashier and single mother who earns 10,5 dollars per hour, “We are not beggars, but after I pay for rent, utilities, child care and I buy products, I have practically nothing left for personal needs. ”

According to experts, the minimum hourly wage should be more on 8 dollars, so that by purchasing power it equals the “golden age of America” ... 1960 year. 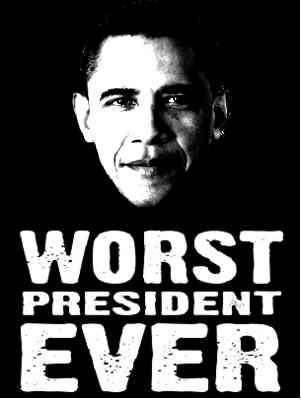 In general, it is difficult to disagree with one of the strategists of the US Republican Party, Alex Castellanos: “Barack Obama’s speech is very similar to sex. Even the most disgusting looks great in it, ”he said in an interview with CNN.

Jokes - jokes, but the findings suggest disappointing. Either Obama does not represent the real state of affairs in the country and then you have to strictly ask his numerous apparatus of advisers, or he keeps the American people, first of all, the entire legislative body to whom the message is addressed, to put it mildly, not very smart people.

It is not surprising that the people reciprocate the president. Today, Americans ’faith in the future is weaker than ever. Trust in Congress and the government is extremely low. The head of the White House is no exception. Obama's January rating barely exceeds 40%. For comparison: Reagan in the fifth year of his stay in the White House had a rating of 62%, and Clinton had a rating of 59% ...