March 30 2011
23
Hard to find in the newest stories Russia, more hated by ordinary people (those who do not own “ships and factories”) than the first president of the Russian Federation - Yeltsin, Chubais and Gorbachev. These figures embody the Age of Destruction.

And the current president of the Russian Federation seems consciously, or foolishly, ready to enter his name in the destroyers legion. 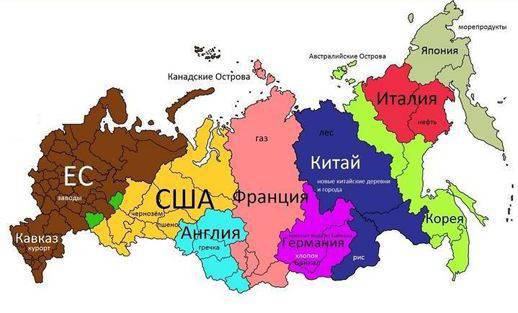 - Renaming the police to the police, as if from this law enforcement agencies will work better. Here Beria’s methods helped - “cleansing” the Ministry of Internal Affairs, with long terms for corrupt officials and confiscating the property of all relatives, if they could not prove that they earned it honestly - they bought it for “salary”. By this action he “spat” on veterans and residents of the occupied territories, who still remember the “policemen”.

- “Reform”, or rather the finishing of the remnants of the Soviet education system - the methods of Fursenko and his predecessors resemble the plans of the Nazis.

- Russian President Dmitry Medvedev in Yekaterinburg took part in the opening of the monument to the first president of Russia Boris Yeltsin, who would have turned 1 on February 80. That is, Medvedev challenges the overwhelming majority of the people of the Russian Federation, because in all polls they hate him, or at least consider him a fool and an alcoholic.

- Military reform, which of course has matured and even matured, but what we see is that the number of armed forces is dwindling (under conditions of a constant increase in external threat), old equipment and ammunition are being recycled (although some experts say that equipment can be retained to arm the second division , the third stage, if the personnel structure will be knocked out, and the militia, and use ammunition - by giving "shoot" to servicemen who come from the army after shooting a couple of times). There are many issues with rearmament - the new equipment comes in single copies. Ships and submarines are built with a huge delay.

- Juvenile justice is being introduced (following the example of a number of Western states, such as France, where children are taken away from their parents by thousands and parents can not even be slapped by a loose child), this step deals two blows to the family - parents turn into powerless "life givers" (in some countries In Europe and the United States, even the word “father and mother” is already banned), children get more “freedom”, i.e. it will be easier for them to decompose, they will not even pull them down with a word. The institution of the family, which is the basis of the state, will be finally “undermined”.

- Liberalization of the Criminal Code, for 68 types of crime the minimum term is reduced to two months imprisonment. For example: in the framework of the “liberalization” of the Criminal Code, for example, imprisonment for two months for causing serious bodily injury with a fatal outcome will be allowed. It is enough for the murderer to explain that he did not want to kill anyone, but simply inflicted bodily injuries, and if the victim died of these injuries - well, what can you do about it, the person was unlucky. In the list and commodity smuggling, it will no longer be a criminal offense. Basically, presidential amendments will affect economic articles - such as fraud (Art. 159) or “theft of items of particular value” (Art. 164). In the first case, the defendant could get the lower limit 2 of the year, in the second case - in general 6 or 8 years. Now, in both cases, even with the composition of the crime, the defendant may be justified - the judge may well find compelling reasons for such a decision (for example, illness) Full text of the amendments: http://www.pravo.ru/news/view/43481

- The Council for the Development of Civil Society and Human Rights under the President of the Russian Federation published “Proposals for the establishment of a nationwide state-public program“ On perpetuation of the memory of victims of the totalitarian regime and on national reconciliation. ”In these, the Human Rights Council under the President of the Russian Federation recognized the responsibility of the USSR for genocide and The Second World War. In other words, we were all "signed" to repentance - Russians were not beaten much and slaughtered in the 20 century, now we are equated in the Third Reich.

- Moscow has hung the Katyn tragedy on Russia, now the Poles can demand compensation, although God's Providence has made its own adjustments - the fall of the plane with the Polish elite.

- Clearly not "chopped off" all the claims of Japan.

- Involvement of the Russian Federation in the WTO, which will strike and so "breathing its last" industry and agriculture.

- Nonsense regarding Libya, Libya - the beginning of the Great War - the war of the North and the South, Serbia 1914 of the year. The Western coalition actually threw off the mask and said that the time of total domination is returning without the illusions of "democracy." What does Medvedev do? He almost “inscribed” us in the Western camp, instead of a clear position of non-interference in the internal affairs of the state, which has every right to crush the military insurgency and its separatists.

Now we can expect Russia to join NATO, the signals are clear. It will be a "pipe" full and hopeless. The Russians will fight for London and Washington.

Apparently, Medvedev focuses on the development of INSOR (Institute for Contemporary Development). The first report of the institute: “Democracy: the development of the Russian model” was prepared in 2008 year and was presented in parallel with the Medvedev message, with which the newly elected Putin successor addressed the federal assembly for the first time. The two documents coincided in many respects. In the subsequent 2009 year many studies INSOR began to use the word “modernization.” On October 10, Medvedev published his article “Russia, go ahead!” In 2010, INSOR essentially published a futuristic report, “Russia of the 21st Century: Image of Desired Future”, in he created the image that the country can acquire in the period after 2050. Recently he presented a report - “Finding the future. Strategy-2012. Synopsis.” The institute proposes to “restart democracy” in 120 steps, which the so-called “vertical of power” has limited ". INSOR suggests: lowering the 5% barrier to passing parties to parliament," restoring parties ’right to create electoral blocs," returning to direct elections of governors, "canceling" actual censorship on federal television channels, "" canceling informal restrictions commented on the financial support of parties independent of the Kremlin "," liquidation of the administrative judicial vertical "and even" fair elections. " That is to restore the "democracy" 90's. The ideal of the liberoids is the maximum non-interference of the authorities in the affairs of the people and the free intervention of the people in the affairs of the authorities.

- They propose to dissolve the Federal Security Service, whose place should be taken by the “Federal Service for the Protection of the Constitution”, in order to fight not against noble oppositionists, but exclusively against evil “Russian extremists”.

- In the field of public administration, according to the authors, it is necessary to accelerate the creation of e-government.

-Prohibit the propaganda of Stalinism.

- Granting more freedom to regional business and government, that is, recalling EBN - “take sovereignty, how much you swallow” and what it has led to, have not yet been settled.

- In foreign policy - accession to the WTO, to NATO (it is said about the desirability of military participation in NATO operations).

- The demilitarization of all departments, the transfer of the army on a voluntary basis, the reduction of the armed forces to 0,5 million.

- Liquidation of the Ministry of Internal Affairs (which is done). The main assignee of the Ministry of Internal Affairs will be the Federal Criminal Police Service (FSKP), which fights criminal offenses. Municipal militia given to local authorities. “The functions of the long-eliminated traffic police are divided between the regional police, the municipal police and the civilian traffic service, which is responsible for monitoring the technical condition of cars, granting rights and providing methodological support for the organization of traffic.” Internal troops will become the National Guard, subordinate to the direct president.

What the “Perestroika -2” will lead to is probably not necessary to explain. It is enough to open the textbook of recent history. The Russian Federation is planning to dismember and finally solve the “Russian question”.