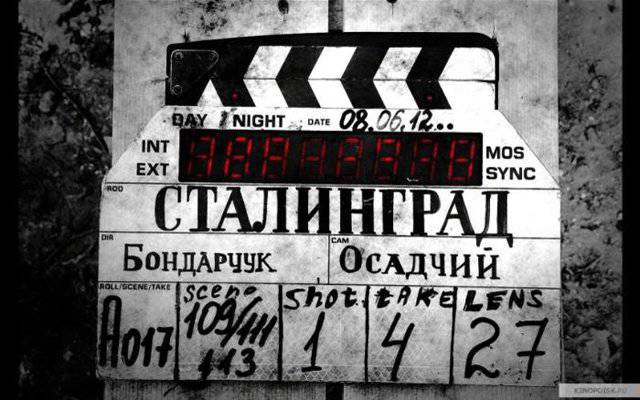 “Drama Fyodor Bondarchuk“ Stalingrad ”did not make the short list of nine candidates for the Oscar in the nomination“ Best film in a foreign language ”.

The film "Stalingrad" Fedor Bondarchuk initially had no chance of winning, said Culture Minister Vladimir Medinsky at a press conference held on Friday in Moscow. “From the very beginning, I told Fyodor Sergeyevich:“ You don’t even hope. ”Firstly, in“ Stalingrad ”, Lend-Lease, where the American stew is not shown at all, is not focused on the American role in the victory, not enough politically correct selection of actors”, - the minister said, noting that “Oscar” - “is an extremely politicized история".

Medinsky compared the situation with the Bondarchuk film with the story that took place at the Cannes Film Festival with the film “Burnt by the Sun-2: Imminence” by Nikita Mikhalkov in 2010. "15 minutes standing up all clapped and only thought: it will be the" Golden Palm "or" Grand Prix ", but in the end does not receive any prize at all," - said Medinsky. In his opinion, this is because the film "shows the greatness of the Russian spirit."

And I would like to say that we already have a certain tradition when sending any projects for competitions. If the product is of high quality and receives a prize, the officials are all right. If, however, we expose a frank hack like “Burnt by the Sun - 2” and this is followed by the expected failure, immediately begin talking about “extremely politicized stories”

Ctrl Enter
Noticed oshЫbku Highlight text and press. Ctrl + Enter
We are
"Our answer to Spielberg," or Should foreign films be banned - 2The full text of Nikita Mikhalkov's statement about leaving the members of the Public Council of the Russian Ministry of Defense
Military Reviewin Yandex News
Military Reviewin Google News
155 comments
Information
Dear reader, to leave comments on the publication, you must sign in.